Hi Everyone, this is my first post.
I’m a big fan of the red series switches, and I’d like to order more, but I need some help before I order my next batch.

I have a 4 gang box near my front door. I have attached a wiring diagram that I made myself (at this point, you’ll probably be able to tell I’m not an electrician!) 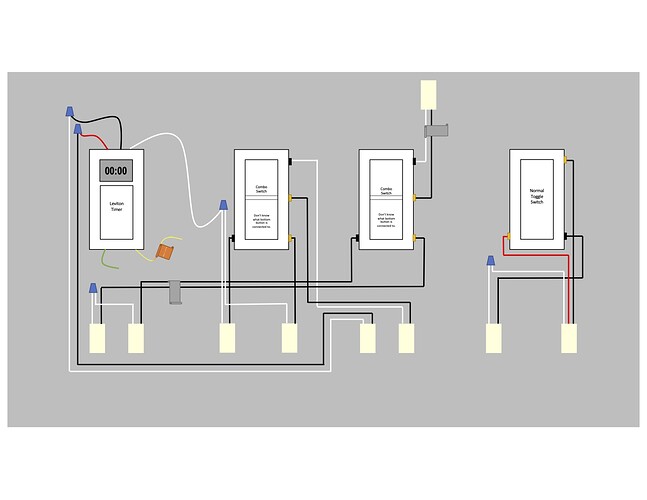 The first three switches are on their own circuit, and the far right switch is part of a 3-way on a separate circuit.

So I guess I need to figure out the following:

Thank you in advance!

Yikes . . . How confident are you that the timer connections are drawn correctly?

I blurred out most of your drawing to just focus upon the timer. That looks like power is coming from the light via the 2-wire. But the Leviton needs a neutral, so they grabbed one in the box. The Leviton’s black lead is the incoming hot, the red lead is the outgoing (load) switched hot and the white goes to a neutral. But there has to be a hot on that circuit in that box so I’m not sure why they took a hot coming from the light unless it was wired that way originally.

Based on your drawing, I’m guessing you have Romex so you can use a meter to test between conductors and the bare copper ground for voltage. Disconnect the white/black connection on the timer and test the white on that 2-wire for a constant hot.

Let’s take this one device at a time. 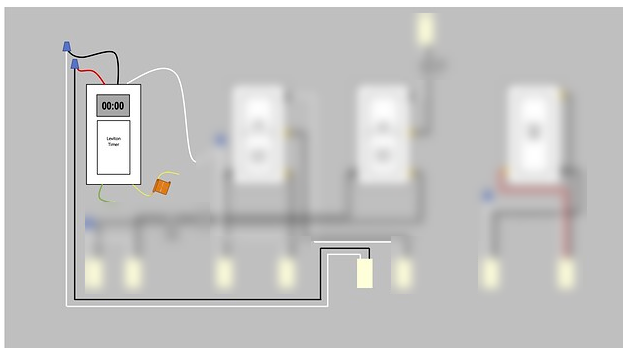 Bry,
First - thank you for getting back to me so quickly. This is my first post…like…ANYWHERE, so I really appreciate it.
I am pretty confident that the timer wires are correct…and I will double/triple check and update the drawing if I need to.
Just to make sure you understand what I’ve drawn from the timer:

I will open this box again and test the wires tomorrow and then write back to you.
THANK YOU.
JP

Have you checked whether the bottom half of the switches may control an outlet? Sometimes 1/2 of the outlet is controlled by a switch, so make sure you check both outlets. Is it possible they control outside lighting?

The I just tested the black wire going to the leviton timer (the one connected to the red) and the multimeter was showing numbers between 120 and 175 (back and forth - I’m writing in as much detail as I can).

Then I tested the white wire going to the leviton timer (connected to the black) and the multimeter showed a lower number, albeit not exactly 0.

Snyderr - if those lower parts of the combo switch are connected to outlets, we haven’t found any that seem to be connected. I’ve run around with an outlet tester and an electric razor (don’t ask) and haven’t found anything! There’s another one of these switches in another part of the house, and it also seems to do nothing.

When I flip the power to test this circuit, there is an audible noise coming from a box situated above the breaker panel (I’m flipping a relay of some sort when cycle the breaker). Going into this box is a wire labelled ‘PHOTOCELL’ - if there is a photocell in our house, we have yet to find it. There’s also a wire coming into the panel that says ‘LANDSCAPE’…and we have NO landscape lighting that I have found.

I’ve included a picture of this box (all the wires at the bottom of the pic are headed into our breaker panel which is sort of mounted horizontally below this box). The noise is coming from this box. I’m including this because you’ll obviously know if this is relevant or not. 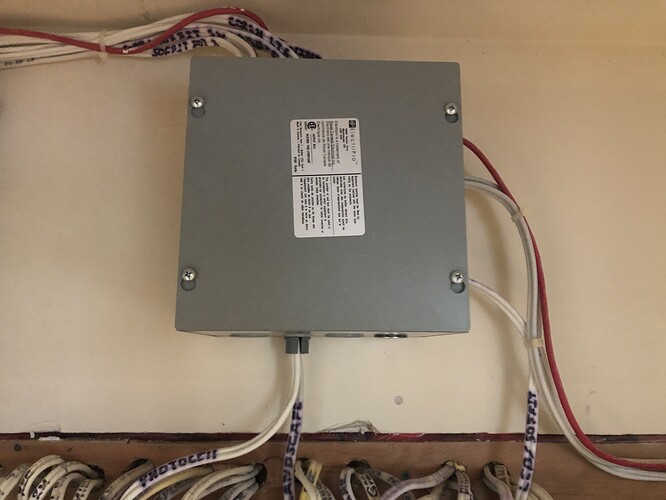 Have you opened the box to see the inner wiring? It sounds like there may be a transformer that controls low voltage landscape lighting. Sometimes builders add these things for future expansion, which makes life easier, but since the previous owner didn’t leave the lighting, or maybe never had it, it’s hard to track down what it controls. I suspect the photocell is for outdoor lighting… maybe a lamp post or garage lighting. You should look around the perimeter of your house or under a deck to see if there are any outdoor connections, outlets, or switches. Opening the box may shed some light on it as well…no pun intended.

Snyderr - I took a picture of what’s in that box. I don’t know if I’m worse of now than before…ugh.

Again, if there is landscape lighting or a lamp post with lighting, we have yet to find it! We don’t have a deck (flat patio stones), but we do have outdoor receptacles/outlets. All seem to be working without being tied to these combo switches. Garage works perfectly fine on its own (with an inovelli switch I might add!).

Let me know your thoughts. If at any point you feel I should get an electrician to visit, feel free to let me know that. 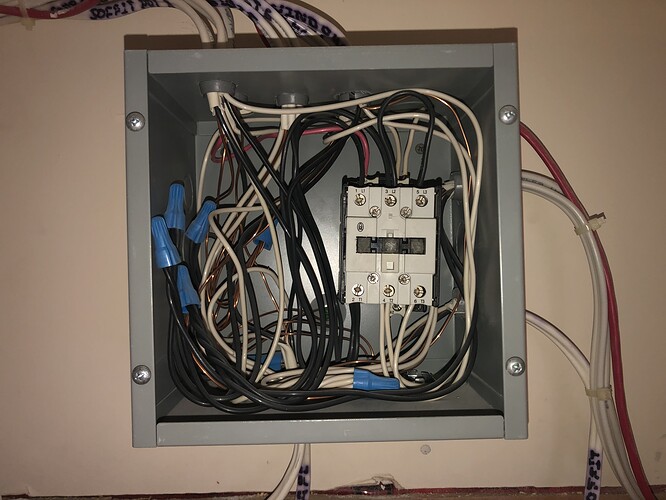 Unfortunately it’s hard to discern any wiring details from the picture. It appears to be a multi-tap transformer but without measuring voltages it’s hard to determine what may be attached. Is the 4-gang box wall open to be able to determine where the cables run? It looks like the electrician was very studious in labeling the cables. At this point, you could turn the circuits off and try to get a toner to trace the line.
Do you have any contact info for the seller you purchased from? It may be beneficial to see if they can tell you.
Otherwise, if you are not comfortable poking and prodding, I would recommend asking an electrician to trace the circuit. You’ve obviously checked all of the visible elements, so it may be something that is hidden, such as attic circuits, landscape boxes that are hidden behind bushes or in the ground, or something else. Sorry I couldn’t help you more.

I agree that an electrician is warranted. The box is simply a junction box used for a variety of purposes, so it’s generic. That looks like a lighting controller inside but I don’t recognize it. I suspect that at least at one point, you had exterior lighting, landscape, wall and soffit lights that were controlled via a photocell.

Whether any of this is related to that four gang box remains to be seen. But the fact that you have switches you can’t find what they operate combined with the fact you have a switch loop for the time light that most would think should have a hot originating in that box really warrants a close look by an electrician.

If the electrician has questions about wiring the smart switches once he/she figures everything out, we can jump back in. Smart switches are new territory for some electricians, so we’ll be glad to help.

I really appreciate the advice guys. Will be back in the future if we need help with the smart switches. Thank you!

By the way, Bry - in order for me to shut the power to the leviton timer and two combos in the 4 gang box, i trip the breaker this box appears to be attached to (so must be related somehow). I’ll see if I can get an electrician to figure this all out.