I’m trying to install a gen2 red dimmer without much success.
I’ve wired it up and the led blinks red every second or so. Pressing the config button doesn’t change the LED blue and neither does holding it for 10s to enter configuration mode.
I tried looking up what a blinking red led but couldn’t find an error code table. 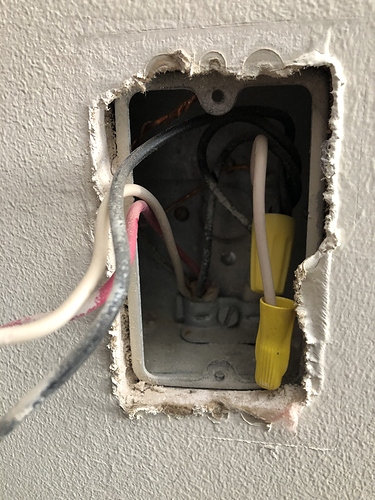 I’m attaching a picture of the old switch as it was wired. I hooked up the white that not connected as a neutral and the ground, line, load, and ground accordingly.

Something seems wrong that all the black leads are capped together. It looks like you have line/load in separate boxes. Have you confirmed line is for sure in this box? If so, your switch is set up per the schematic on the top of page 8?

Something seems wrong that all the black leads are capped together.

Agreed. Plus the white single conductor with the wire nut doesn’t look correct either.

OP, do you have a picture with the wires connected to the original dumb switch? It would make it easier to figure out if we can see the original wiring. If by chance you started moving things around and then took a picture, it makes it more difficult.

That being said, presuming that you have confirmed that the line is in this box and this is a NORMAL 4-way wiring scheme:

Yeah. I did think it was strange the blacks were capped off. I guess I’ll have to separate them and test if line is coming from that box.
The other 3-way just looks like this: 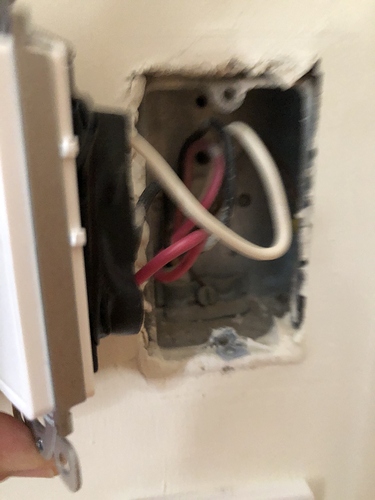 The 4-way is just all traveler (white and red).

I should add that this controls a plug, not a light fixture if that makes a difference, the only thing plugged are 2 floor lamps with LED bulbs.

I should add that this controls a plug, not a light fixture if that makes a difference

It shouldn’t. Ultimately the load show up via 2 conductors.

Looks like just one 3-wire in the 2nd box, which likely means the load is in the middle. 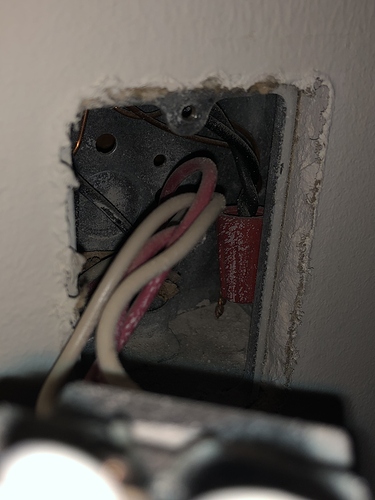 The 4 way switch pictured has travelers that are red and white and the blacks are capped off.

Thanks for all the replies so far!

I’m starting to think whomever wired that run switched up colors. I suspect the blacks are all wired as “neutrals” but to do so, they either would have had to switch it at some other box, or somehow it was wired incorrectly to the panel.

I’m no electrician, but that’s the only reason I could see for the blacks to be all capped together in multiple boxes.

Unless you can figure out for sure what is going on, I’d recommend getting an electrician in for this run.

Agreed.
I’m going to just put some smart bulbs in. The previous owner did some weird wiring that messed me up when I was changing out some outlets.