Boy I thought this one would be simple!

Pulled out my switch today to see what I was up against and it wasn’t wired the way I expected it to be. Its a single pole switch running the fan and light at the same time (fan is a older remote model which I am hoping has a removable RF module that I can swap out once I get to that point).

Photos attached of what I’m seeing. There is a red, black, white wire coming in. Red and black are hooked up to the switch. White is capped.

In my every learning mind I am thinking that the power for the fan is at the fan side of things since the switch box only has one wire coming in?

I think the thing that’s got me confused is the red wire. Im not sure why its there and why the white (assumed neutral) is capped?

Do these photos tell anyone if I am even going to be able to use the light/fan switch in my setup?

I havent pulled apart the fan itself as of yet which of course would probably tell us more! 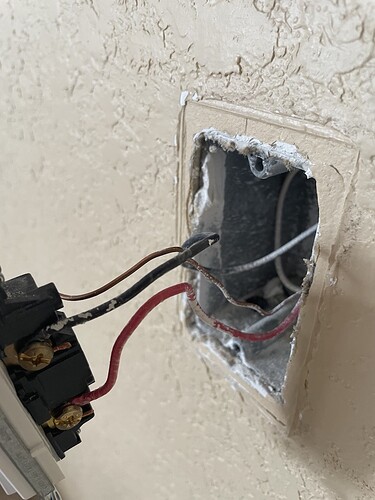 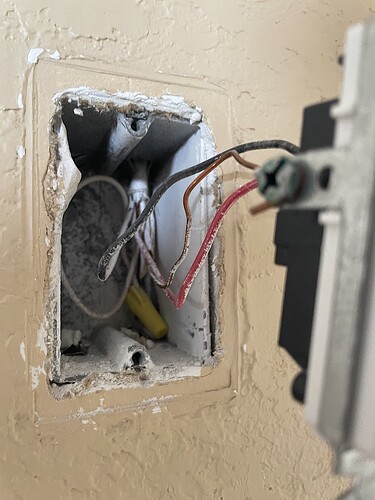 My best guess is LINE is at the fan and a 14/3 wire was ran from the Fan to the switch box. They used BLK and RED to send LINE to the switch and back up to the fan.

We’ll need confirmation with pictures at the fan box though.

If confirmed, I would rewire the fan box and keep line/neutral at the canopy and pigtail the BLK and WHT 14/3 that goes to the switch box line/neutral bundle for the switch line and neutral.

Thanks alot @harjms that’s what Im thinking as well. Will be pulling the fan apart tomorrow and will definitely post some more pics.

Ok so I got into the fan canopy and I think I understand what to do but wanted to run it by here just in case.

The red going out is nutted to the “AC in L” on the old receiver.

Would the Inovelli wiring diagram for a fan with power coming into the canopy using no pull strings be what I want to use?

Any help is greatly appreciated! 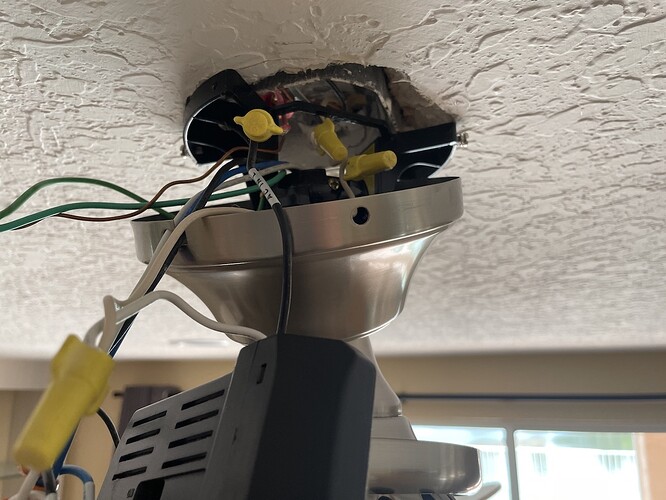 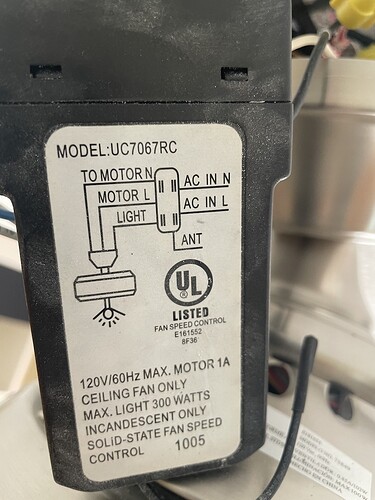 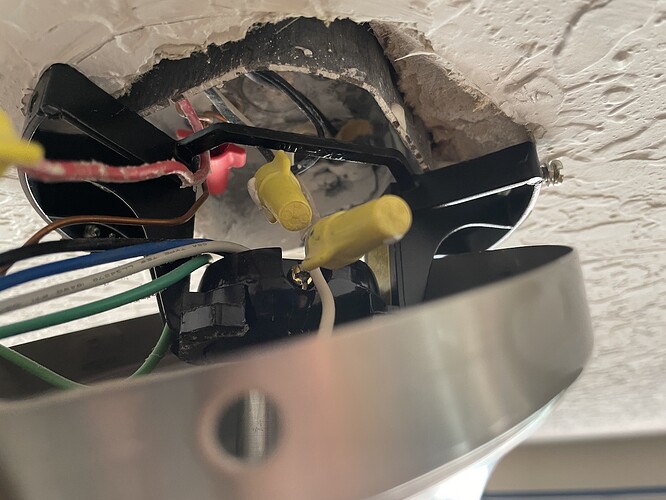 Would the Inovelli wiring diagram for a fan with power coming into the canopy using no pull strings be what I want to use?

Does your fan have pull strings or not?

It does not. It has its own receiver shown in the photos that I am hoping to swap out.

Can we get a model number of the fan? Just want to make sure it’s not a DC fan.

Sadly it a recently purchased house with an existing fan. I cant find any markings on it anywhere.

Use the no pull strings one: 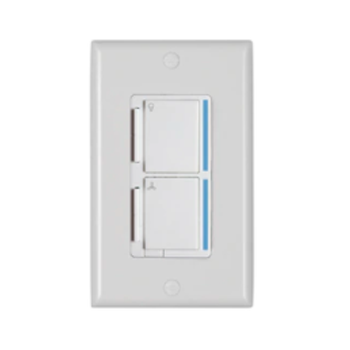 Rewire the fan box to mimic the diagram. Note the differences in RED and BLUE wires on the canopy. BLUE is generally the light on the fan.

Im wrong. I found this and am looking it up now. 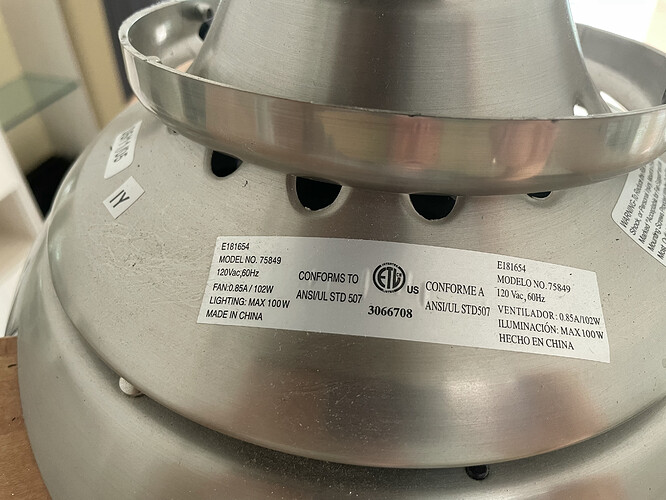 Its this fan. Im not seeing anywhere specifically stating its AC but I would venture to guess at the price it is.

Getting to the same results. I think you’ll be good to go; however, you won’t have reverse fan switch option unless theres a switch on the side.

There is a physical switch to reverse it so no worries there.

This is how I want to re wire it correct @harjms?

Just make sure you’re sending LINE/NEUTRAL to the Switch box for the switch.
Make sure you capture the NEUTRAL bundle which has pigtails to the switch^, canopy, AND fan. Some people forget neutral is not provided to the fan via the canopy.

and my existing red wire can be capped at both ends and not used at all correct?

Correct. Make sure you cap it!

Will do. Thanks for your help!

This is my first power at the fixture so it is a bit more difficult to wrap my head around but I’m learning thanks to generous folks like yourself!

Well it all works!

Wiring it exactly like the Inovelli schematic would power the module and light at the fan as it was pulsating in an attempt to pair with the switch but the switch itself didn’t seem to be getting power? I ended up hooking the red wire back up, tying it into the neutral bundle at the canopy and attaching it to the neutral terminal on the switch.

Wonder if there is something physically wrong with the white wire of the 14/3 going from the fan to the switch and they used the red as a neutral?

I just left what should be the correct white neutral tied in so at this point there is no way to know for sure as I sure as heck not unhooking everything just to test out that theory!

Thanks again for the help!

Wonder if there is something physically wrong with the white wire of the 14/3 going from the fan to the switch and they used the red as a neutral?

Could be the reason. You could check continuity of the wire if you’re curious. Glad you got it working! Happy tweaking.