I’ve had a fan & light switch setup and running since the initial launch. Fan has four A15 40w bulbs. I noticed two of them were out today, so I went and purchased some replacements. Turned the switch off and replaced the bulbs. When I turned the switch back on I heard a loud pop, louder than when a bulb goes out. But neither fan or lights would turn on.

I am looking for ways to trouble shoot this issue. I went ahead and removed the module from the canopy and connected the power directly to the fan. It all works, including all four bulbs. The module does smell a bit like magic blue smoke. So I am assuming it’s dead.

Any other things I should try and test before reaching out with a support ticket.

Any other things I should try and test before reaching out with a support ticket.

I would test the lights by powering directly. Sounds like a short or something that went wrong with the bulb replacement. If you think about it, turning the lights back on was just another lights on event like all the rest. What are the odds that the pop occurred on the very first light on event after replacing the bulbs and it not being related?

I did try connecting the fan and lights directly to power and the fan/lights functions with the pull chains normally. Doing the normal resets did not help either.

This fan has four bulbs, one was bad when I installed the fan switch initially, the second died in the last two months. The only thing I can think off is that the module was defective in some way and the extra power draw from this new bulb popped something. Which would kind of correlate to the first light on event with the new bulbs.

The module does smell a bit like magic blue smoke. So I am assuming it’s dead. 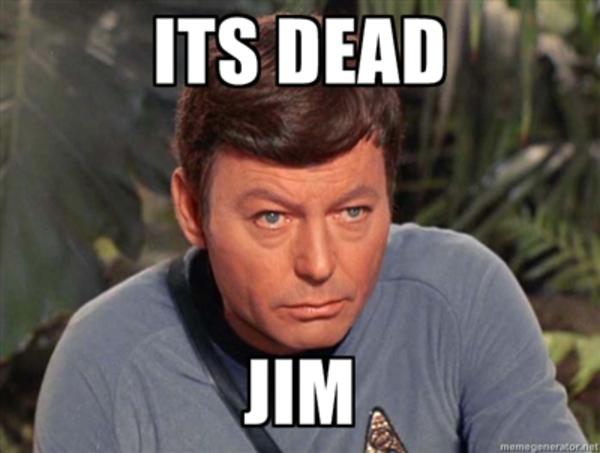