I have a use-case not documented in the online or paper manual, and is as per diagram here: 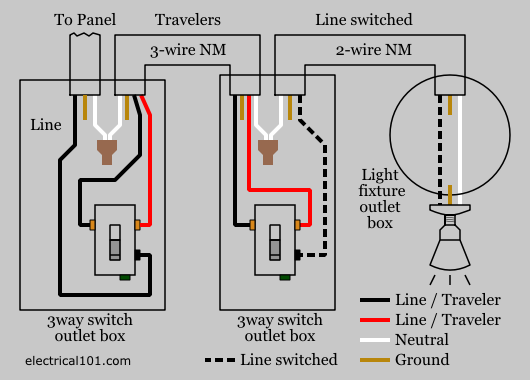 During daylight tomorrow, I’ll test with my non-contact voltage tester whether getting supply on traveller OR line, when dumb switch in either position.

Not really, as its in a 2-gang 3 switch box. Not only would i need a new plate, I would have to cut out a bigger hold and replace the box.

I would have thought one of the either line, or traveller would be receiving power since its the smart switch location which is determining connectivity to the load. Note, have neutral in all locations and its connected to the LZW30.
So its the case that when the dumb is in the off position, power to the LZW30 is removed.

Let’s tag @EricM_Inovelli as he’s pretty sharp. He may know. I was thinking an aux switch in first location, tie line and load to middle position with wire nut. Use only traveler and neutral in first box. There may be another way, but not sure. I know the Z wave chip is powered with neutral, so it shouldn’t matter, but maybe there’s an asterisk that I’m not familiar with.

In this scenario the only way to get it to work with a dumb switch is to have the Inovelli switch in the other location unfortunately.

As @harjms mentioned, there is probably a way to do it with an aux switch.

I double checked, and the switch from the line, is a 3-gang, so I’ve ordered a replacement plate (2 toggle + 1 decor) and will move the LZW30 to be first in line. That should resolve the issue.