Was trying to figure getting the fan/light (red series) switch installed, but the rf module is to large for the mounting hardware for my fan. My fan and light operate independent from one another, but controlled from same switch from wall, then use pull cords to turn on light, or adjust fan speed. Additionally, my wires sare a little different than the diagram shows. My pics should say it all, but basically, I do not have the red wires, only white, black, blue, gray, and then copper ground. How should I wire this on based on that?

Pics of my setup: 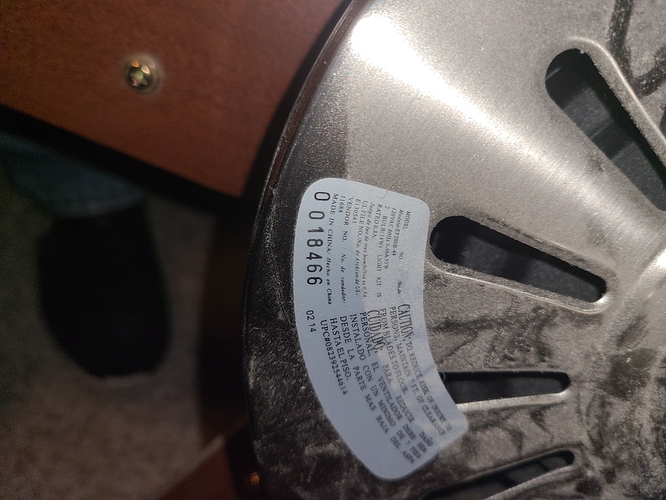 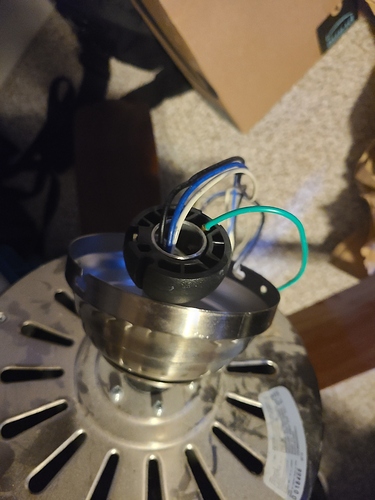 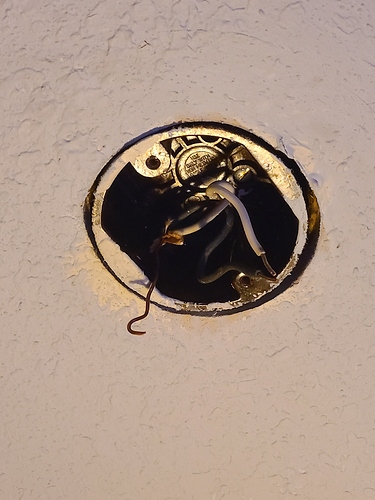 The switch should be wired black to black (line and load), white to white (neutral). You can wire them together at the lugs on the switch, or use lug nuts and pigtails.

The fan is a Hampton Bay Wellington and should work fine.

Your biggest issue is getting the module inside the canopy.

Can I mount the module outside of the canopy?

Also, don’t I need a red wire too? I ask cause the wiring diagram shows the use of one wire for light and one for fan.

Also, don’t I need a red wire too?

What @djordan2112 is saying is that instead a a red wire that powers your fan, you have a black wire. So as long as you have three wires for the fan and light, you should be fine. Wire colors vary by manufacturer sometimes.

Canopy module outside of the canopy is fine.

So for this, I just did not use the red wire. That is correct, right? See pic attached: 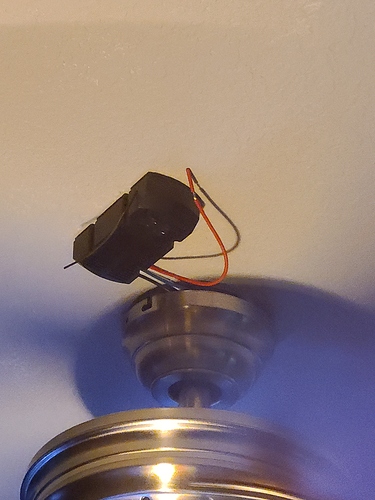 That is correct, right?

No, the red from the canopy module powers the fan, so it needs to be connected to the black on the fan. Right now you only have the light portion connected.

Your fan has three wires, a black, a blue and a neutral. The blue powers the light, the black powers the fan. That is how you get independent control of the two. The canopy module’s switched outputs are red (to control the fan) and blue (to control the light).

So in your case: