So I have several switches, Hubitat and Hue bulbs and I use scene controls for time of day functions for color temp and such.

Is there a good way to use the switch for dimming other than scene control via multiple taps?
Can I program it to do a button hold to control dimming?

I have not figured out a way to react “live” to dimming functions yet. What I do is when the level changes (on release of the held button), I sent a command to the bulb to set to the same level as the dimmer. That way when I (for example) change the dimming over time with adaptive lighting (on HA), the bulb dims to match the switch, but if I override it matches as well.

Use the “Ramp Up/Down/Stop (Manual Stop)” option in ABC like this on button 6, then similarly on button 8 for ramping down: 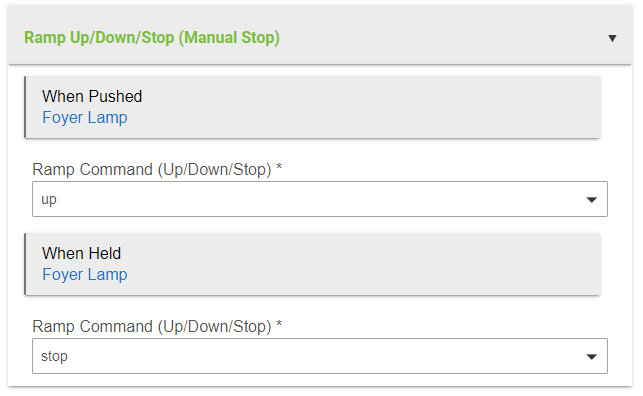