I have a 3-way configuration in my house where the location I want to install the Inovelli switch (very central location in living room) does not have line - the line comes into a switchbox that is out of the way and not where I need a smart switch. Diagram of what I have now - black triangles are wirenuts: 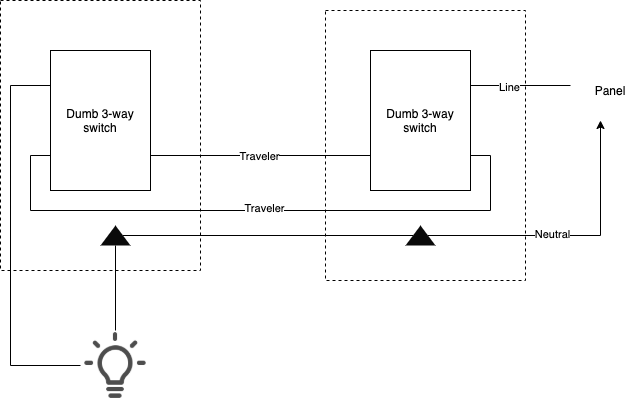 In order for me to put my Inovelli Red in the left box, I need to buy an add-on switch which (how I understand it) is basically just a momentary switch so that the Inovelli can detect pulses, and toggle the on/off of the load when it sees a pulse. Then the extra traveler can be used to get line over to the left box to feed the smart switch.

It is unfortunate to have to buy a $20 switch to make that work. It would be really great if instead of detecting pulses, it could detect rising/falling edges so that a dumb 3-way switch (acting basically as a single pole). Basically the traveler screw on the inovelli would be treated as an input rather than an output, and would watch for current coming on/off to decide when to toggle the load. 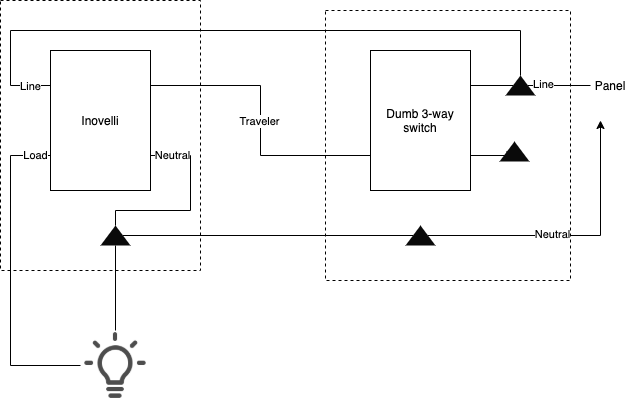 I’m not sure if there are technical reasons preventing this, but if possible then this would be a great option for people like me to be able to easily install 3-ways where the smart switch location doesn’t already have line, without having to buy an add-on switch.