I’m having a hard fine wiring it. See attached photos

Photo 1 is the original aux switch or dummy switch and photo 2 is with it removed. Black is hot FYI 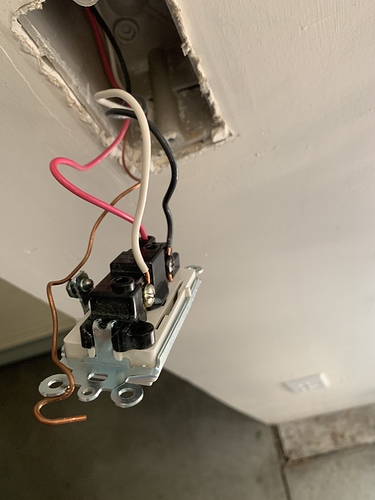 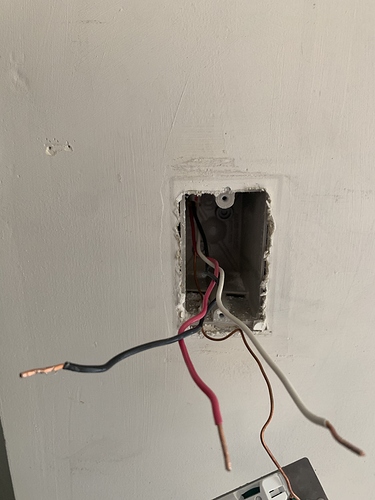 Just so I understand:

You have a Black Dimmer that was working with a “dumb” 3 way switch.

You have tried several configurations of the embrighten Aux switch (which uses only two wires) and cannot get it working.

How the Aux switch needs to be wired depends on whether the main switch uses a neutral on not.

Note, A Black SWITCH MUST use a neutral so the two wires on the Aux switch must be connected to the LINE and Traveler connections on the switch.

If you have a Black; Dimmer you must identify if you have neutral on not at the dimmer.

Pls let us know what you find.

Hey @Sid – building upon what @JohnRob said, I have some questions too as I think some of the vernacular is being intertwined.

my original dummy or aux switch did not work

Also, based on the picture above, I don’t think that is your line as there’s typically two Romex wires that come into the gang-box as the switch needs to switch the line/load on/off.

Can you please take a picture of the other box you have so we can confirm you have a neutral or not?

If you do have a neutral, here is the proper wiring diagram:

If you do not have a neutral, here is the proper wiring diagram:

Again, though, we need to see the other box.

We don’t mean on confusing you, its just we don’t know what you have for a Black device, Switch or Dimmer.