Yet another 3-way wiring question

This has been giving me a headache (but I’ve gotten my steps going up/down to the fuse box) for the last two days.

I have a 3 way switch setup in our upstairs hallway. It turns on/off a recessed LED light, as well as a chandelier (8 light w/LEDs).

The switches I’m trying to install are the Zlink On/Off 3-way and a Zlink Aux switch. The connectors on each of these are identical to other brands (ie: the Aux has a Traveller + Neutral terminal)

The power appears to be coming through the lights (when I disconnect all of the switches and have ‘loose’ wires), the power is on the white (with the black elec. tape) coming from the top (Picture 1). All others are not live (when using my non contact voltage tester) 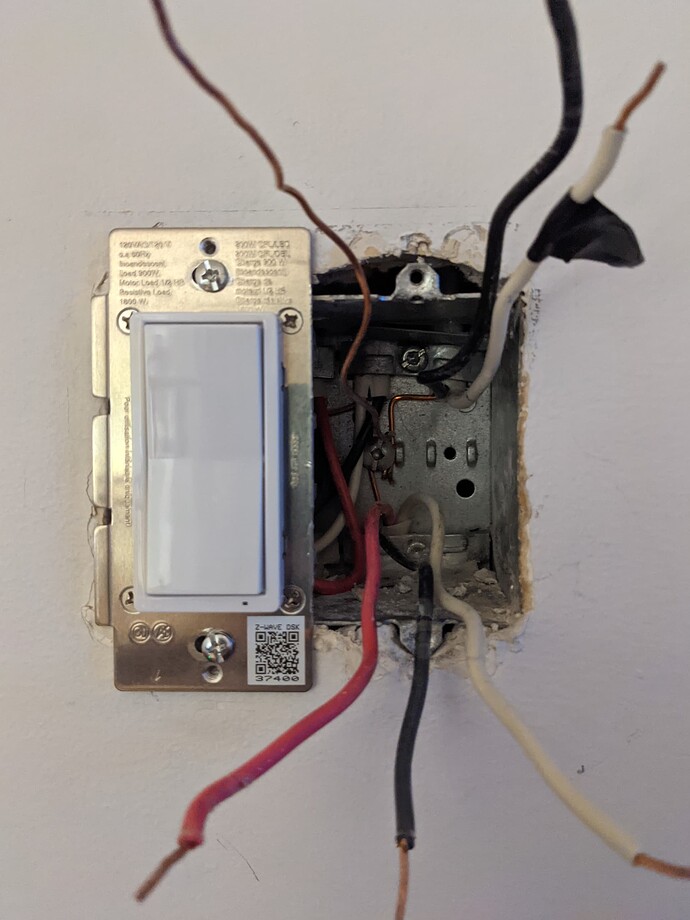 I assume (haven’t found a ladder tall enough to pull off the cap from the chandelier) that I have this wiring setup:3-way switch with power feed via the light | How to wire a light switch

The bundle heading down goes down to the switch downstairs. It’s a 3gang, but the other two switches are on separate circuits as well. Only the one bundle is in the equation downstairs.

The switch to the left (picture 1) is for another 3-way upstairs, and works correctly (separate circuit).

With the original switches, the two blacks are connected together (Picture 2). 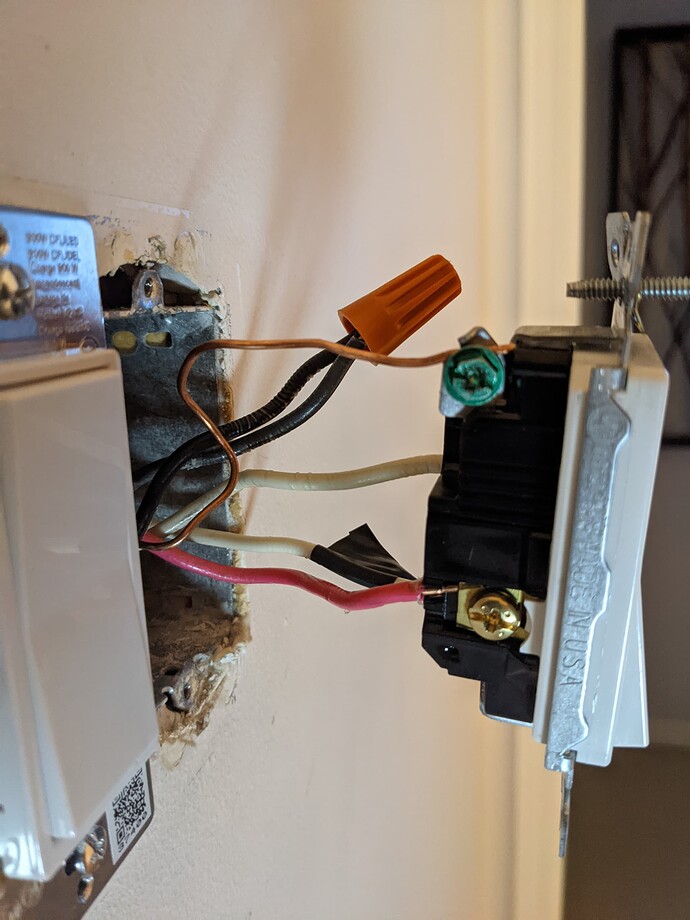 Hi! So this community forum is for users of Inovelli products. I don’t know if anyone here has any experience with ZLink products. (Personally, I never heard of them until your post, but that’s just me.)

That being said, I see that you have a white conductor with black tape on it. If this conductor is constantly hot, then you have what is known as a switch loop, where the constant hot is routed from the light fixture down to the switch (usually over the white conductor of 2-wire Romex) and returned to the light switch via the black conductor.

I appreciate the response — I took a gamble as this forum seemed very informational, and was hoping for an ‘a-ha’ moment

I had seen some other brands mentioned in some of the KB articles, but I understand the caution.

I have reached out to them as well and if I do hear back (positively), I’ll update my post here.

This video explains how to figure out what each of the wires does in a very easy fashion. Just takes a voltmeter and a few trips to the electrical panel. 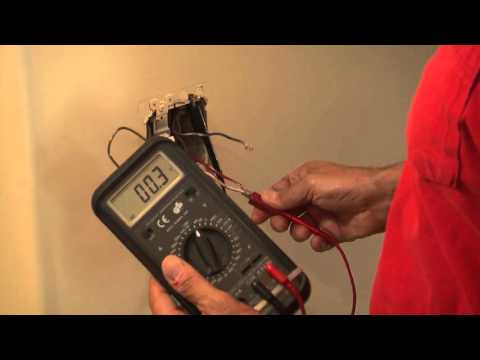