I have a strange thing that I’m seeing and wanted to get thoughts. I had two Gen 2 Red Series Switches installed with a Z-wave association so that the secondary switch could control the primary. I don’t have a screenshot of that from Hubitat, but in essence after I created the association, the two switches were grouped together in the Device List.

Now - all of this works, but here’s the strange thing that I can see in Hubitat. Instead of my two switches being nested together, I have my two switches (Primary and Primary-2) and after the Association ran, I now have these two “Generic Component RGBW” bulbs? associated with each switch. Again, things work as expected but this mess I’m seeing in the Devices doesn’t match what I saw before with just 2 switches. Are these strange things being created because I’m associating a switch to a dimmer? 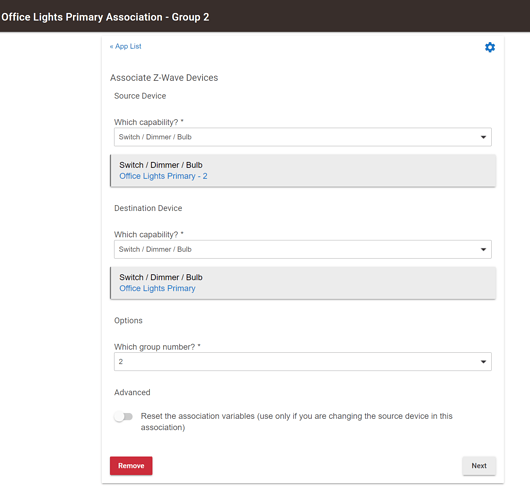 Those RGBW bulbs are the LEDs on the dimmer.

Weird, I did not see that with my previous association. Thanks for explaining.