I have read every thread and I’m still stuck.

I have a red series dimmer and a GE aux switch.

When both switches are fully disconnected and all wires are unconnected.

One of Switch A’s black wires is hot and all of switch B’s wires are not hot.

If I tie together Switch A’s wires a Red and Black wire at Switch B is now hot.

Switch B normal wiring, but in the on position.

I have tried replacing Switch B with the Aux switch, but no luck.

Please post pictures of both of the boxes with all of the conductors pulled out so that we can see all of them and see well into the box. Do you have any pictures of how those conductors work connected to the original switches?

I pulled everything apart and something I did not notice prior was some wires stuff in the back. I’m guessing these capped off wires are the neutrals is that correct? 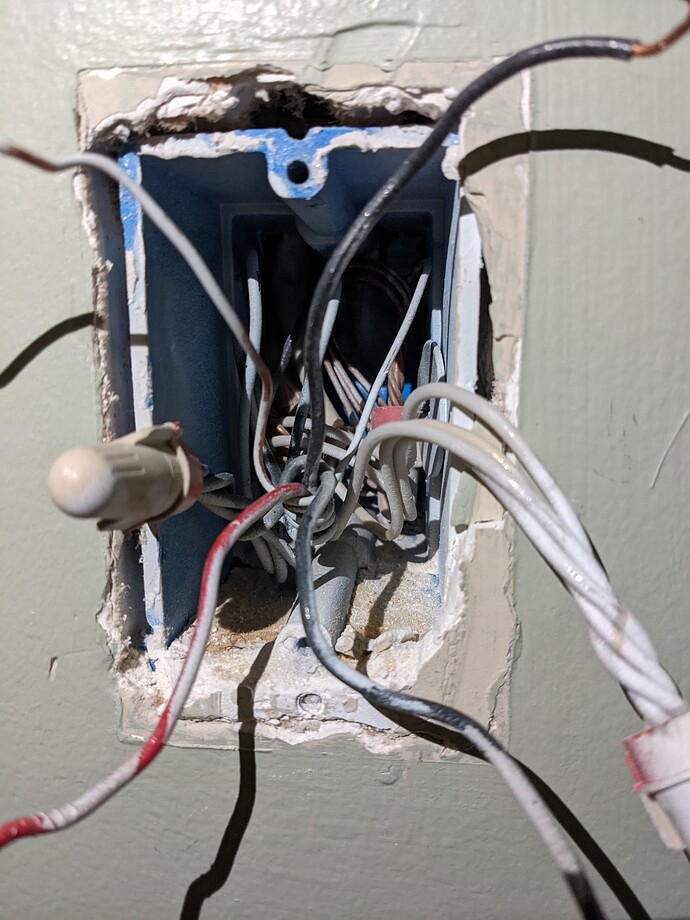 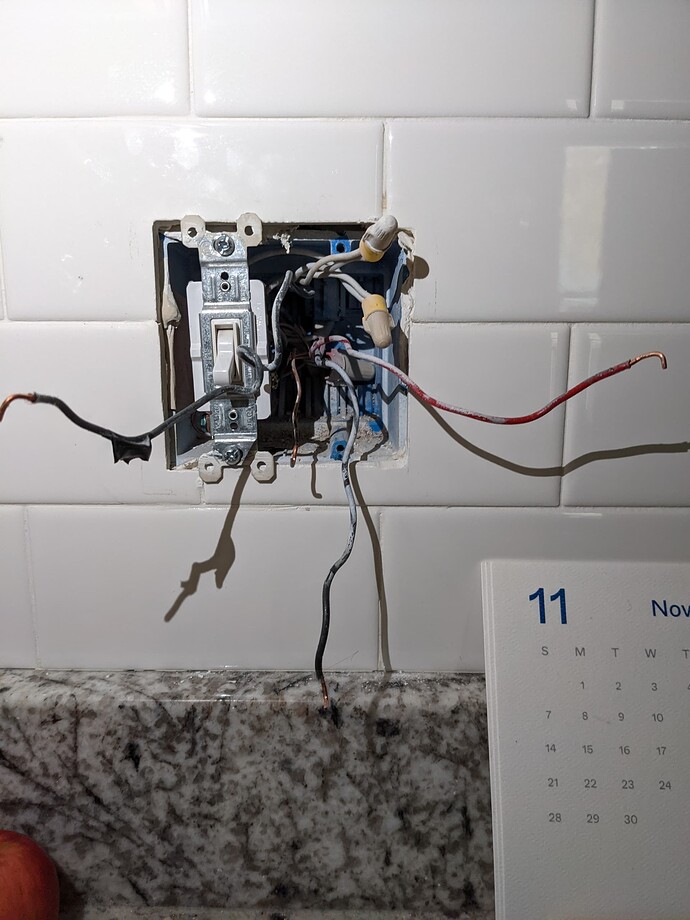 Pulling out the wires and using the neutral I found in the back helped solve my issue. The other issue is at switch B two of the black wires needed tied together as they create an open circuit.

So here’s an assumption: In Switch A photo (the latest one); the BLK wire that is wrapped around the BLK and RED is “typically” the load. Unfortunately, I can’t see the ROMEX to see how it’s split out. I’m not sure why the 2 BLK are tied like how you’re describing in Switch B. I personally wired the 2 BLK wires when I installed the AUX Switch in a Line/Load Separate box install. The load from Switch A would just continue to the load passing through the Switch B box while I utilized RED for Traveler and WHT for Neutral.

I have similar wiring in a second switch box. Minus this switch box is much older and does not contain any neutrals.

It’s a 3-way switch configuration where 3 separate black wires are running into both switch boxes.

@sstarcher start your own thread. be sure to include pictures of both boxes with the wires pulled out.

This is kind of my thread, but I can start a new one.