Hello. I’m trying to get the following 3-way set up with an LZW31-SN and either a GE AUX (preferable) or a dumb switch. Attached is the before and after. Obviously the “after” doesn’t work, as the circuit for the light never gets completed. Any help work be much appreciated!

The top is the before. The circles are wire nuts. Dotted lines are boxes. I don’t have access to the junction for the light. There’s also a red with white tape. There’s no neutral at the second switch. Only the two travelers and the red wire with white tape which acts as the neutral.

The bottom is where I’m at now. With red in the LZW31-SN’s traveller, the white in the neutral, the line in the line, and the black traveller in the load.

With this the LZW31-SN gets power, but I can’t turn lights on

One thought I had was at the second switch, nut the black traveller to the red with white tape, but I wanted to get some input so I don’t break anything 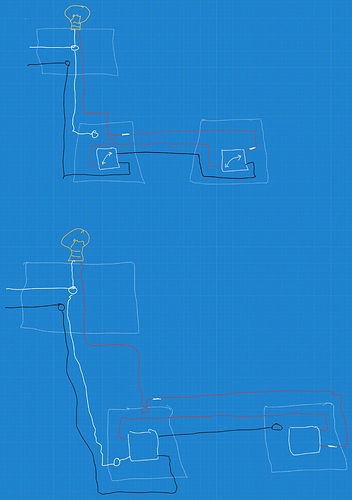 Oh, and before someone questions the “before” diagram, there’s a neutral in there for a separate set of lights controlled by a single pole which I already swapped successfully with another LZW31-SN!

Do you have the aux switch already?

Hey harjms, I do have it already!

IF WHT is there, I would jumper white or neutral from box 1 to box 2 to connect Aux neutral.

In Box 2:
Connect Red coming from box 1 Traveler (not to load) to the traveler port of aux.

Depending what color you send over neutral on, connect that on the neutral port.

Yeah! That makes sense, I’ll give it a shot and report back.

I just tried to get it working with the dumb switch in box 2, but what happens then is box 2 switch needs to be switched to ON for Inovelli to be able to switch the lights on and off.

On the matter of romex, it’s 12/2 running to the light, and then 12/3 from the light to the switch. The twos reds and the black are running through old conduit [EDIT: and there is no white in the conduit, just the 2 reds and 1 black]. Box 2 used to received line and then send it down to Box 1. Those lines from the breaker (which are a separate circuit) are now just capped off in the Box 2.

It’ll be similar to this, but just imagine source goes to light box first.

One thing you need to make sure is the switch configuration parameters 21 and 22 are setup correctly. 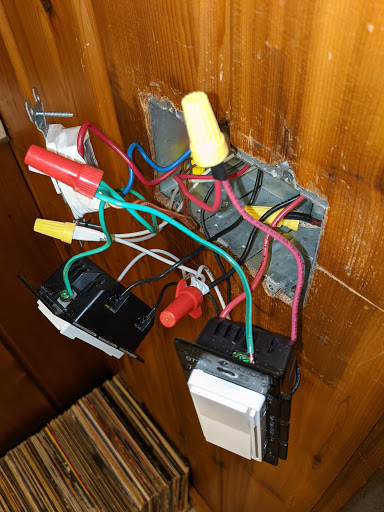 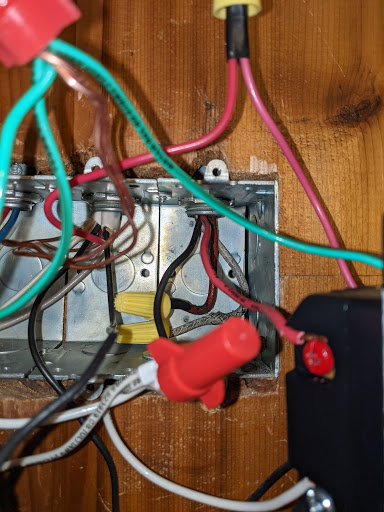 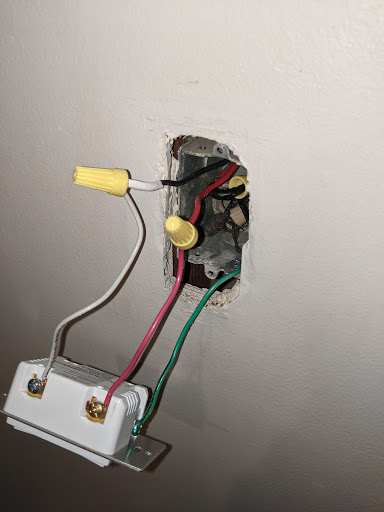 Time to flip be breaker back!

Rad! That worked. Thanks!! The color of the wires in the conduit was just throwing me off, along with source coming through the light first.

Glad to see you got it all hooked up and working.