Installed the generation 1 switches, no issues, both in a single switch and 3-way scenario. Got the new generation 2 switches and the single switch installation was as expected. The 3-way, however, is non-functional.

I have exactly the wiring situation, in the wiring guide, of the line being at the inovelli switch, with the load/traveller/neutral wires running to the secondary (standard) 3-way switch, and the load being off that secondary box.

Used a tool to detect a hot wire, and it seems like the traveller never carries a charge.

Switched out the inovelli switch for another from that order, still no deal.

Read other reports and seems that similar things are happening to others. Is there a hardware defect here?

Hey @Wayward - welcome to the community!

Quick question for you (and I mean no offense here) - are you following the directions for the Gen 2 wiring instructions? They use different logic than the Gen 1’s and I’ve seen it a few times where Gen 1’s are swapped out with Gen 2’s and since the logic is different, the switch will not work (this is bc the dumb switch in Gen 1 had to be rewired).

Not saying this is what you did, just wanted to call it out.

Would you also mind posting some pics of the switches with the wiring so we can see too?

Hang in there, we’ll figure it out!

Yes I used the gen 2 wiring diagram for it. Just a second for the photos… 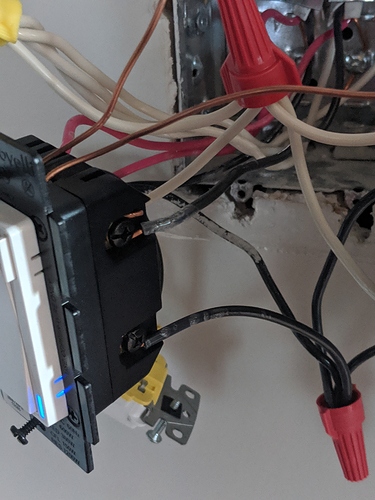 Line is coming in the lower, load going out the upper (following through the the second switch box)

Traveller on the top, neutral on the bottom. Both run out through the same wire bundle as the load wire, to the secondary switch. 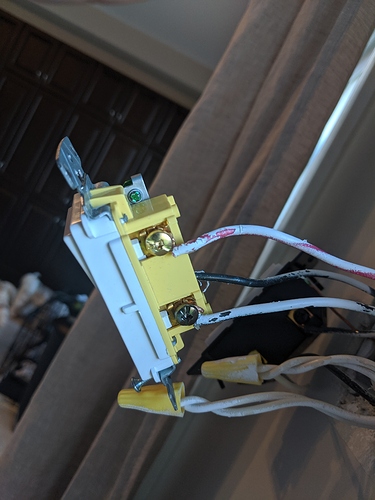 Top wire is the traveller, coming from the inovelli switch. Lower wire is the common that is running out to the light. 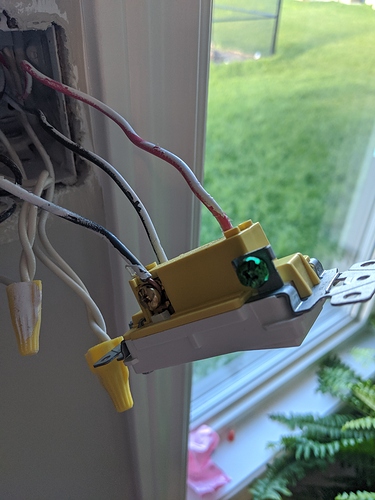 This wire is the one that is coming from the load on the inovelli switch. The neutrals in this box are twisted under a wire connector.

Are these two coming from the same Romex? It’s hard to tell from this Pic.

The wire you see on this side, and the red traveller on the other, are from the same. The black on the same side of the red heads to the light.

If that’s the case, then it appears the dumb switch is wired correctly. It looked like those two wires were coming from the same Romex so I thought maybe it was an easy fix as the black and red wires from the same Romex go on the copper terminal and the load goes to the black.

Any way you can take a face on shot of both gangboxes?

I’d like to see specifically the Romex lines coming into the gangbox so I can trace it to the switch.

Sorry for the troubles, but it’s hard to confirm anything without seeing the sources.

Everything appears correct, but your problem sounds like something with the travelers and I just want to make sure. 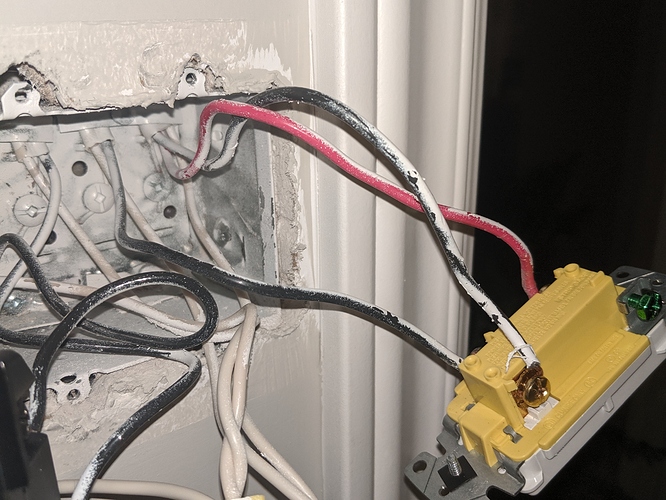 That should clearly show the wire paths.

Can you do it for the smart switch too?

There was another thread ((Solved) 4-way setup help needed) where the dumb switch instructions were wrong so I just want to double check before officially ruling it out.

Yup. You’ll have a bit more work to follow since it is in a box of 4 switches. Just a sec.

Lol I saw that… Looks like a fun time!

It is fun…less so for my wife… 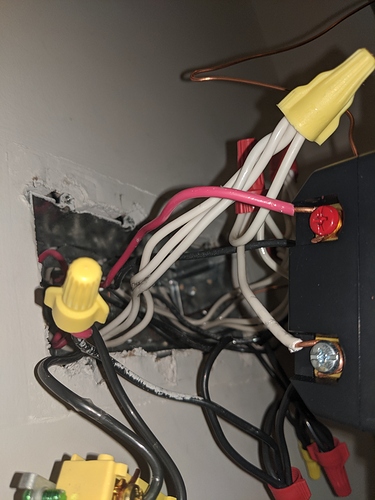 Here’s the neutral going into the bundles…

I had a similar problem when I was doing my 4 way setup. The 4 way switch was fine. But the 3 way switch was labeled wrong. Just try different combination of swapping the wires around. there are not many combos you can do. But it does not hurt anything to just swap them around. Look at my post of the 4-way solved post. I did a drawing of my wires of what I had and not working and then at the bottom I posted what ended up working. It might help.

What was the result of this? I ran into the same issue… Tried everything possible and replaced the dumb switch and still have the same symptoms as you listed here.