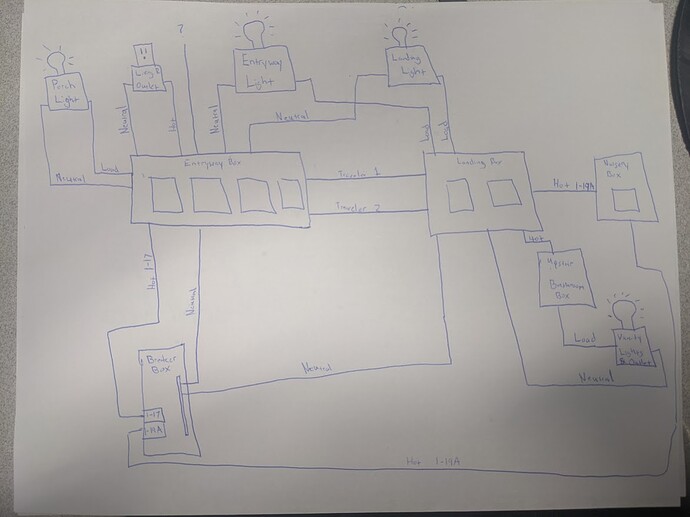 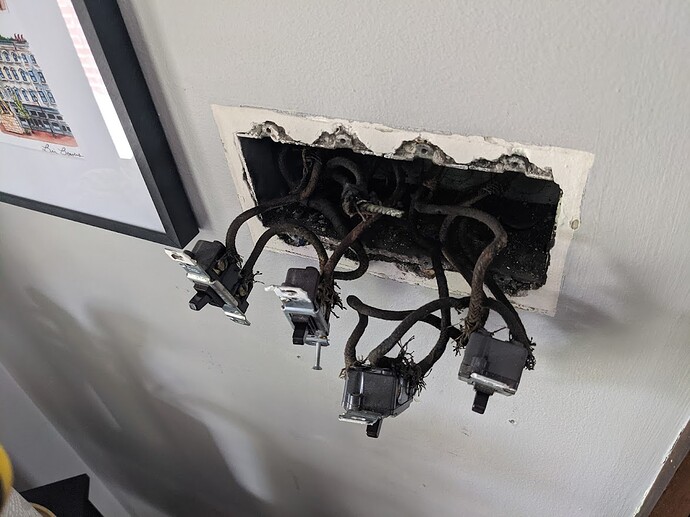 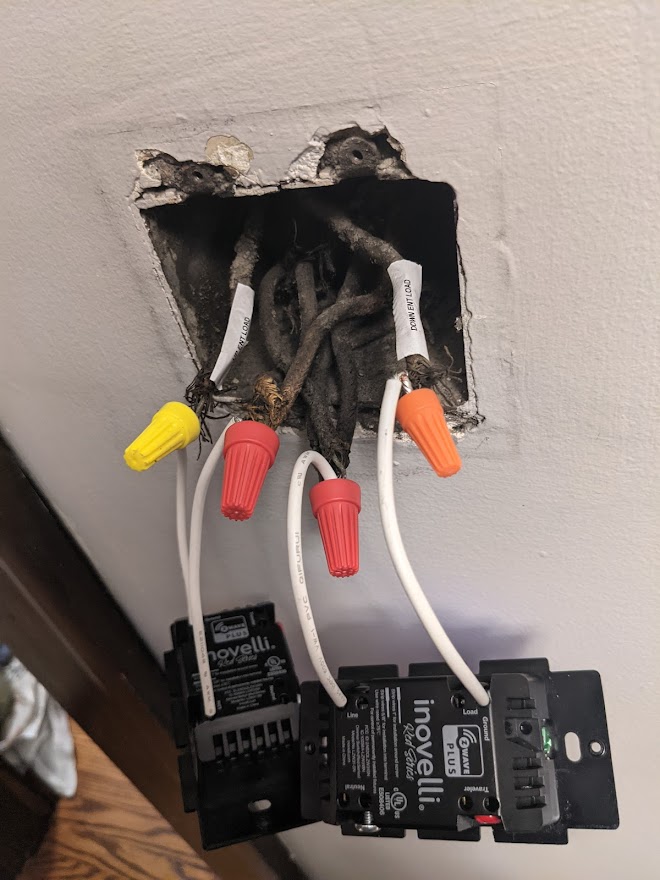 I don’t know if I can fully wrap my head around this but what’s being described here sounds very familiar. This might have been wired up as a “Chicago”, “Carter”, or other type of 3-way wiring that is against current code. Weird (and Illegal !) 3-way Switch | Mike Holt’s Forum

After some more research, I understand what’s going on. If it helps anyone in the future, these 3-ways were wired up as a “Chicago”/“Carter” three way. Hot and neutral were attached to the traveler terminals. See how in one of my photos some of the 3-way switch terminals are daisy chained. Those are the hot and neutral wires. One common terminal was connected to one wire at the fixture. The other common was connected to the other wire at the fixture. The carter system allows the switching of both the hot and neutral conductors. It was banned in 1923.

2012-04-12_003908_carter_3_way1235×611 40.6 KB
Also it seems like it is pretty common to have two different circuits powering the two different switch location. This is another, more problematic modern code violation. However, it was not the case with my switches. The two “traveler” wires I found carried the hot and neutral from one box to only the other set of 3-way switches in the second box. So the circuits were correctly separated in my case. So how am I going to wire up my new switches? I do not have the traveler wires to hook up a modern 3-way switch correctly, but I can use z-wave association (red series dimmers don’t support being a hard wired 3-way switch pair anyways). I will use the “traveler” wires to either patch the 3-way “load” wires into the entryway box, or patch the 3-way “neutral” wires into the landing box to keep the two circuits separate.