I don’t think I’ve seen a similar setup in here to mine. My current setup has this with the switch on the left being a dimmer switch. As the black wire has power here. 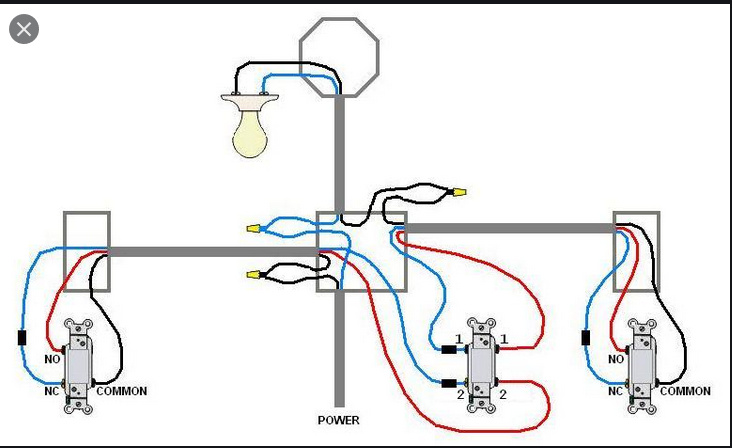 While the 4way installation Line/load same box inovelli dieagram looks closest, I don’t think it is quite right. Is there another method to use here?

It looks to me like the only way this will work would be to use 2 Aux switches. In order to work with dumb switches, the Inovelli needs a neutral. This means the Inovelli would need 4 wires going to it (Line, Neutral, Load, and Traveler). The only location that has all 4 required wires is the middle junction. Unfortunately, in a 4-way setup you also need a 4-way switch, which also requires 4 wires.

The best solution is probably to put the Inovelli in the middle (so it has a neutral), and place an Aux switch on the left and right: 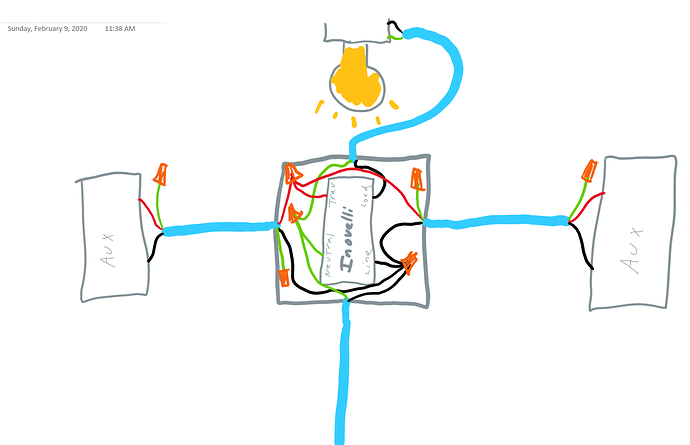 You could put the Inovelli (dimmer) on the left or right, but it will be running without a neutral, which might mean that you need a bypass: 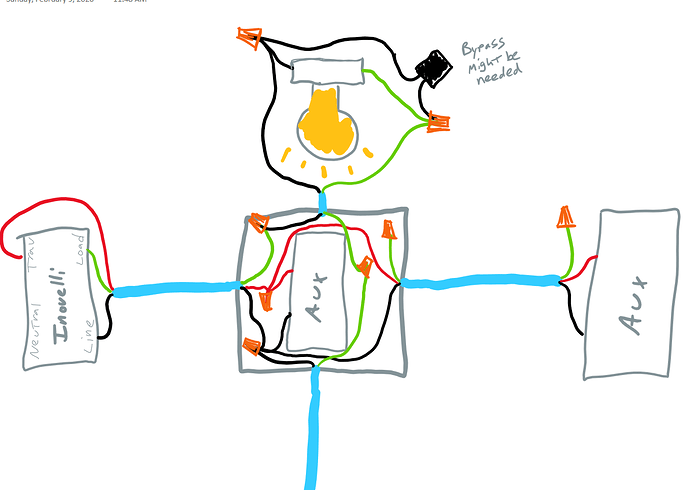 Which model switch do you have? If it is a LZW31-SN, you would have to install it in the center box as mentioned by the previous reply, with aux switches.

The original Inovelli dimmer used different circuitry for 3-way and 4-way setups where you would still have to install it in the center box as you drew, but you could use dumb 3-way switches at the left and right box. This is exactly the setup I have for my stair lights.

Thanks everyone! I put the LZW32-SN in the center box with AUX switches in the other two and it worked out great. Not where I wanted it to go, as I like the light on the switch to be where it gets the most use and is obvious for what it controls. But it works great.