Got mess where I finally traced almost everything back. Finally bought a detector to map all of the travellers.

Suggestions on mapping wires, especially for traveller/load under smoke detector?

A little lost on the random traveler. Had an electrician in a while ago to help me out with this. May have made it worse. It was disconnected. Will need to go into the attic to try to figure it out.

You are going to need to explain more clearly or better yet, diagram this.

in Box 1, you have a line . . got that. Is there a 3-wire running from Box 1 to the Smoke Detector box? (Just describe the wiring you have. i.e. “Traveler set” doesn’t describe the number of conductors running between the boxes.

What type of switches are in the box?

What are the connections at the smoke detector box? I have no idea what the random traveler is that you reference. 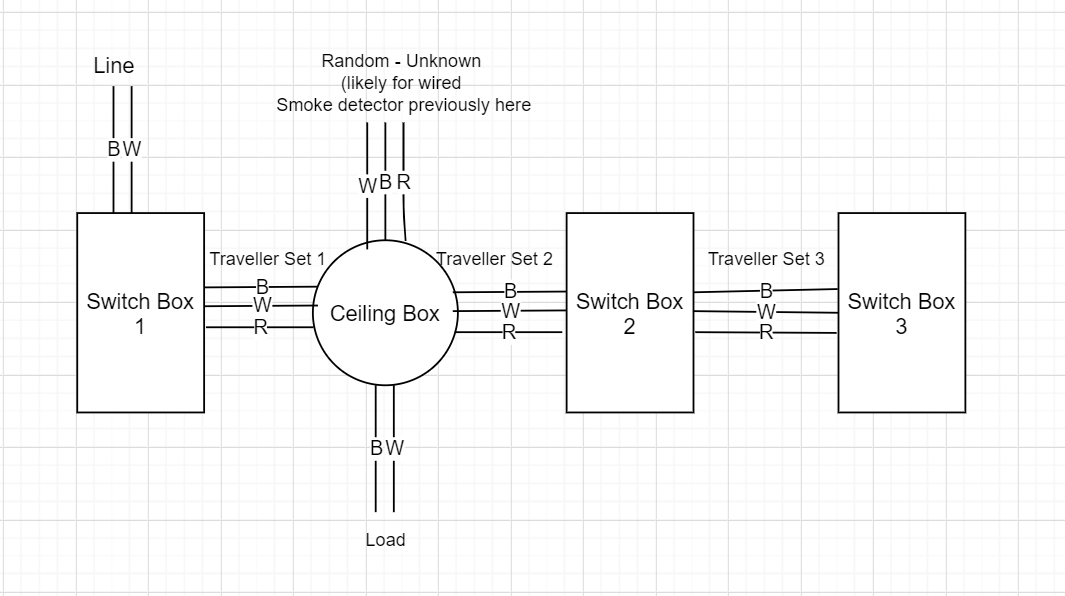 Ok, thanks. Much clearer.

So see if this makes sense. If need be I can diagram.

You are basically going to use this drawing for an understanding of what you’re doing, but it’s going to be modified to account for the ceiling box: 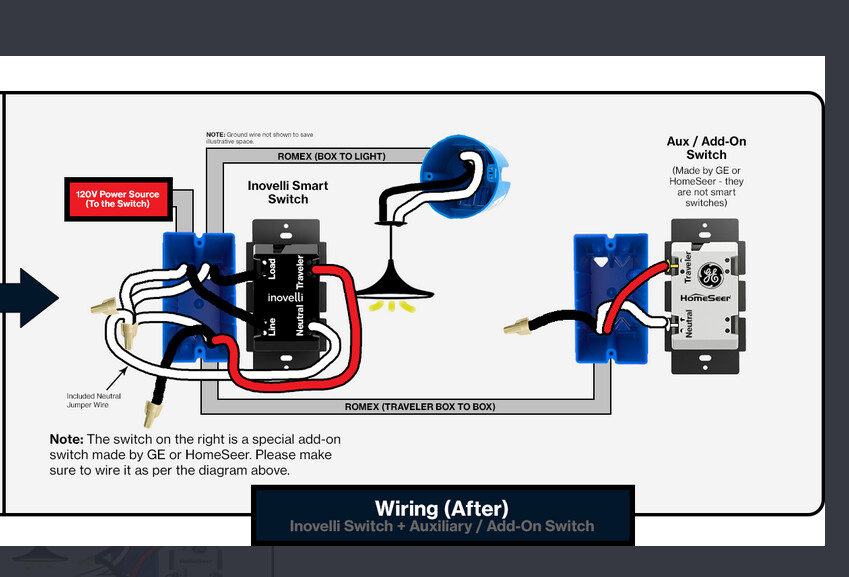 The Inovelli goes in Box 1. The incoming hot and neutral on the 2-wire go to the Line and Neutral terminals on the dimmer.

In the next 2 boxes, 2 and 3, connect the red to the Traveler and the white to the Neutral. You won’t be using the black conductor here, so cap it off.

Thanks @Bry . Almost there.

Are you on SmartThings? Aux switches should be set to 3-way Momentary. That’s parameter 22 to a value of 2.

I’m on ST, so not familiar with Hubitat. It should still be set to “2”. (SmartThings’ app uses a description for the setting, not the value . . not sure about Hubitat.)

I’m on ST, so not familiar with Hubitat. It should still be set to “2”. (SmartThings’ app uses a description for the setting, not the value . . not sure about Hubitat.)

Pulled the airgap on the inovelli. Looks like it’s working now. Saved the day, thanks! Very high WAF now, since this was the laundryroom/garage entrance.

Now to move onto re-establishing the motion/sensor rules.