4 way wiring trouble - any way to make this work? (updated with new drawing)

After spending almost 2 hours tracing, I came up with this diagram on my 4 ways (I have at least 4 of these wired this way throughout the house).

Anyone have any suggestions on getting this to work? 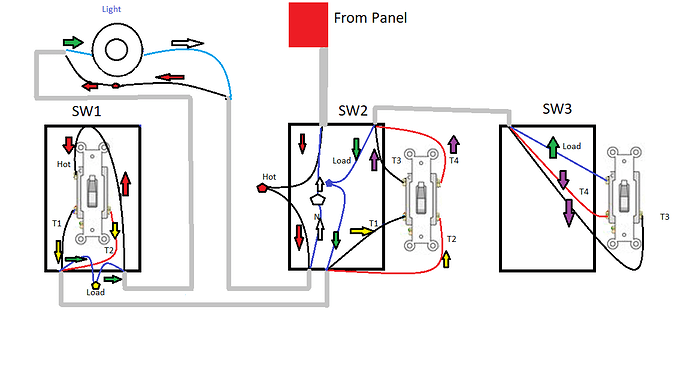 I put the arrows just to show the flow from hot to neutral and omitted the ground wires (also the white wires are drawn in light blue). FYI, the other two switches would remain standard dumb (4 & 3 way). I tried putting a RED in SW1 and didn’t realize the white wasn’t neutral at first. I also tried it without the neutral and no-joy.

Ah man you changed the title to this haha. I thought I was dreaming!

What in the world is going on here? This is the craziest thing I’ve ever seen

Surprisingly, the travelers, line and load make sense to me. Where it falls apart is here:

It appears your Load goes to the left light and then magically turns into a neutral? Wizardry.

I’m no electrician by any means, just trying to wrap my head around this for you!

Actually the Hot is bypassed by the lights (it continues to the left) until it reaches SW1, then goes through the travelers through SW2 & SW3, then the load line goes through the box of SW2 -> the box of SW1 then back to the 2/12 where the HOT originally came in to SW1 then to the Light. The Neutral goes from SW2 box to both Lights (probably should have drawn the lights in parallel as apposed to serial)

I did it below based on the top of stairs light that only has one fixture to make it easier. 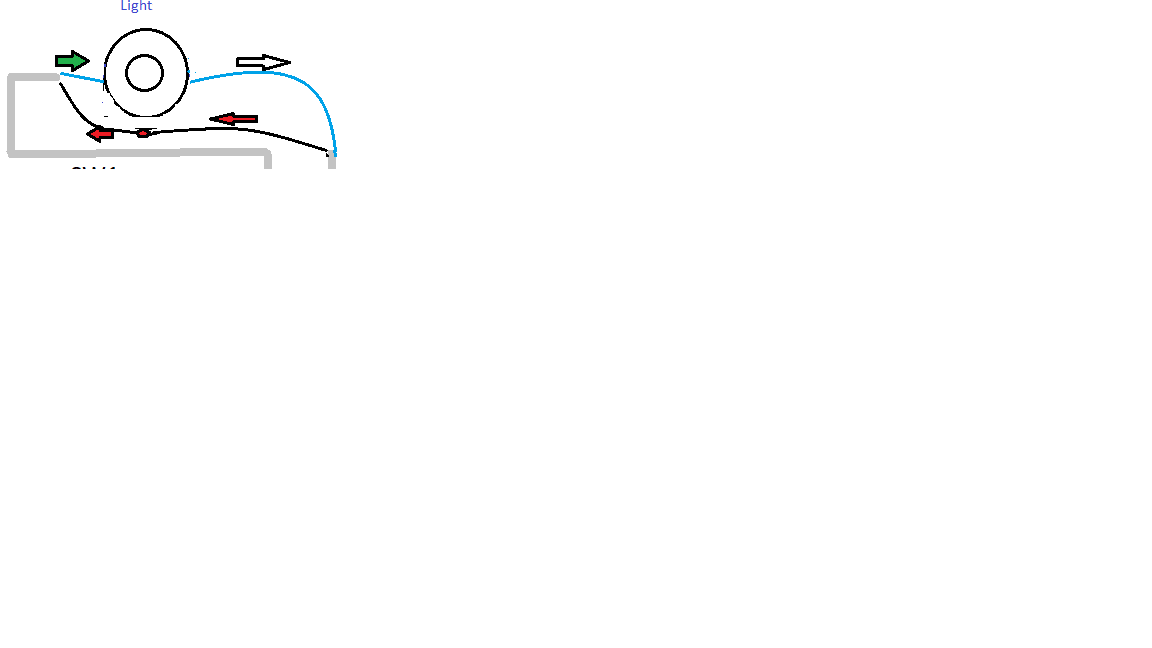