I was trying to install some Blue Series 2-1 switches in a 3-way configuration in my hallway but none of the wiring schematics were the same as mine. I don’t have a neutral that is bundled up inside the box. All the wires seem to be connected to the switch. I was wondering if anyone knows what I should do before I have to call an electrician.

Here are pictures of each box. 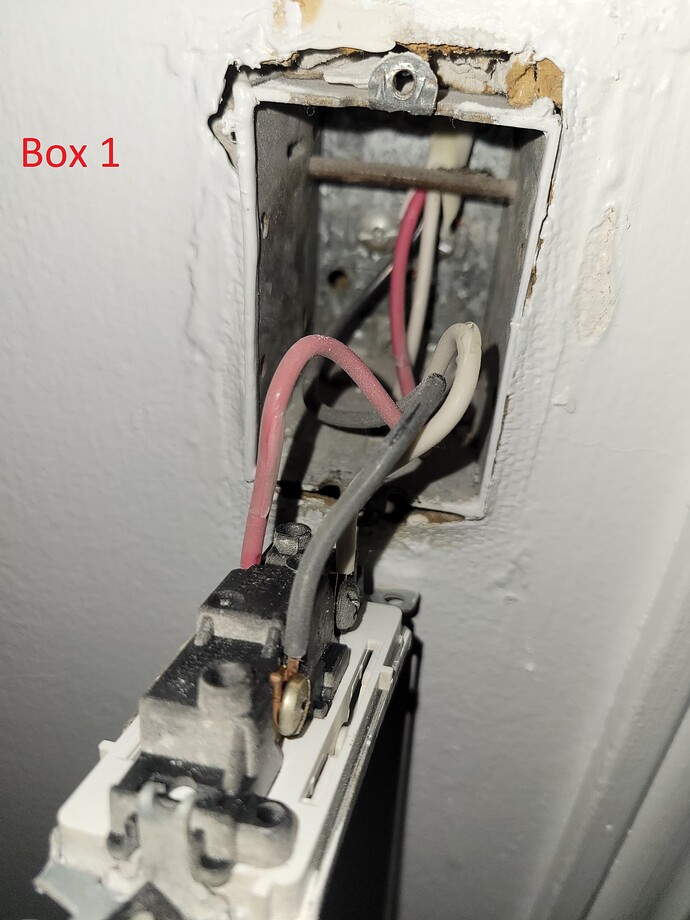 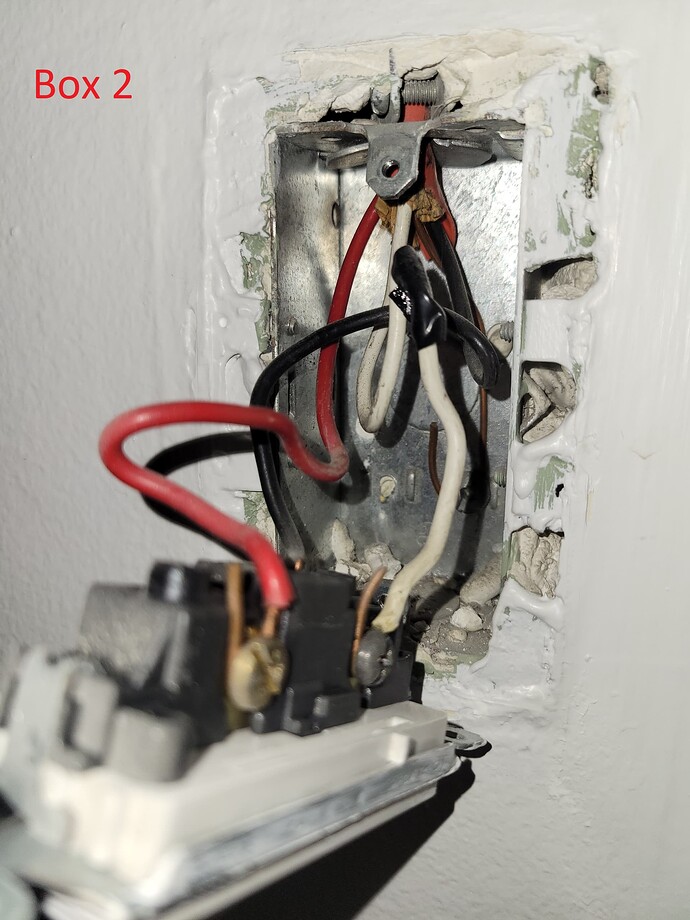 Can you check behind the light itself. I suspect you have power coming into the light, and then the switches both coming off the light directly.

There may be a wiring schematic for this configuration using two smart switches (or one smart and one aux). I suspect how the light itself is wired will determine what needs to happen.

That is going to be a power to the light. You will have a non-neutral configuration in one of those boxes for the Inovelli. Remove each of the conductors from the black screws and using a meter, test between that conductor and the bare copper ground. Identify the box where that conductor is constantly hot (if I had to guess it’s probably Box 1).

Settings configured to non-neutral with a 3-way momentary. You may need a bypass at the light depending on bulbs/power consumption. 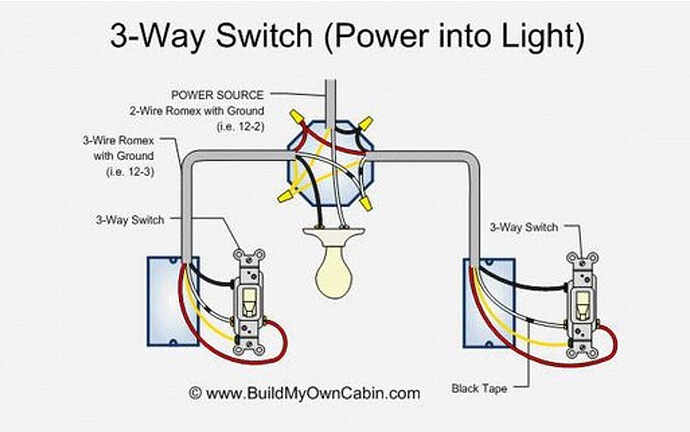 Wow, thank you so much! It does look like my setup is the power goes to the light.

I also just want to confirm, this mean I have to put Inovelli’s Aux Switch in the box with the constantly hot conductor? Could I use the existing dumb switch instead?

I also just want to confirm

Yes, you need an aux switch with a non-neutral. Unfortunately, you cannot use a dumb switch in that setup.

I still have a couple of those defective Blue switches. Would it be possible to use those or does the Aux switch need to be able to connect to the Blue switch wirelessly or something?

defective Blue switches. Would it be possible to use those

does the Aux switch need to be able to connect to the Blue switch wirelessly or something?

The Aux switch connects to the blue switch via two conductors.

You could potentially bind the two switches together but that may hurt the network.

Ah okay. I’ll get myself some Aux switches (I have this situation in a couple other hallways). Thanks for the help guys!