I am attempting to replace my garage light switch with one of the new Blue 2-1 switches. It is a single pole switch but the line to the light is a red wire. The two black wires are connected to the same set of terminals on the switch. I believe the wiring for the new switch would be both black lines to the “line” terminal on the Blue with the red wire to the “load” terminal on the Blue. Could someone confirm? This is my first time seeing a switch setup like this without a second switch. 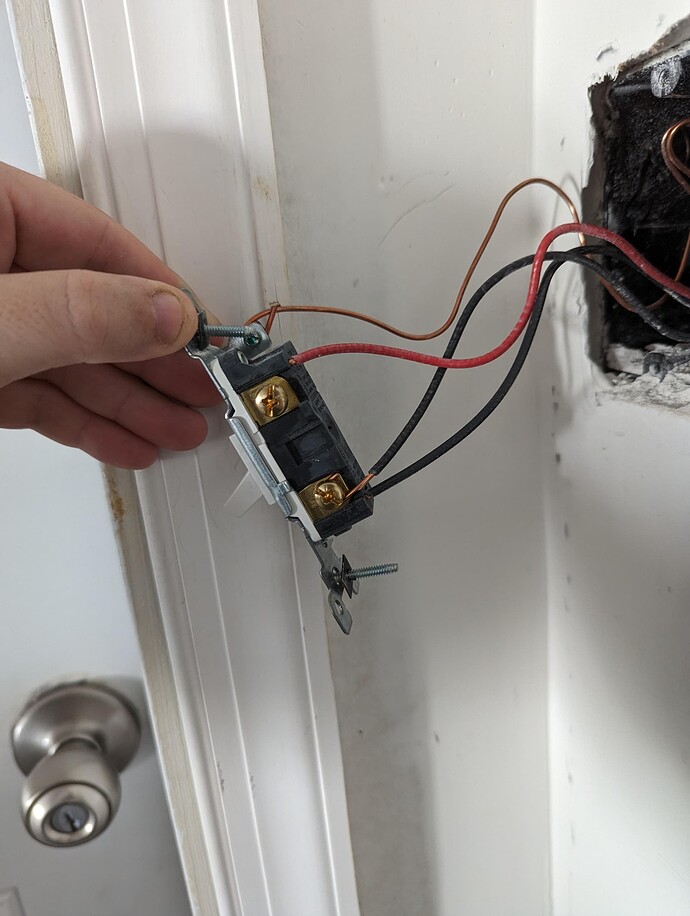 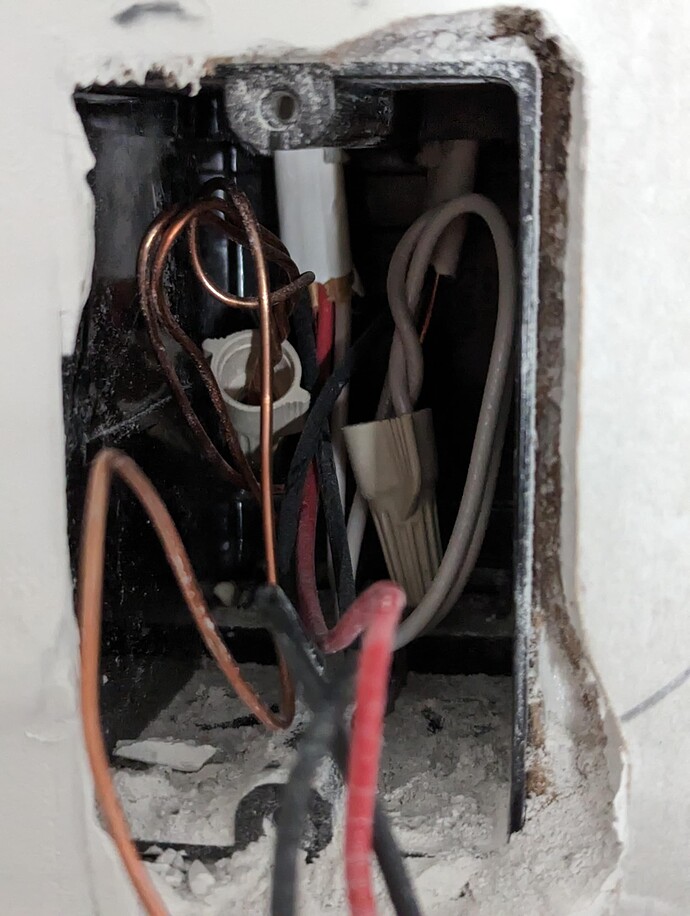 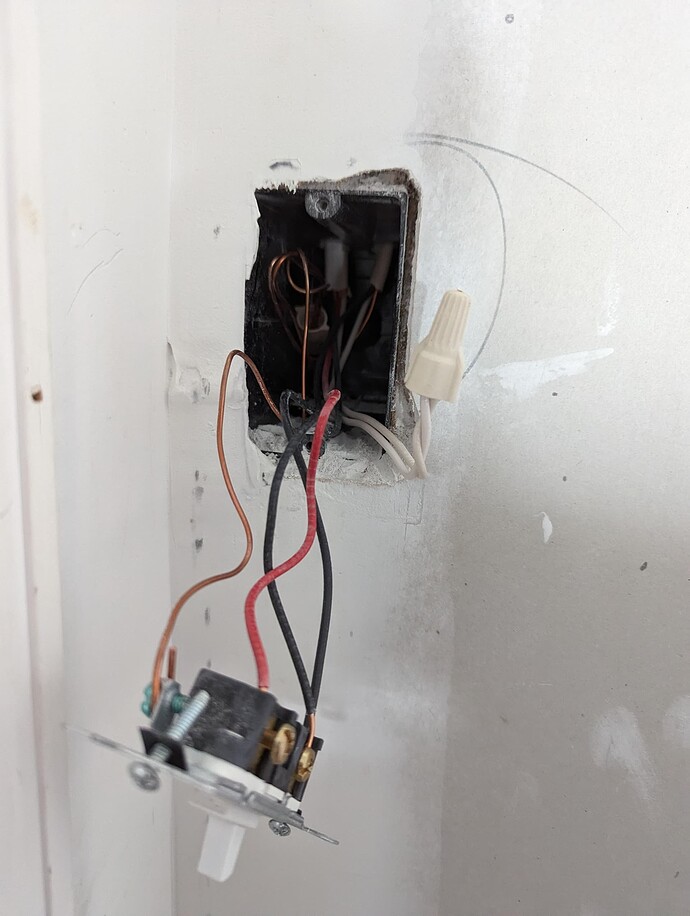 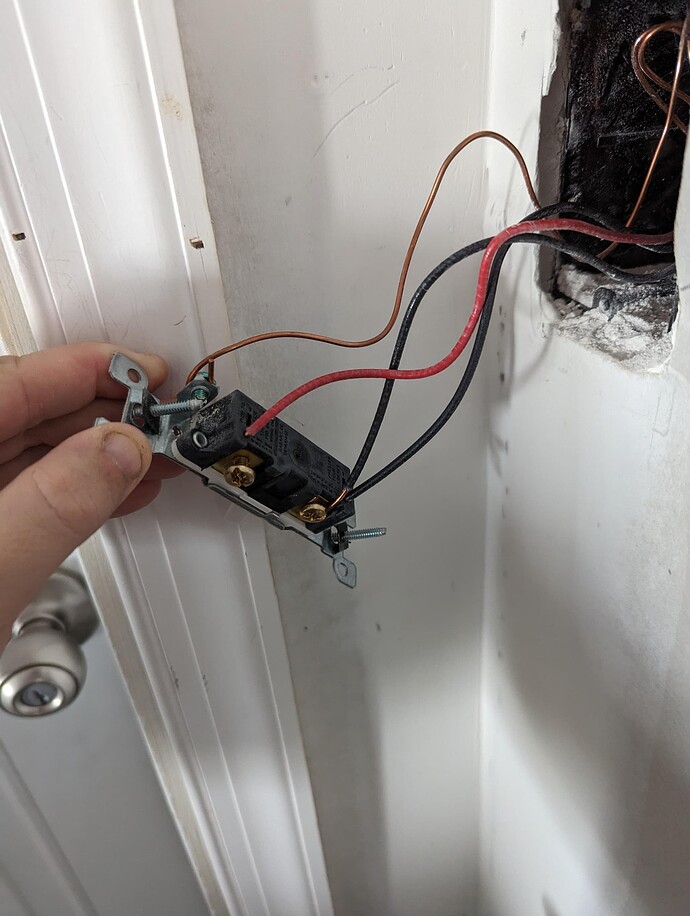 Nuts, meant to edit my post and deleted it instead… Any idea what the wiring looks like at the fixture? I’m curious what that other black is doing at the fixture’s junction box.

The extra BLK May just passing through to an outlet chain. They tied them to the terminal vs. wirenutting the two together and having a pigtail serve the switch.

@hydro311 I’m not quite sure what the fixture wiring looks like. It’s 25 feet in the air and I don’t have a ladder right now.

@harjms That might be the case here. There is an outlet next to the light for a garage door opener so it could be feeding that.

I think that answers my question though. Thank you!

The extra BLK May just passing through to an outlet chain.

Exactly. That is the proper way of sending a switched hot and a constant hot to the next box. I’d expect the switched hot to be the red, so that looks correct.

you also have Neutral available in that box. Use the white pigtail that came with the switch to connect the Neutral terminal to the neutral wire nut in the box