I got my bypasses for the flickering light issue. I took a guess that the bypass/resistor would go inline in the load wire, but that didn’t help. The lights still flicker and the switch freezes.

Bypass goes parallel to the light. so on the in and out side of the light.

How to wire a bypass to your Nano Dimmer load.

Thanks. If it is powering two light bulbs at different sconces, do I need a bypass on both bulbs?

Boom! Done. I put one on each light and it works perfectly. Thanks everyone!

Nope, just one.
Its like adding a 3rd bulb that gets you over the minimum load requirements.

Makes sense. Do you think I’m just adding unnecessary load now? I could remove the 2nd one. I’m tempted to leave it. The dimmer is working perfectly

Can I use it to bridge the black and white wires in one of these high-hats? 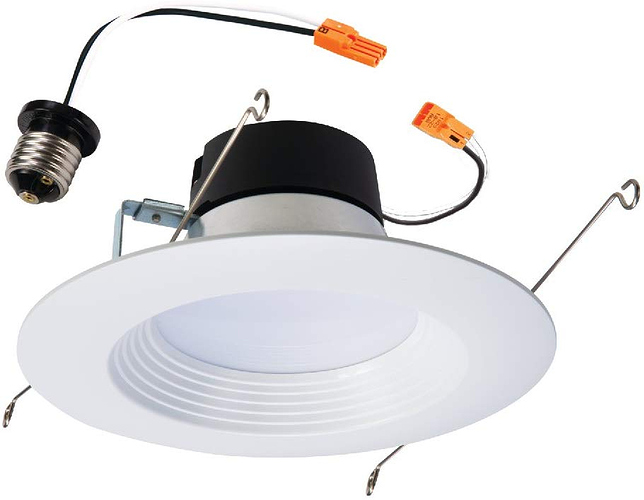 I don’t see why not. It seems like it’s doing exactly the same thing here

My question is strongly related to this one. My dumb switch controls half of an outlet. Two table lamps with 10W LEDs plug into that outlet via a power strip. I’m assuming together these will be < 25W and so I will need a switch and a bypass.

Two probably silly questions. One, am I correct that I’ll need to order a bypass? Two how do i connect the bypass since the wires only go to the outlet and not to the fixtures themselves? On the second, I’m thinking I connect it to the two wires going into the half of the outlet controlled by the switch – but not feeling too sure about this.

NVM if you’re going into a power strip, then using on/off. You may not need a bypass. I’m running a 6W lamp next to my bedside with no bypass.

On/Off switch requires neutral.
Bypass only good for dimmer switch,
It is against code (and in general a bad idea) to put a dimmer on an outlet.

Are there any suggestions for putting a bypass at the dimmer? I don’t have access to the light.

@ltbl - Do you have a neutral at the dimmer? If not, then you’re going to need to access the light. If you do have a neutral, I’d suggest making some extra pig tails to tie the bypass between load and neutral.

I do have a neutral jumper pigtailed to The other neutral wires. Do I pigtail the bypass between the jumper to the Inovelli and the other neutrals? I tried to connect it to the load and neutral holes in the unit but that didn’t work.

@ltbl - this is what I would do. The AWG wires from the bypass is too small to fit in the Inovelli switch when you have a large sized wire. You could either make a set of new pigtails for the bypass or just tie it in with the Load and Neutral wires. The new pigtails are just extra wire that would allow you to bundle the bypass. 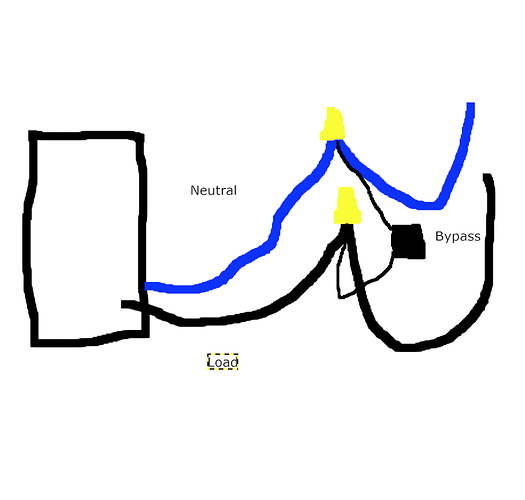 This worked thank you.

@harjms I have a Inovelli Red Series Dimmer that connects to some pendant lights. However, there is no Neutral wire. Inovelli says that it the Neutral wire is optional, but that you would need a bypass if bulbs are less than 40W. How would I install the bypass with no neutral wire? The Blue wire in the diagram you drew is Neutral…

How would I install the bypass with no neutral wire?

The diagram is blue because it’s hard to draw white with the background.