Do the Inovelli Switches Use the Neutral Wires in a Special Way for 3-Way Setups?

Hi, I am currently experiencing an odd installation issue. I have a ceiling fan controlled by a black on/off switch and ceiling lights controlled by a red dimmer. Both switches are connected to their own 3-way dumb switches on the other side of the room. However sometimes the switches will control the opposite device. For example, the light dimmer (or its 3-way dumb switch) will turn on the fan motor at 50%, which is bad for the fan’s motor. None of the wires are cross-touching so I don’t know why it’s happening.

The only thing I can think of is the way I have the neutrals wired. The lights and fans are connected directly to the same incoming neutral wire in the ceiling. That wire then runs to the Inovelli switches. Does the Inovelli switch somehow monitor the neutral connection to see if it should activate a device when in a 3-way setup? As in, the fact all the devices share the same neutral wire could be a problem? Or could something else be going on? 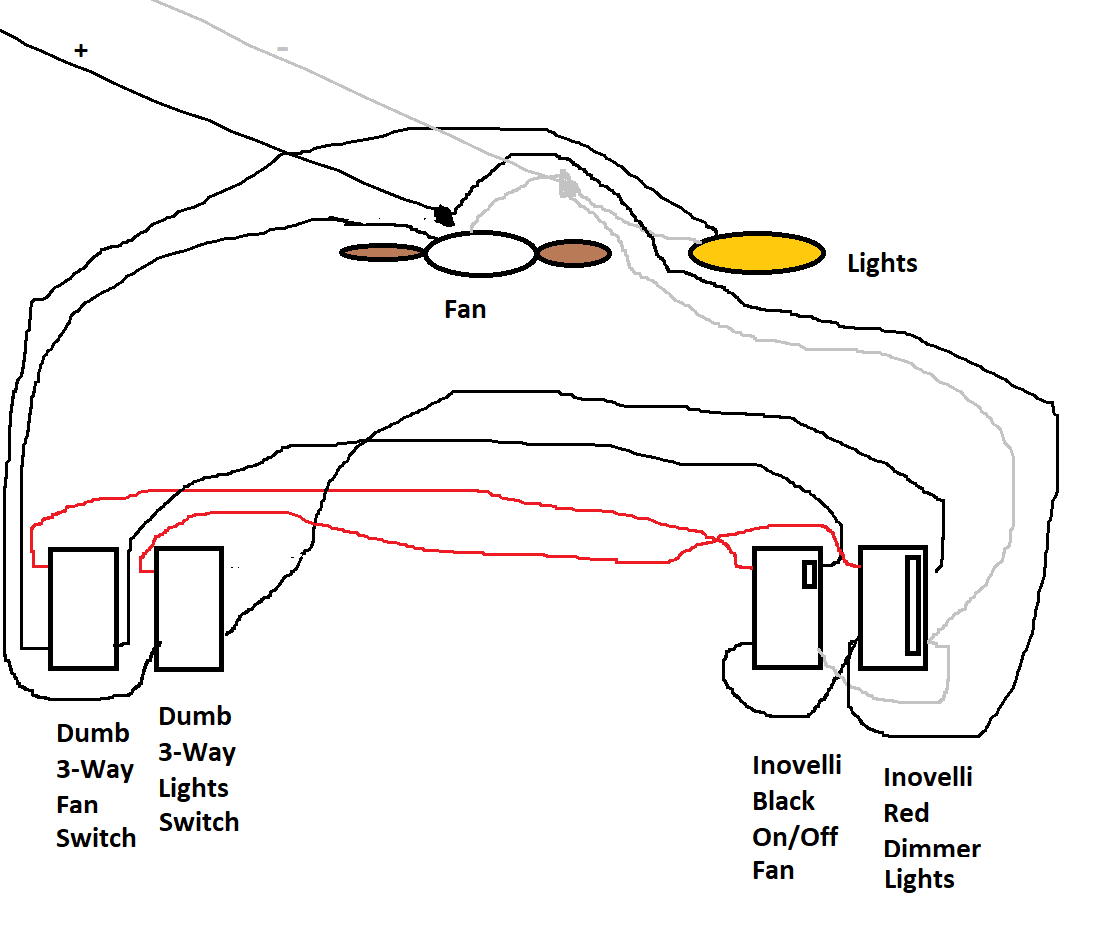 I am having nothing but issues. Also sometimes the 3-way dumb switch for the lights will turn the light to full brightness instead of the 50% it’s set to. Not sure if it’s the neutral wiring or something else.

What conductors are you using, Romex or individual like THHN/THWN?

I can’t think of any situation in which a neutral would cause your issues.

My first thought is you have one of the travelers crossed. If you’ve done that, it can still work properly part of the time depending on the positions of the switches. I would turn off the breaker and tone the conductors to trace them to the other box to make sure you’ve done what you think you’re done.

When wired correctly, the dimmer can’t possibly control the fan motor since the output of the dimmer is not connected to the fan motor. So, something most likely isn’t really wired like you believe it’s wired.