Hi. I’m encountering some strange flickering issues with 6 Lithonia Ultra Thin Wafer LEDs connected to a Red Series Gen 2 Switch. I tried messing with high and low levels but it’s acting all wonky. In the past I’ve used Lutron switches without issues and wanted to give this a fair chance but I’m at my wit’s end now.

I took a video but this board won’t allow me to upload it.
Here’s a pic of the lights: 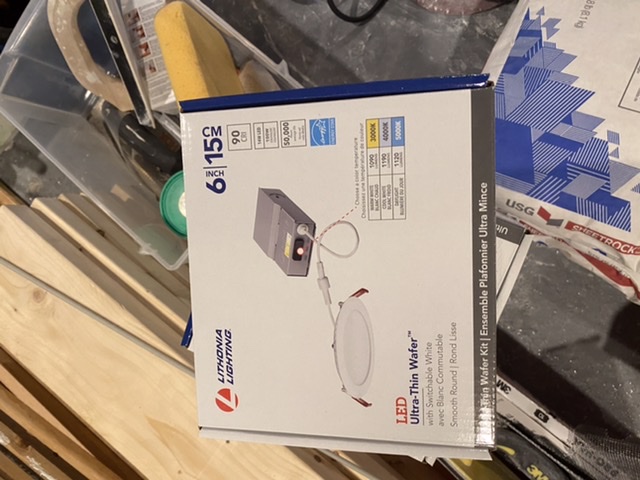 Hey sorry - you’re having this with the On/Off switch or Dimmer?

Hey Eric - I’ve seen you on the HE forum for a while and wanted to give this a chance. It’s a newer red dimmer. First one after having been a long-time Lutron user.

I’d also add that I tried updating FW using Hubitat in case that might’ve been the issue - could get it to download but wouldn’t install. However it’s pretty distant from my HE hub so I didn’t have time to troubleshoot and now it’s sitting in a box. I had taken a video of the behavior but I think forum restrictions for new users prevented me from uploading it.

Well we appreciate you giving us a chance! I think based on it being the dimmer, it likely isn’t compatible with the wafers you have.

There’s a KB article which explains how the dimmers are constructed here and what to look for in a bulb which may help if you’re able to swap out the lights:

Summary (TLDR) Flickering lights typically stem from a mismatch in LED/Switch drivers or using a dimmer with non-dimmable bulbs. Inovelli dimmers use MOSFET and Leading Edge technology which work with many different bulbs, however, if you have a bulb...

In addition, here’s a bulb compatibility chart that will help if you’re able to replace them:

Note: This is a live document that is constantly changing. If you'd like to make a contribution, please post in our community or reach out to us. Summary (TLDR) There are many different bulbs that are compatible with our dimmer switches. The ...

If you’re not able to, I’d recommend the Zooz switches as they have really good firmware too and I believe they are TRIAC and work with more bulbs than ours. Great company too.

Thanks Eric. Unfortunately I have an unusual situation with my basement ceiling height and not much space between the finished drywall ceiling and insulation/flooring above it in order for it to pass code. So I needed a very thin light that could sit in a narrow cavity and this fits the bill (which btw for anyone out there has amazing color rendering - probably the best I’ve seen so far.)

For now, I’m going to stick with the Casetas on these wafers since I have had them for many years. I might be able to find a use for this dimmer in other rooms.