Is the switch dumb or am I? Why can't I get 3 way to work

Please see attached picture which will do better at explaining it then I can. Pretty much I tried to wire it according to insturctions that came with smart dimmer and neither would work. When I wired the dumb switch back the way it originally was, the smart switch can control the light when the dumb switch is on. Im all confused!!! 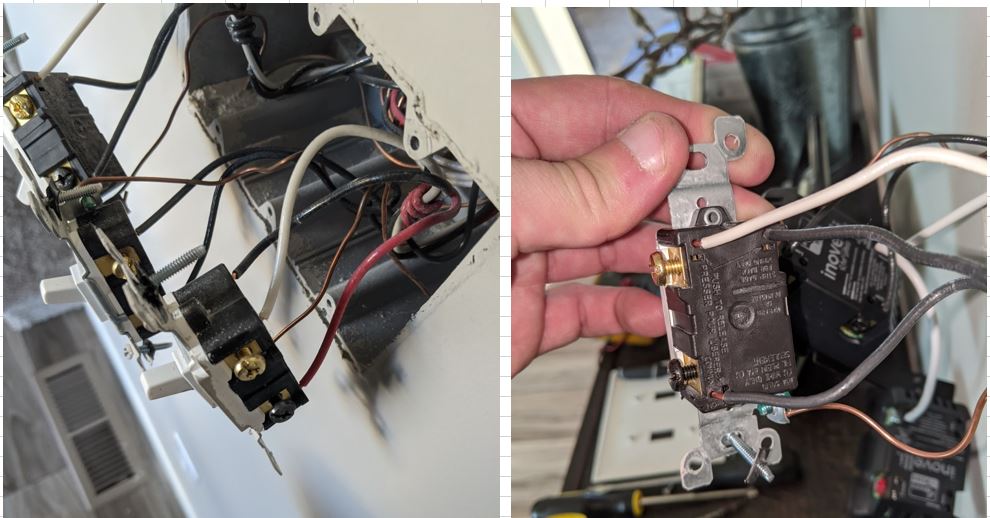 Can you tell us more about how you determined the hot line, and provide us pictures of the wiring both boxes?

I’ve typically seen the red wire used as a traveler, and black used for line/load. The behavior you are describing almost makes me think the line and load are in different boxes, and you have the switch in the load box. If that’s the case you would need to move the switch to the other box and/or install an aux switch to ensure constant power.

I then turned breaker back on and checked all 6 lines for voltage. The only line with 120v was the red wire. Also I do not have a red wire coming out in box2 so theres no way (far as i know) that red could be traveler.

Do you have a voltage detector to confirm which is the hot wire?

The only line with 120v was the red wire.

Do you have a voltage detector to confirm which is the hot wire?

I hope he wasn’t using his finger!

Lol. Little known fact, Fluke hired me and my finger to calibrate their instruments. “nahhh, this doesnt feel like 120, more like 240”

Did you get this one going yet? If you didn’t, need to see pics INSIDE of the box as well. It’s one thing to see the connections to the switch but another to see where they’re coming from. Plus you have something special going on in that far box with no red.

How often do you have to calibrate that thing. I have to send mine in every year.

Havent had time to go back to this one yet. I dont get home till its already dark outside so Im gonna have to wait till weekend to look at it again. And at least now, with getting the other 3 way to work, Ill have a bettter grasp of what Im looking for.

But what I am positive about is the red wire was the hot line. It has 120v going to it with all other wires on both switches disconnected. Very weird!

Remove all the wires from both switches.

Use a voltage sensing wand Like this to determine which one is the hot wire. Based on your pictures and comments, I suspect red is hot. Red is commonly line when the gang box has a 220 (red/black/white) romex cable. Black and Red are both 110 Line, with White S neutral. If you wire the red and black, you get 220V and white to either you get 110V.

If this is the case, wire the dimmer in the box with the red wire so to Line (red), Neutral (white) and ground. Also on this same dimmer, wire the wire that goes to your other switch as, black to Line and White to Neutral. This dimmer will be a remote dimmer.

What you have now is a master and remote. The remote does. It control a load. You can now pair both dimmers to you hub, the. Use the z-wave association tool to link the slave to the master. This will cause the slave to talk directly to the master via a-wave instead of using the traveller. Even if the hub goes offline, these dimmers will talk to each other, but only as long as they are paired to each other.

Red is commonly line when the gang box has a 220 (red/black/white) romex cable. Black and Red are both 110 Line, with White S neutral. If you wire the red and black, you get 220V and white to either you get 110V.

I don’t doubt the red is hot because the OP already said it was. But let’s not send him down a rabbit hole thinking he has 220V in his box. At least in the US, 14-3 is often used to wire a constant and a switched hot in parallel. That looks like 14ga to me. 220s are typically run to receptacles, not switches. Those things that use 220 will likely have a high current draw, so for a 220V receptacle, you’d use 8 or 10ga, maybe 12. So in a residential environment, I wouldn’t expect to find 220 in a switch box.

my three gang switch controls three separate circuits, fed via two cables, one is 12-2, and the other is 12-3. The 12-3 is very thin… looks exactly like the 14 gauge from 10 years ago. In my 3-gang box, I have what I believe he has, as the red wire appears to come from the left of the 3-gang, and the white/black go up the opposite side. If this red wire were from the same cable, I would agree, but since it comes from the other side, it is likely like mine. It’s easy enough to test with the voltage detector I linked to, or a multi-meter. But I am glad you mentioned this, as I forgot to mention to the user to also screw in those tightening screws to keep those switches in as low a profile as possible. No need to have them sticking out.

Ill hopefully be able to look at this again on Saturday when i get some daylight.

I think I had it wired RIGHT at first, but parameters were wrong (unknown to me), so I re-rewired wrong.
Then I got the parameters squared away but because it was wired wrong, it still didnt work. 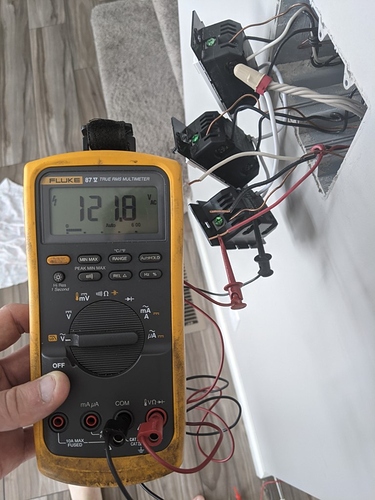 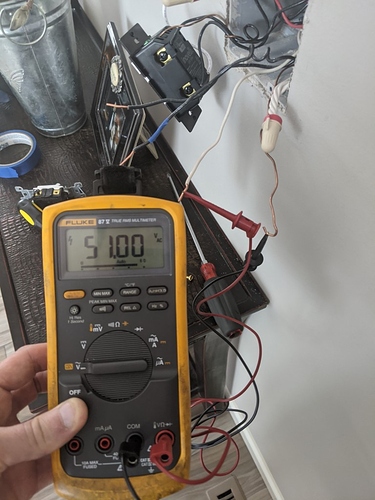 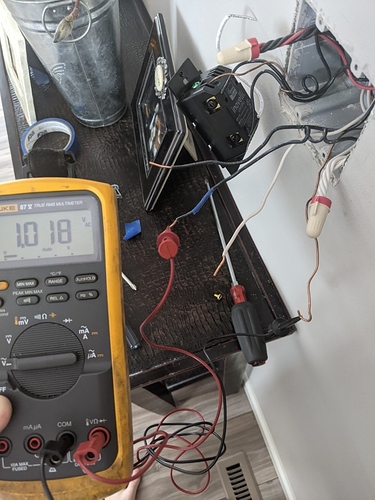 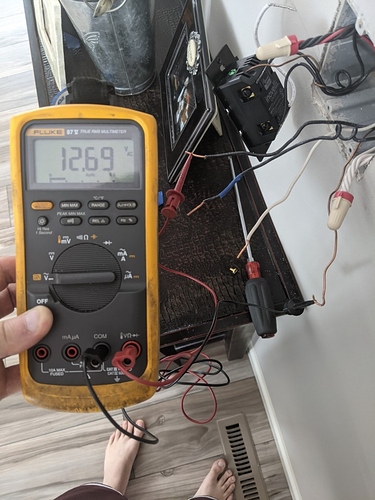 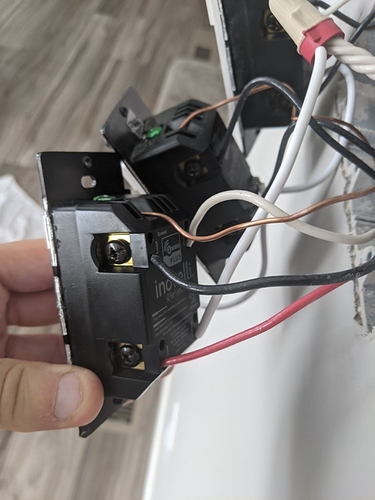 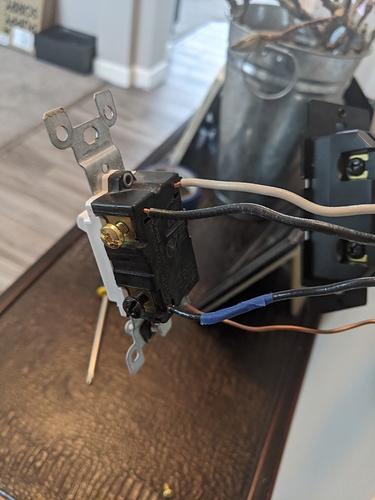 The voltage on the lines other than the red, with everything disconnected is very strange to me.

Glad you got it going. Those <120V voltage readings are likely phantom voltage caused by capacitive coupling and not all that unusual. Most digital meters are high impedence and will make it look like voltage is present even when it isn’t.