So electrical has a line, load, and neutral, but the switch on has line and neutral. That said, I just put both line and load on the line side as shown in the pics. Is this correct? Work so far from whatI can tell, though am trying to figure out how to adjust all when added to SmartThings hub and all. Thinking I may need to reset. 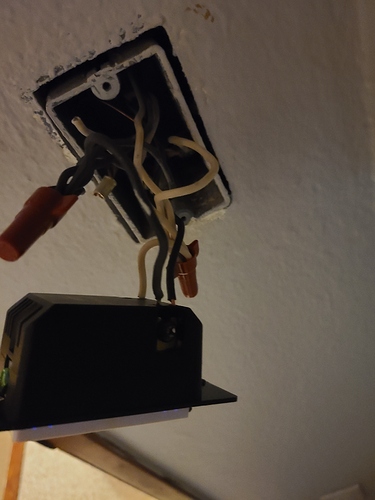 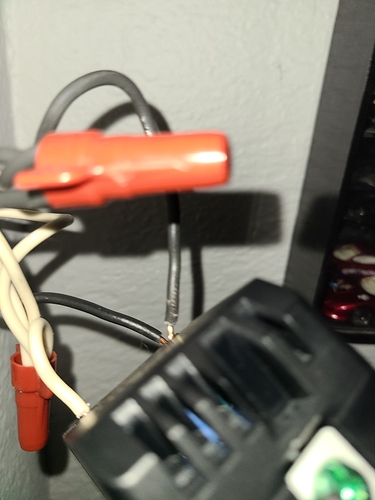 I just put both line and load on the line side as shown in the pics. Is this correct?

Yes, that’s correct. All you are doing is sending a constant hot and neutral to the fan box to power the Inovelli canopy module full time.

What’s with that loose white? It’s tough to see in your pictures, but it looks like you have 3 (maybe 4?) 2-wire in the box which would be in, out and to the fan. That has to belong to a 4th Romex? It probably belongs on the neutral bundle or at a minimum, capped off.

Also, on the two blacks attached to the switch, trim the copper very slightly so that the conductor sits flush to the switch. As is, you could cause a short if that unterminated white conductor would come into contact with the bare black when you shove everything back into the box.

The LZW36 is not a switch! It contains no internal switching or relay function, hence not having a load terminal. It sends the switch signals to the canopy module by 900Mhz radio wave, and only needs line and neutral in the switch box to power the “switch” electronics.

If you are replacing an old one-wire light switch with the LZW36 and there is no hot in the ceiling box, then there is no harm in feeding the power up to the canopy controller by putting the load wire onto the line terminal in the switch box. If there IS hot in the ceiling, you probably don’t want to potentially cross-connect two hots on different circuits over the load wire between the switch box and ceiling box…