I have wired a 3 way using the LZW31 in my kitchen with no problem, however in the hallway having some issues. 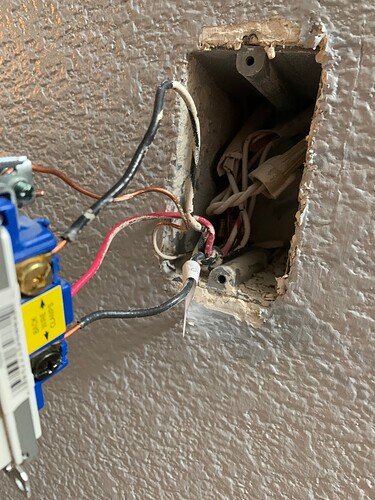 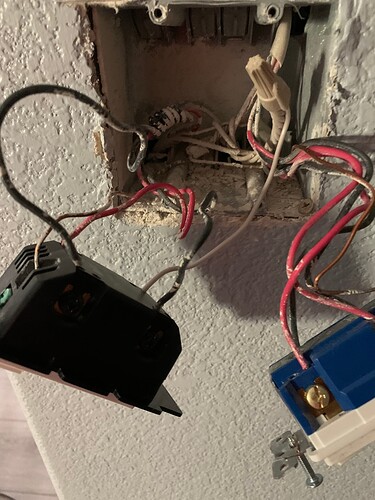 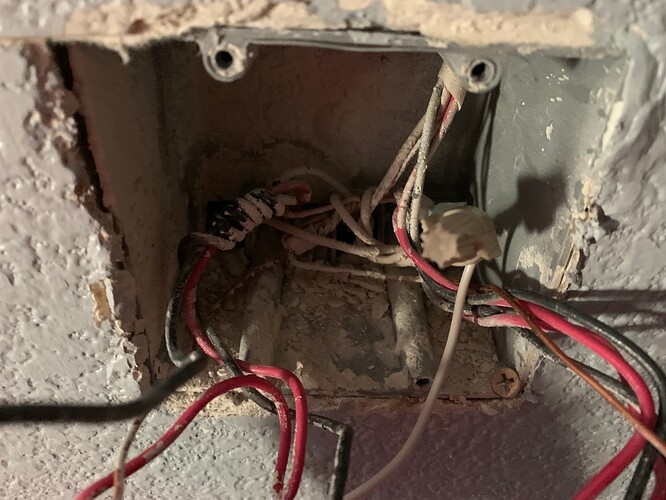 On the dummy I did not change any of the wiring.

On the LZW31, I added the white neutral. Test Load to be 118v and wire it in. The other black to the Line and Red wire to red screw.

That may be a typo, but your LINE should be 120VAC, not your load.

Did you test both boxes for a constant 120VAC to determine which side is the line and which is the load? The reason that I am asking is that in the 2-gang box, the black conductor that you have attached to the Line on the Inovelli is wrapped around other conductors. While every electrician has his/her own way of doing things, a black condutor wrapped around others on a 3-way usually means that is the common conductor. If that is the case, your line may originate in the other box.

But you also said that you get blue lights with the dumb switch in both positions. By that do you mean that the Inovelli is powered up regardless of the position of the dumb switch?

What is the firmware on the Inovelli? I’m thinking there was a fix for dumb switch issues in the upgrades, but I can’t find it.

Thank you so much, that worked!

Thank you so much, that worked

I had the load and line switched. The “curly Q” in the wire was the Line.