Purchased a couple of these dimmers (own about 6 or 7 of the older style switches) to dim some LED’s in my recently completed basement. I had my contractor try to replace the existing LED dimmer and on/off switch with 2 of these, and he kept claiming they were either “broken” or wouldn’t work with the LEDs. Basically what was happening was that the LED’s would stay on and would not shut off (neutral wires were connected). He removed the two switches.

This morning I decided to try and install them myself, and I managed to get one of the switches working properly, and it powers 11 LED’s. Blue light comes on on the side and everything seems fine, except for a very slight “burnt odour”. Have left it on all day and sat near the switch to see if there were any overloading issues, but so far so good and the smell seems to have diminished.

The other switch was meant to power 6 smaller LED’s (3.2 watts each, and say dimmable on them). But try as I might, it simply doesn’t work. At one point shortly after it was flashing the colours seen in the video below, it started to smell pretty bad so I shut the circuit off, and replaced it with a non smart switch. I did try a cheap LED dimmer, and it also worked fine with the switches.

Did I just end up with a bad red series? 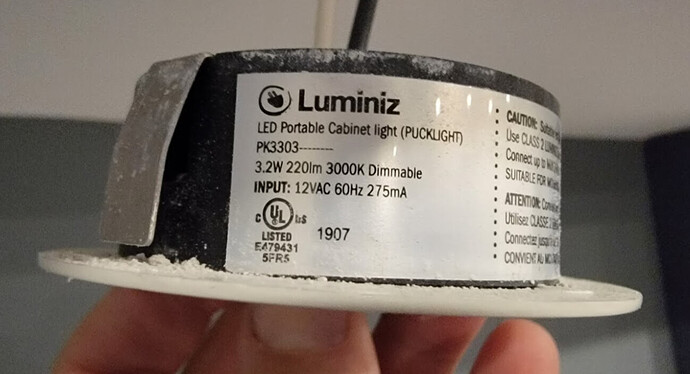 The package also looked like it had been previously opened (purchased from aartech), but the inside looked fine.

Unfortunately I broke it (doing something really stupid, simply trying to move it a bit as it wasn’t fitting properly under the wall plate!). Anyone seen this before? Has no branding/markings on it. But I liked that it was low profile, I’m not even sure two red series will bit into the box! 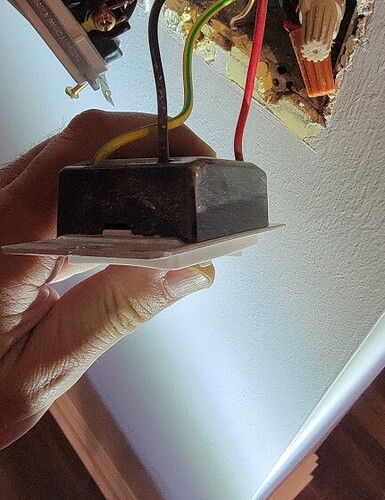 Did I just end up with a bad red series?

Probably not. Anything is possible but Inovelli’s failure rate is extremely low.

If you look at the specs on your puck light you will note that is a low voltage light. It’s a 12 Volt light, not 120V, which the dimmer is rated for. So somewhere in between the switch and the first light is a transformer reducing 120VAC to 12VAC, which I’m pretty sure the dimmer isn’t going to work with.

Regarding your first problem with the lights remaining dimly lit, the installation of a bypass to bleed off leaked voltage will likely solve your problem.

Ah, are their dimmer switches for that sort of LED?

Yes. You’ll have to find the transformer to see the model to be sure. It’s probably tucked in a closet or cabinet and should be accessible. It’s PROBABLY going to be this or similar:

Here is the spec sheet for your pucks:

Here is the dimmer compatibility guide for the TRP60 or TRS60 transformer:

You can also ask your electrician or call the info number on the spec sheet to ask.

Thanks. Curious… If I’m dimming on the 120v side, why wouldn’t the red series work?

Let me check on this for you with the manufacturer, this is a great question!

EDIT: They are out until Thursday for their holiday, but I’ll check then!

Thanks. Should I also be concerned with the one that is now working? It started to smell a bit when I tried that one on the smaller LEDs.

It seems to be working fine now, but still has that slight burnt smell to it (that never seems to go away) . I don’t want to risk burning down my house!

Should also add the switch gets warm after being in for a while.

It is connected to 11 of these… 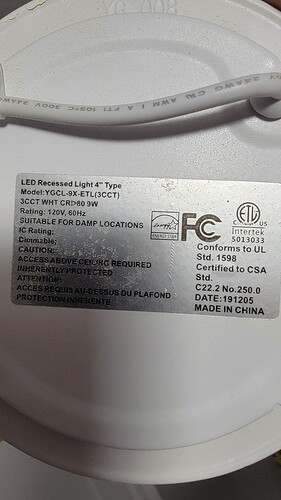 Mine get warm (I can feel the screws being warm to the touch), but I’ve never had any form of “burning” smell. Just as a point of reference.

Might have been a split second error on the original installer that did something. I’d test in a safe environment up near the capacity using incandescents for a bit to stress test and see if it is compromised.

I’ve been leaving it on all day (and shutting the circuit at night).

I think the installer tried that unit on the other lights when the first one didn’t work so that likely cause some over heating I am assuming?

Still not sure why it would overheat on the 120v side.

I’ve found that smell almost never goes away with switches, just not sure if it implies a compromise or what that could result in.

If it’s a risk I will remove the switch (which would suck for me as I have no idea why the switches wouldn’t work on the 120v side of a transformer).

Dimmers are rated for varying load types. So every dimmer won’t work in every application.

I think the real issue is what damage was done to both switches by installing them in a configuration for which there were not designed. Since both switches were first installed improperly, neither may be working properly now.

Thanks, starting to wonder if I’m out CAD$100 in switches at this point. Curious, where in the documentation does it state it doesn’t work with a 12v to 120v transformer?

Curious, where in the documentation does it state it doesn’t work with a 12v to 120v transformer?

AFAIK, it doesn’t. But there are a lot of things the dimmer won’t work with, probably too many to list.

Unfortunately, I don’t think your “installer” who I’m guessing may not be an electrician, did you any favors. When you are installing a low voltage system, the first thing that should cross your mind (not you specifically, but someone you hire that is supposed to understand this stuff) is that you will be controlling the voltage to a transformer, not the voltage to the lights.

There are two types of low voltage transformers, MLV and ELV, and they need to be mated with a dimmer specifically designed to work with one of those specific technologies. I don’t know if the Inovelli dimmer is rated for either of those, but there are other manufacturers that produce different dimmers specifically designed for one or the other.

Unfortunately the electricians that did the original work are long gone, and there is no transformer anywhere so I assume it’s buried in the bulkhead where those potlights are.

@Eric_Inovelli Can you confirm if the dimmer works either of the two transformers mentioned by Bry?

I feel like I’m a little out of my league here in understanding what’s happening, but I remember Brianna asking about ELV vs MLV and this was the response: 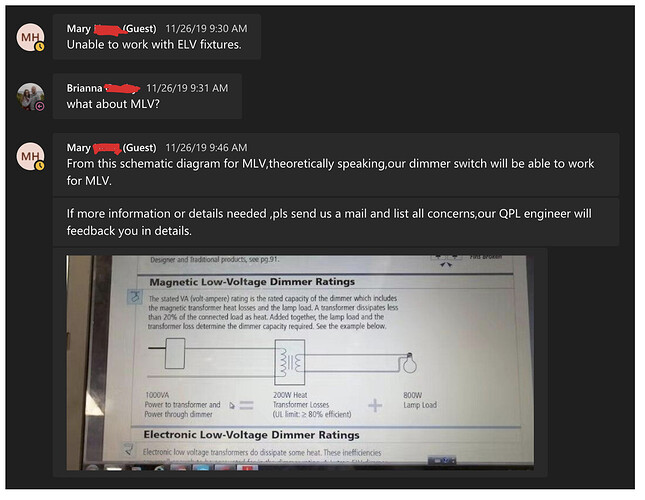 I do have a note out to the manufacturer about this thread specifically, but they just came back to work last night, so I’m sure they were catching up on their day to day before tackling this issue.

@JasonL_Inovelli – when you get caught up, can you take a look at this thread and pass onto your engineers?

EDIT: @pbc – just confirmed with Jason that the switches should work with a transformer. I know this is tagged as a neutral setting, but can you confirm there is a neutral wire connected to the switch? I’ve seen this behavior in non-neutral settings when there’s not enough wattage, so I’m wondering if that is the case here.

@Eric_Inovelli any response from the manufacturer?

Can you get me the transformer make/model?

It’s hard to troubleshoot with them as they will have to replicate this. They’re claiming it should work just fine with a transformer, so I’m not sure what’s going on in your case. It may just boil down to an incompatibility issue, but we won’t know unless we’re able to troubleshoot from our end.