2nd 3 Pole - Top of stairs and end of hallway
Put another smart switch at the top of the staircase with an aux switch at the end of the hallway. 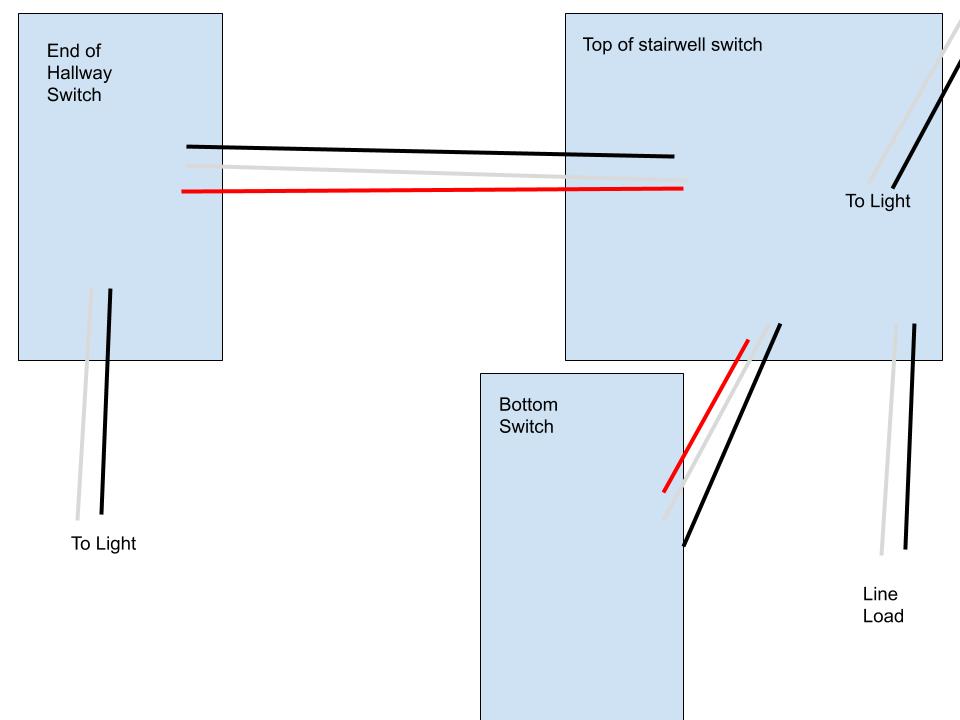 And here is what I’ve been trying to do: 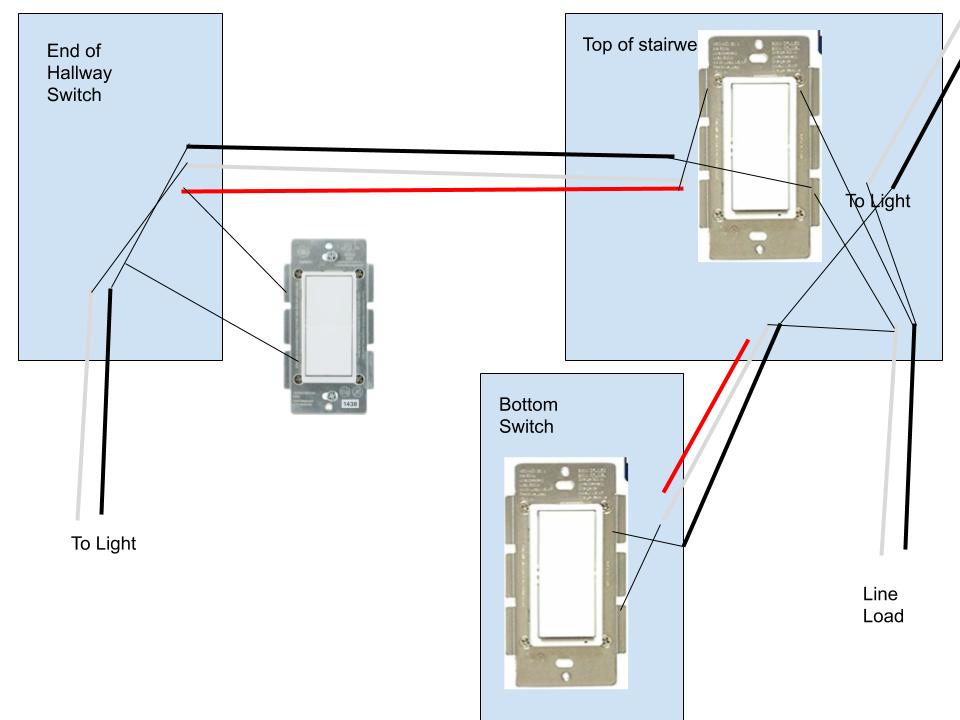 What am I screwing up? For the life of me this won’t work. I also had the bottom of stairs switch working for a bit, but then tried to ramp it up, heard a pop, and have gotten nothing… I’m guessing I killed it?

I’m guessing I killed it?

Regarding the pop, probably.

I’m working on setting up a double three way in three locations.

I have no idea what a double three-way is. Do you mean that you are trying to control one light from three separate switches? Is this working now with dumb switches or are you trying to add something on to what you already have?

I think I just killed another one at the top of the stairs. I may just put this back the way it was…

As for a ‘double’ three way. I have two three pole setups with each sharing a double gang at the top of the stairs. Both three poles are powered from the same Load/Line.

Ok, so you have two 3-way switch legs in a double gang box at the top of the steps that has a line and neutral in it.

No Neutral. It just has a black, white, and ground. (No neutrals on any of these).

I would like Inovelli at bottom, no switch at top. This controls light at top of stairwell.

Then another inovelli on the other 3way at the top, and aux at end of hallway.

Bottom of Stairs Single Gang: One Inovelli Switch
1 Romex with Black/White/Red/Ground going to top of stairs

The idea here is that I’m just going to associate the switches so all the lights are controlled together.

Also confirming that I definitely fried the two black dimmers. I tore one apart and the capacitor was blackened. Oops.

I would like Inovelli at bottom, no switch at top. This controls light at top of stairwell.

Why do you want to remove the top switch? Are you going to do something with the box?

I have a blank + single decora cover for the top switch.

Not quite sure why you wouldn’t just leave both switches. Just so you’re aware, removing one of the switches that lights a stairwell likely violates your electrical code. It may present a safety issue as well. I don’t know where you are located, but if you’re subject to the NEC, that’s prohibited. I know you didn’t come here for code advice, but those are my thoughts.

I don’t have neutrals, so I’d have to use an Aux which I can do. Just felt like I could make it work with just the 2x inovelli’s and the aux.

I’m really just struggling with the power source into the box then having to make the circuit with the lamp. 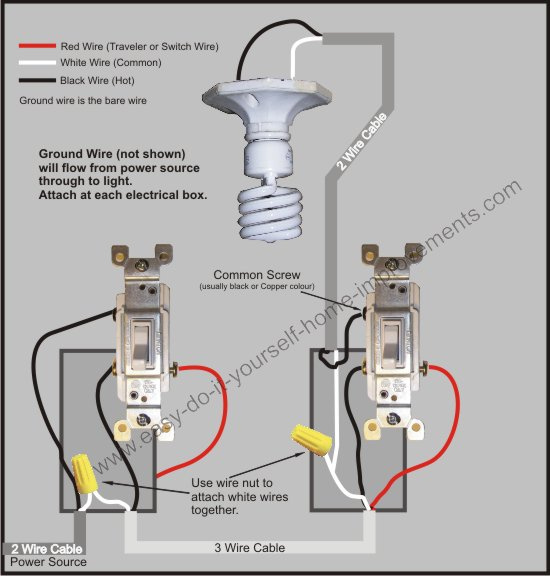 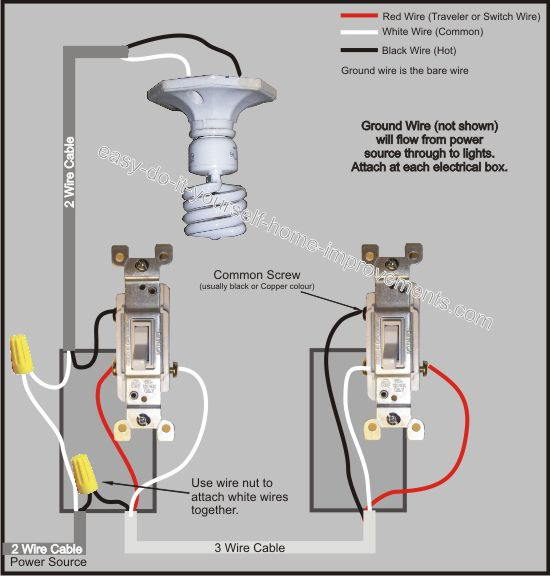 Both the power in-s are in the same double gang.