This will be my third 3-way I am installing. The first 2 both had similar wiring and was pretty easy to figure out. This one is different.

I pulled both switches and first checked here as I assumed line would be found here:

There are 2 other smart switches here but they are not 3-way. Line is not here, it’s at the second switch and is the red wire:

This second switch only has a single 3 wire romex and the white is already connected. Does this effectively mean there is no neutral here?

This would be controlling a single fixture, single bulb. It is a dimmable led, ~3w I think. Am I going to need a bypass here (I hope not…) Would the red dimmer still go in this second switch location?

You’re correct. If line is red, it means your other two are travelers. You need to install the switch here and will most likely need a bypass (as you stated). Neutral was probably left at the light fixture.

Its difficult to be sure but it looks like both switches are wired at the end of a 3 wire cable. 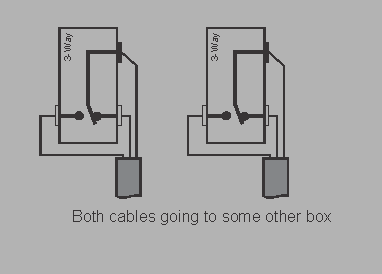 Can you find the box they might be going to?

If this is the configuration then there will be no neutral in either box. But please try to find the other end so you can be sure. Its likely at the light.

That first box is a bit of a mess honestly. It has one of the 3 way switches and 2 other non 3 way switches in it. There is a neutral in that box as the 2 non 3 way switches are currently ge smart switches that require a neutral. When I put in all of these switches, I remember having a very hard time with this box getting everything working. It is possible I didn’t do something correctly at that time but everything is working how it is.

I purchased a bypass yesterday. When it comes, I will pull the light box and check that out as that is where that would be going anyway. I do not recall what wires are there and I wasn’t specifically looking for a neutral there at that time either.

I assume the switch pulled out of the box in the first photo is the switch you want to replace. Do all of the wires to that switch run to a single romex? Or other wires in the box involved?

Based on the colours of the wires in the first picture I’m assuming there’s another wire involved. Pulled out in pic #1 is red, black and black. A single romex would not have 2 black wires.

In pic #2 I’m seeing red, white and black with the red being the assumed line wire. If the switches were connected directly together, that white wire would be seen connected to the switch in box #1, but it’s not.

My first instinct is to say this is a 3 way with the light in the middle, but that doesn’t support there being no line wire in box #1. I’d check those 2 black wires in the first picture again with a meter. One of those should be hot. And if it is, it should be pretty simple to wire up from there. 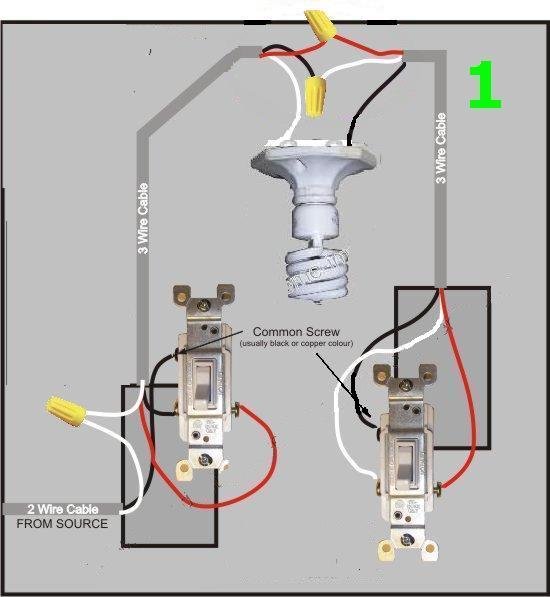 EDIT: It may also be a good idea to pull that light fixture to see what’s going on at the light itself.

Thanks, I will check again. The first box does have 3 wires going to the 3 way switch but when I measured, line was not there. It is possible I wasn’t measuring properly. As I did purchase a bypass, I will need to pull the light to install so I can check the wires there at that time.

Looking closer at pic#1, the black wire that’s sticking out on the right side appears to be coming from the top of the box, while the other black and red appear to be coming out of the bottom.

I would be under the assumption that the white wires from both of these wires are tied together with a wire nut. These are likely your neutral wires.

That black wire to your right would be my first guess as your line wire.

My thought as well. I discovered one of the ge smart switches I had installed here quit working. I am not sure exactly when this happened but when I opened things up to look at this initially, that was the first time I had done anything there in quite some time so I have to assumed it happened then. What happened, who knows. I measured for line at that time and can only assume this is all related.

I replaced that non working switch…everything in that location is functioning now so I will investigate/measure again. There is definitely a bundle of white wires back there.