Pigtail the load to line via two terminal holes in back of Inovelli switch, i.e. smart bulb is always powered?

I have an Inovelli black on/off switch LZW30 which I would like to use to turn on/off a set of zigbee smart bulbs, connected by SmartThings. I also understand that smart bulbs must have constant power, so I cannot simply turn on or off from the switch. So I was thinking of the below solution: 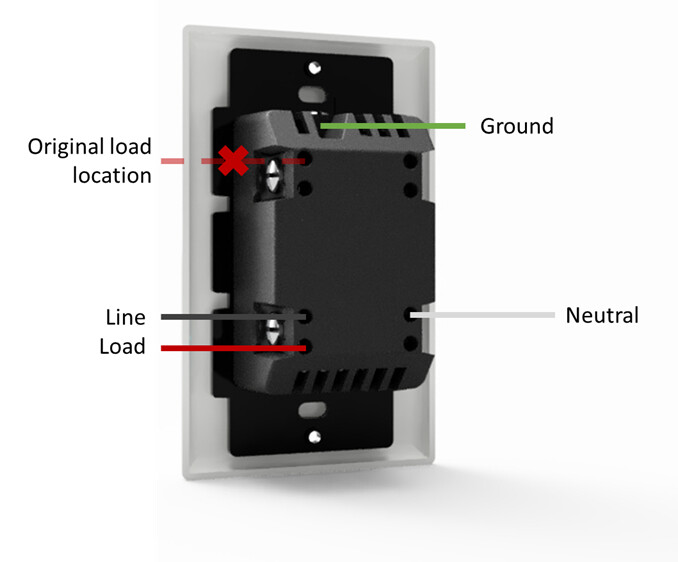 I believe this would provide constant power to the bulb, and I would still be able to send on/off status of the switch to my hub. And after that, I could use automations to have the smart bulbs reflect the status of the switch. Is this a viable option?

I understand this would mean turning the switch off would be misleading, which would be troublesome if we ever needed to change the lightbulb. I also understand switching to a red series on/off/dimmer or black series dimmer would resolve this issue, but I’m having trouble finding them online! Is there a beta firmware or DTH that might add scene control to the black switches?

Cross-posted and discussed here as well:

Pigtail the load to line via two terminal holes in back of Inovelli switch,...

No problem. I see it there. Yep, you are correct about the red series.

In your case, you could use a red dimmer in lieu of a switch since the load is a set of Zigbee bulbs. The settings are a bit different from the switch, but you can also use it with smart bulbs. You can then use taps of the paddle to send scene events to control the Zigbee bulbs.

a set of Zigbee bulbs. The settings are a bit different from the switch, but you can also use it with smart bulbs. You can then use taps of

Thanks Bry. Just to have closure on this topic here as well, I’ll post my remark here too:

I decided to avoid any potential electrical issues and just buy Red series dimmers. I will use the Black series on/off switches elsewhere. Fortunately they are in stock now. Thanks for talking me out of it.

I’m glad you didn’t use the picture to wire it, because LINE and at the bottom of the switch; load at the top. Not saying you were going to wire it that way, but some people use pictures for proper hookup and this would’ve been wrong.

Oh geez, thank you for pointing that out. For sake of avoiding confusion down the line, I corrected the picture.

Just a note for anyone looking at this later, you also would not get power/energy readings from the switch if you wired it this way.

Just a note for anyone looking at this later

Plus I would be concerned about the air gap not being functional.

I appreciate the ability to daisy chain my line from switch to switch, but definitely could cause confusion!

Good point, for those looking to attempt this with red switches. I did not specify in the subject that I had black switches.