A low-profile Z-Wave appliance module that does typical energy reports and either a firmware switch to disable the relay in ‘on’ mode (or doesn’t have a relay). I would use this device on things like my fridge and second freezer, sump pump, septic pump, radon pump (things I would expect to be on 24/7 and never want to turn off with automation). Bonus points for 20 amps. 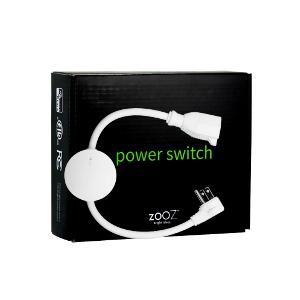 So small, so smart. Wireless & manual on/off control of floor lamps and small appliances Energy monitoring in live mode or over time

Thanks for taking the time to post a suggestion. Unless the device has the capability to completely disable the relay component, it won’t work for me. Does this device allow the switch component to be disabled?

Not sure what you mean by disable the relay component. This allows you turn on/off a device via zwave.

Not sure what you mean by disable the relay component.

I think @DaveL17 means “Disable Remote Control” which means a Zwave controller cannot turn it on or off. This way and errant Zwave command won’t unexpectedly turn off a critical component. Same thing that’s present in the switches and dimmers presently.

Got it. I don’t have the device so I’m not sure. You could probably look at the DH and see if that’s an option.

@Bry Precisely. While I would prefer to have the device not be a switch at all, being able to fully disable the relay is the next best thing.

Right now I’m monitoring with an inductive energy meter which works, but it’s less than ideal.

The newer firmware let’s you disable local control but not remote control.

Edit: if you’re worried about zwave you could write a rule to turn it on if it ever triggers off

Thanks @stu1811 - yes, a flip/flop trigger is possible, but too risky IMO. If I lose my sump pump, I become the proud owner of a new indoor swimming pool. That’s why I want to monitor its energy usage so much.

I use a Zen 15 on several Sump pumps, a freezer, refrigerator and other “critical” devices. It can be set to restore to “on” after a power outage, and my rules never touch the relay, they simply are used to track power usage.

As stated, I believe the local switch could also be disabled, so unless you actively told the Zwave to shut it off, it couldn’t turn off.

I’ve been using Z-Wave too long to trust it like that. I’ve seen devices turn on/off with no corresponding instruction from the controller (not my Inovelli devices). I’ve seen devices go NO ACK and not respond to commands without being physically rebooted–from multiple manufacturers and with different types of devices (most common to those with relays). If my Z-Wave thermostats become non-responsive after a power outage (which they sometimes do), they still work as thermostats. My smoke alarms still work as smoke alarms.

I do appreciate the help, but I’ve been at this a long time and even the idea of running my sump pump through a device with a disabled relay makes my shorts get tight.

I’d suggest reaching out to Zooz support to find out if the relay can be bypassed or not. Agnes monitors the Hubitat forums, but my experience with Zooz support indicates you should get a quick response.

I can certainly understand your apprehension on a relay. However “disable” is still a software control within the switch. So, even with “disable relay” option set, a firmware or power glitch could still cause the relay to open. For critical uses as you describe, I would be paranoid of any relay, even if “disabled”.

Presumably, though, you have redundancy, such a water sensor should the pump run, but fail to pump.

Agree with all and that’s why I use inductive now. Also why I think a relay-less energy reporting device would be so useful. It would be more stable than inductive and if it failed, the juice would still flow.

As for redundancy, we have a battery backup pump as well as an automatic cut over to a natural gas generator. We’re rural, and our power is not something that can be counted upon. We recently had an ice storm and lost a clock radio (dead as a door nail), and a high-end rack mount surge suppressor (comatose) to a hard brown-out that hit before the power went down for nearly four hours.