I have around 35 Red Dimmers installed so far and also a handful of recently installed Zooz on/off switches.

I noticed there is a bit of delay in my red dimmers when turning them on at the physical switch and updated the physical button delay to 1ms, and adjusted the min dim levels to 22 which is as low as they go, which has helped a bit.

Problem I have now is that ever since I installed the Zooz switches, my wife is hounding me about why the dimmers are so slow to turn on the lights compared to the Zooz switches which are as instant as can be.

What else can I do to speed up the responsiveness here? Also worth noting that the switches seem to respond via zwave faster than when I actually press the switch locally.

Is there a way to control ramp up and down independently? I like them turning on fast but I do also like to have them fade off if that makes sense. I know, wants his cake and wants to eat it

Is there a way to control ramp up and down independently?

AFAIK, there isn’t. I believe it’s been discussed or requested in the past.

You could also use scene control to do 0 transition on and 3 second transition off. Thats what I do in some scenario’s.

Is there a way to control ramp up and down independently?

AFAIK there’s no way to do this when physically controlling the switch. But if you’re turning the lights on/off through a zwave command, depending on the platform you’re using you may be able to set a transition time through your automation. This for sure can be done with Home Assistant.

I found that raising the minimum level a bit higher than the “lowest the lamp will go before it flickers/turned off” helped the WAF quite a bit. Instead of 20%, make it 30% or 35%. That way it ramps to “full on” faster (30-99 vs 20-99 over the same amount of time) and its much more obvious that the light is on+dimmed vs off. Sometimes it was getting dimmed down to where it can’t be seen (esp in daytime) instead of turned off. An up button press then wasn’t turning an “off” switch on, it was raising a “not very visible but on” only one dimmer tick. We don’t miss that difference between 20 and 35% at all.

I use a dimming speed of “2” from the switch, as otherwise it was too hard to get press-to-dim to move slow enough to catch it at the dim level you want.

I also set the config button action in ST to toggle the on/off state for the times that gets accidently pressed as part of pressing the larger toggle. Happens all the time.

And thinking about it more, if I had anything i would want from the red switches, its followups to the things I mentioned above.

Would be ideal to have more granular control on the ramp rate and also have independent control for ramp up and ramp down.

@Eric_Inovelli Any chance this could be an enhancement in future firmware?

Yeah I’ll be honest, I never understood the 0-100 setting.

@EricM_Inovelli can you, “shed some light” on this?

In regards to the independent ramp rates for on/off, I know this is probably not what you’re going to want to hear, but here goes lol - we can’t add anymore features to our current switches due to space on the Z-Wave chip (we maxed it out), however, we do plan on implementing this feature on our new ZigBee switches.

We actually asked about this and the response was that even if we removed a parameter, there still wasn’t space. I’m not sure if they were pulling our leg, but it’s what we were told.

If we’re able to upgrade to the 700 Series Z-Wave switch, we will certainly add it.

Wish I had better news regarding our current switches.

Yeah I’ll be honest, I never understood the 0-100 setting.

Non smart switches also don’t offer much of a very granular on/off ramp either, but I guess with a smart switch you’d like more knobs to mess with. 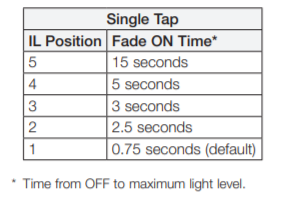 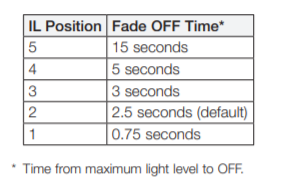 Part of their issue is the UI (you only have so many states you can represent on 7 single color LEDs) but at the same time the jump from 0.75 to 2.5 is freaking huge. Especially when a 15 second on time makes no freaking sense. For some lights, we’d prefer 0 second ramp time (near instant). For others, .75s is too fast, but 2.5s is way too slow. Kinda frustrating, but for whatever reason those are the timings that Lutron has used for years.

Looking forward to trying the Inovelli Zigbee switches. As much as Im a Z-wave fan, it seems like there are more options/development/progress being made in the Zigbee ecosystem.