Single Switch 14/2 Fan AND Light -- Does the On/Off Support Both?

I have a single gang box with only 14/2 that I have a ceiling fan on. I previously was using an Insteon FanLinc (just a canopy module). While I wait for the Inovelli version to come back in I just have an On/Off switch in.

I’m told by both Zooz and Inovelli the switches were only designed to have 1 load OR the other and not BOTH. I don’t get why? I fully understand I can’t control speed and that I need to use the pull chains on the fan to turn the fan or the light off if I only want one on.

I don’t understand why the switch in the circuit matters at all. This is perfectly fine with a dumb switch. If this isn’t technically supported by the design then is there a good workaround in the interim?

I could go back to a dumb switch but I also have a lamp that I use most of the time over the ceiling light and just do a double tap as it is the only switch in my office. I’m not a huge fan of having remotes laying around. I thought about disabling the relay and putting in smart bulbs, but at at the end of the day the light and fan still go through the switch so that would also seem that is not done ‘as designed’

As a note both work fine, but don’t want to cause any hazards.

I can’t see why this would matter. The switch uses a relay and should be able to easily switch both the fan motor and light at the same time.

You should verify the fan load.

LZW31-SN as a fan switch

2 runs coming in from the bottom and then one going to the fan and light itself. 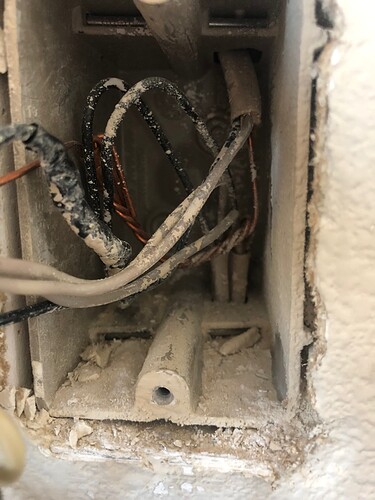 Got it. NVM. Almost sounded from your first post that you might have had a switch loop, but that’s not the case. Just checking . . .