I have created, well modified it actually, a version of the ABC Button app that stephack wrote and with his blessings I modified it for use with Inovelli switches ONLY.

It will NOT create any scenes for any other button type devices and never will so please do not ask.

First, this app is unofficial, that means Inovelli, as a business, has not backed this app nor will they support it even though I am a employee of said business that modified the code.

Second, absolutely DO NOT post bugs here. All those need to be created in the project space under ISSUES

Third, USE AT YOUR OWN RISK!! but there is nothing that will hurt the Hubitat hub as I have been using this app for quit some time now with no bugs.

So here is the code…
https://gitlab.borgnet.us:8443/sgrayban/inovelli-scene-creator

Install both as apps. 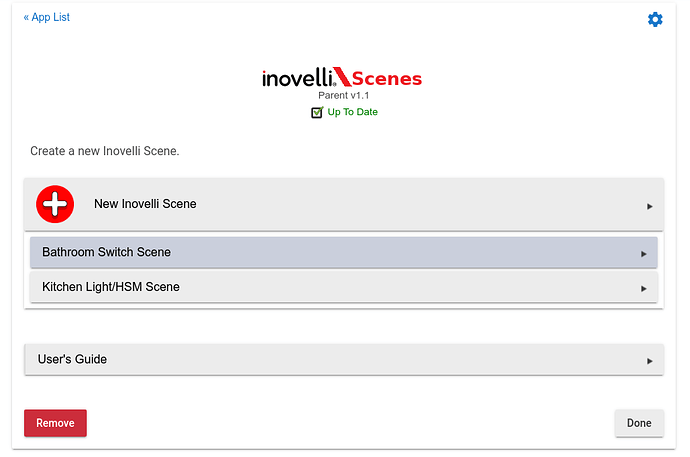 Aside from branding, are there any major differences or added features?
I’ve got all my Inovelli buttons setup in ABC right now so wondering if it’s worth making the switch over.
Also does it support a custom driver such as @BertABCD1234’s where there are 11 buttons instead of the normal 7?

I removed SMS/Texting stuff and it is locked to work with Inovelli switches only. And instead of hold/held its tap1 up or tap2 down and so on. Makes it a bit more logical for users. 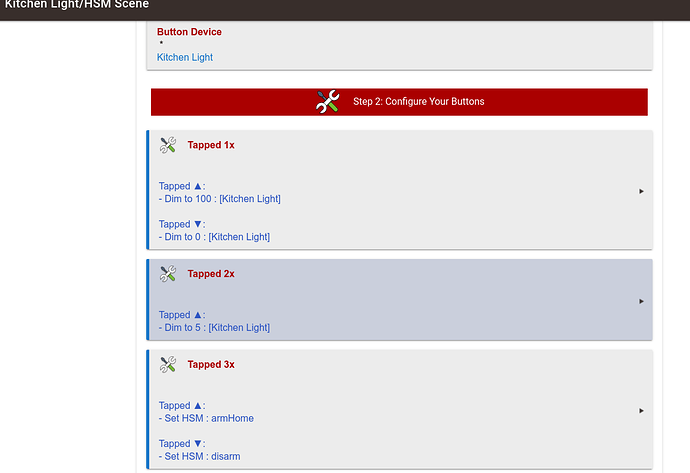 What sort of custom driver are you using ? Is it like a add-on ? I don’t recall seeing this in my virgin ABC code from stephack.

Unlike the Inovelli released driver where double tap up/down would be button 2 pushed and button 2 held, in this driver they simply are button’s 3 and 4. Hence 11 buttons vs 7.

The massive benefit of this driver over the Inovelli driver is that it exposes the ability to set the default LED colour through RM. Instead of creating a rule to turn on/off child switches, you setup your rule to change the default led colour instead. This way, when your “notification” is on, you can toggle the switch on/off send commands to it, etc… without it reverting back to the default led colour.

Ok I see what you mean… so the answer would be no then. I am going to keep it as virgin as possible… KISS approved. That will reduce any issues that might crop up. You can try it out and see if it works but I’m not going to support it.

Also does it support a custom driver such as @BertABCD1234’s

I’m not sure what all the new Inovelli Scenes app will do, but my driver works perfectly fine with stock Hubitat apps like Rule Machine/Button Controller, the popular community app Advanced Button Controller (Inovelli’s driver fails here because they usurped button event names for things not generally associated with those events — ABC will do a stopLevelChange on release, for example, but Inovelli doesn’t use that event name even though it’s what the device is doing), or my own Dimmer Button Controller app (no reason you couldn’t use it, but if you do, be careful that you don’t confuse its own software-simulated multiple-press functionality — which I’d ignore here and just use the first push for each button — with Inovelli’s native multi-tap support, which will show up as different button numbers, just like everywhere else).