What to do with bricked Gen 2 Red Series Dimmers

So I shorted out 2 of my LZ31-SN Dimmers. Dumb move on my part. I’ve tried to revive them by pulling the air gap and flipping the breaker multiple times along with pressing the config button for 20 second and I still got nothing. I opened one up and didn’t see any signs of damage.

Is there anything I can do with these or just throw them out?

Are these in a neutral configuration? Does the LED illuminate?

I had two of them in the same box and when I was moving them in the box the Line from one hit one of the post from the other and got a spark. Since then the LED won’t illuminate or do anything.

Unfortunately, if they are wired properly with a hot and a neutral, you don’t get the LED to light, and they won’t factory reset with a 20 second press as you’ve done, then I think they’re history. 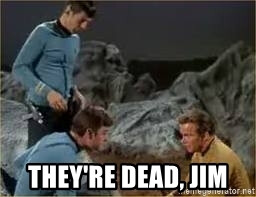