Who let the smoke out?

So I opened up an Inovelli switch that had stopped working. Does anybody here know whether it’s supposed to look like this? Any chance a firmware update would fix it? 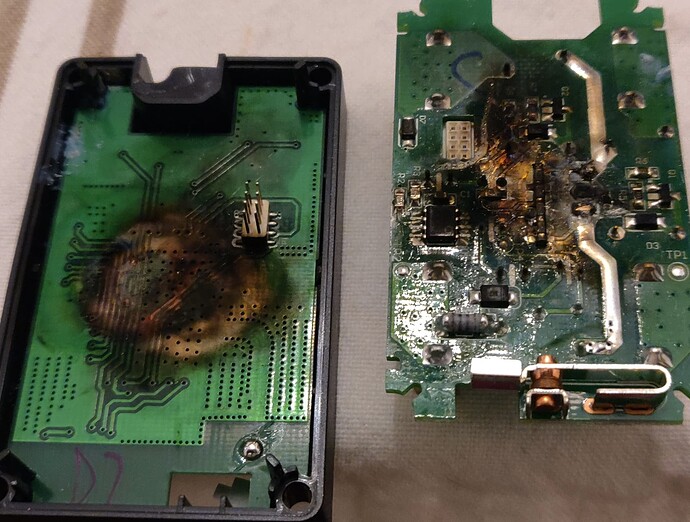 As a lesson for others, this is what happens when you don’t do a power probe on a wire that you thought was not hot and then cut that wire with wire cutters. Big poof on the cutting end, and apparently also one on the switch end.

If you look closely you can see where the copper on the board was vaporized and deposited in a nice sheen all around the area.

Yikes!!! You’re lucky that’s all it did!

I don’t think it was luck. I think that the damage was limited because the electrical code has been built on learning from the past. If the switch hadn’t isolated the short then the breaker would have.

An interesting bit on this case is that the Innovelli switch still has functionality. The switch still shows as active in the zwave controller and the relay clicks when triggered. The switch isolated the short so well that the breaker didn’t even trip. I don’t intend to continue to use it, but it could be used as a zwave-only switch and repeater.

Any chance a firmware update would fix it?

I think you are probably going to need a hardware update for that one.

Coincidentally though, I just watched a similar video from The Slow Mo Guys about 12 hours ago. 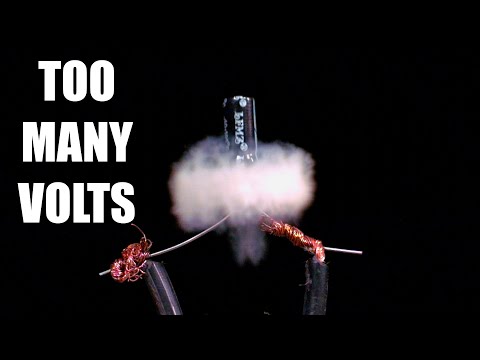 That is fantastic! Thank you!