Wiring two red dimmers in 3-way, one neutral not in main box

I made a post here the other day while installing a 10-pack of red dimmers and ran into another issue. I’m trying to install two smart dimmers in a 3-way. Box 1 has the main line coming into it (no voltage at Box 2 if Box 1 is off), but it does not have a neutral bundle. Box 2 has a neutral bundle. How would I wire this to work with either two inovelli smart dimmers (preferred) or one dimmer and one dumb switch? 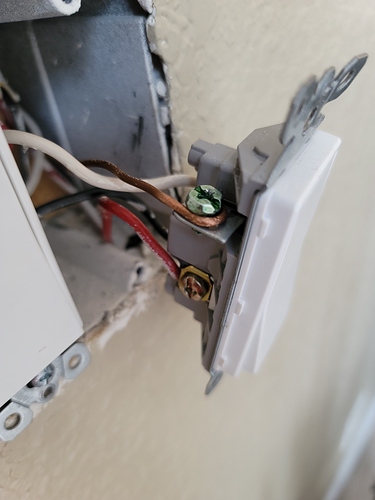 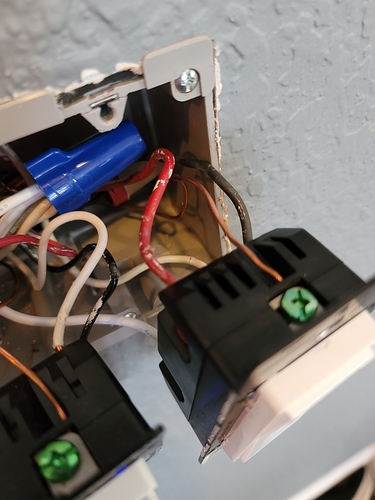 Box 1 has the main line coming into it (no voltage at Box 2 if Box 1 is off), but it does not have a neutral bundle.

You are going to have to describe a bit more about what you have. Your pictures don’t show enough detail and it’s not clear from your description.

What you mean by “the main line” going into box one? Is that the box with power? To do your testing, your should remove the wires from the switch and test that way. It sounds like you may have a non-neutral but I’m not sure.

How many Romex (i.e. 2-wire or 3-wire) were attached to each switch at least in part before you started?

Do you have pics of the switches before you started?

@Bry the “Box 1” has one romex coming in with traveler (red), line (black), and load(?)(white). When I take the switch in “Box2” out I get current between the white and ground on Box1 which I lose when I turn the breaker off.

The switches worked in 3-way before the installation. Now, I’ve tried the smart switch at both locations and whenever I turn it off it flashes the lights off and on again but switch thinks it’s off or doesn’t turn the lights off at all but the switch thinks they’re off. I’ll attach some new photos to try to show more. We would be fine with one smart switch and the other dumb, just kinda want to get it working as this is day 3 on this issue lol. 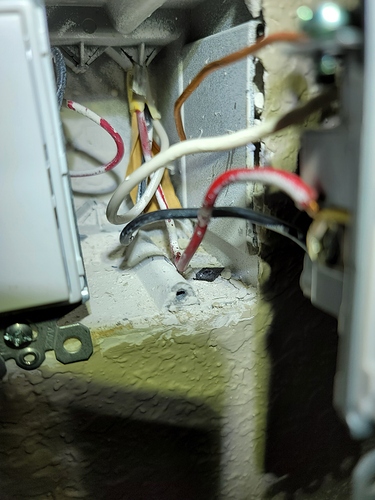 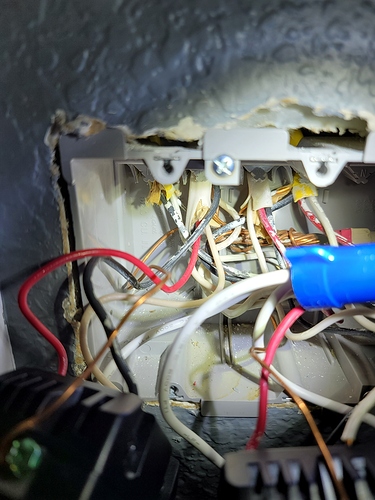 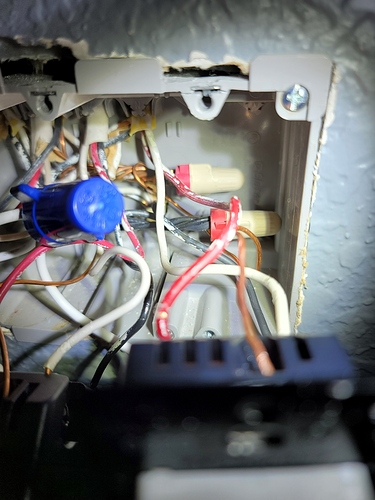 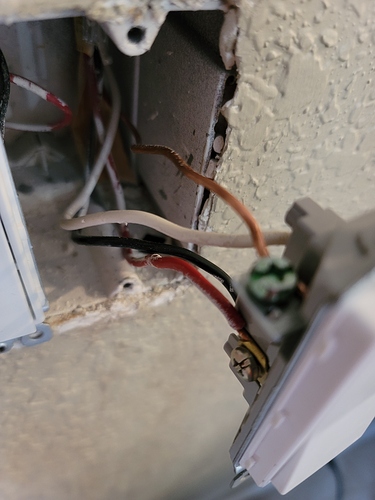 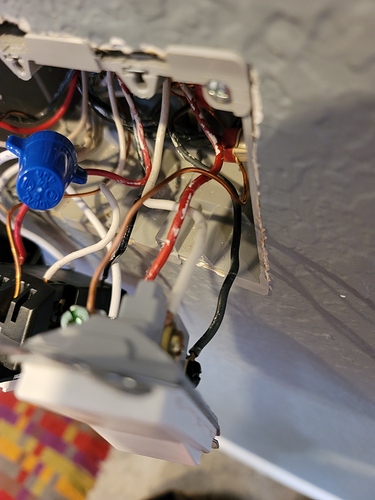 Since my initial post I’ve tested the smart switch in these pictures and it will no longer work to turn lights off or connect to smartthings in a single pole setup, so I’m assuming the switch is fried. Regardless, I’ll still need to know how to do it correctly to avoid doing that again. Any help would be appreciated.

Box 1 - One 3-wire (that’s three conductors plus a ground). The black conductor is on the black (common) screw on the dumb switch (or at least started that way).

Box 2 - One 2-wire with the white bundled with other whites and the black connected to the switch. That black conductor was originally originally on the black (common) screw of the dumb switch.

Box 2 - One 3-wire with the black to a black bundle and the white and red to the brass terminals on the switch.

So Box 1 is at the end of the run since there is only one 3-wire involved. That’s the easy part.

Box 2 is going to take some diagnosing:

1 - In Box 2, remove the black wire from the 2-wire Romex and USING A METER, test between the black and the white neutral bundle to see if you have 120V. Test with the Box 1 dumb switch in both positions. This is either going to be the incoming hot or the Romex to your light.

2 - In Box 2, double check to make sure there are only TWO Romex attached in part to this switch. In referring to when this is in a working configuration with the dumb switch. It might help to put the old switch back and get it working. If you do in fact only have TWO Romex involved here, then that suggests that the light is between the two switches. The problem is that the way the 3-wire is wired doesn’t yet make sense to me.