Will firmware updates be availible through Smartthings? Ty

I don’t know the answer on the chipset, but out of curiosity what hub are you using? Most hubs should make the protocol itself less relevant to the devices you’re using. I also have an iPhone and my wife had Android (before she decided to swap over) but we were able to do all of the same things from either ecosystem as I can expose the same devices over HomeKit or Google Home to get voice commands working, etc.

Will firmware updates be availible through Smartthings?

That is the plan, reportedly. Inovelli is aware that this is crucial. But as of right now while the switch is in beta, it’s not being updated by SmartThings. Once the production version is out, we’ll see how that shakes out.

I honestly haven’t decided on a hub yet. I am very much a DIY sorta guy. So I am investigating what is needed to set up a raspberry pi with Home Assistant and using that. I am also open to any recommendations

I’ve been very happy on Home Assistant, started on a raspberry pi and eventually moved over to a server running it via docker. The only notes I can think of with the raspberry pi is that it’s recommended to use usb extension cables to avoid interference and you may ‘outgrow’ it if you start adding a lot of other services on top.

I originally started with Hubitat instead and while it was easier to start with (than also learning docker, etc), I most appreciate the overall flexibility that I get with HA, the dashboard design, sheer number of integrations, local and free, and a regular cadence of monthly updates with good documentation on what’s changed/improved, etc. When you’ve got something like matter around the corner, it’s just a matter of another addon and it will work with everything else I already have set up.

Not sure if this was a bot that found this, but I found out on a Reddit alert that we got the official FCC Certification lol

Out of curiosity is there a timeline when these switches with the newest chipset will be available? I am starting the smartification of my house and would love to be able to easily update to thread and or matter once it releases. As I use Apple and my wife uses google and it would just be slightly easier for us both.

Great question – the manufacturer just got their hands on the MG24 dev kit and I think they’re analyzing it right now to figure out what all needs to be done, but hasn’t really given a timeline as to when they think they could implement it in the existing products.

Will firmware updates be availible through Smartthings? Ty

Hmmm… In theory they should be as I’ve seen Zigbee OTA available, but I’m not sure on the steps to give ST the firmware. @EricM_Inovelli – can you check with @jody?

@Eric_Inovelli : Who is V-Mark Enterprises Ltd ?

Are they representing the manufacture of the switch? I see their name in the FCC document 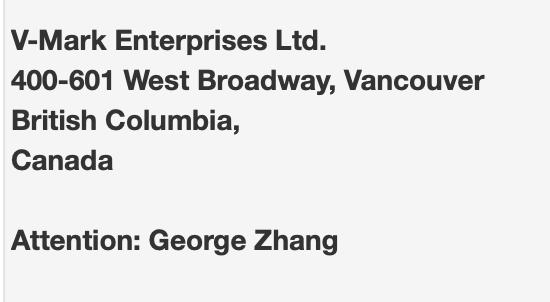 Yeah kind of a bummer, idk why they put their name - that’s the manufacturer.

Well at least knowing that it won’t be till 2023 makes the decision easier as I have to have the switches way before than XD.

I have all matte black switches and receptacles in 3 of my houses. Unless I’m doing construction/renovations, the switches and outlets get no more dirty than your regular white shiny paddles.

They look matte but they still feel very smooth. Again, the Radiant Series by Legrand make a great matte finish. I believe they sell them at Lowe’s if you have one nearby.

@Eric_Inovelli apologies if this was recently asked and I missed it, but how are things looking for that July date? Any word on UL review being complete yet?

I feel like (regardless of politics) this needs some Trump-style hype:

"We set out to make a dimmer, a really good dimmer, the BEST dimmer actually, and what happened was really just better than I could have expected and my team made it happen. Some have said that this dimmer is just like any other dimmer, but this dimmer has YUGE features. I’d like to see anyone else try to make a dimmer with this many features, and some have tried, but there is no other dimmer out there that is even close to as good as this dimmer.

This is the greatest dimmer, it really is. The other dimmers that try to be like this dimmer are FAKE, they don’t really even work or do what they say, but this dimmer has ALL of the features. I once printed the Zigbee2MQTT sheet of functions out, and my printer was printing for over an hour and it was like a book when it finished. Like a book, people."

Anyway, per the last convo I saw UL update should be coming any day now…

I feel like (regardless of politics) this needs some Trump-style hype:

NOPE we should never do this.

Project Update: Ugh… hate these ones where they don’t work out and I’m the bearer of bad news.

UL has now pushed out their ETA to July 15th due to the ongoing pandemic in Taiwan (where the testing center is). I thought this may be BS as the pandemic has been used as a cop-out for a lot of missed deadlines, but it appears there was a legit outbreak there recently which has caused a lot of shut-downs: Taiwan: the latest coronavirus counts, charts and maps (note the spike about a month ago).

Please see the convo from the manufacturer:

We talked today about the possibility of at least starting the parts of production we can before UL is completed as there is a small risk at this point it will fail and they are ok with doing that.

–
So, the plan right now is to start production in the coming weeks and hopefully have everything completed by the 15th, but we will know more and continue to push UL. However, we’ve been also told that UL basically just says, “nothing we can do – we can’t go to our offices” and leaves it at that.

–
Aside from that, silkscreen process is in progress as they setup the machines for production. Here’s the sample (the i’s a little off in the logo, but aside from that, it looks sharp): 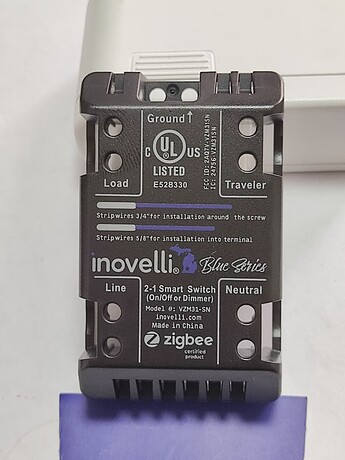 Hang in there everyone, we’re at the home stretch!

Hi @Eric_Inovelli I saw that you made a separate project for a thread enabled/matter device, rather than offering an upgrade plan for these ZigBee switches to the “new future interoperability standards”. I’ve seen other companies like Hue for instance say that they’ll switch all of their existing hubs and bulbs to both thread and matter after they launch.

Are there reasons for this? Technical or hardware limitations? I’m concerned with buying heavily into a product line that may become obsolete, can you comment?

This is an excellent question and one I’ve been wondering on too. I’m genuinely curious how these companies are doing this. Especially ones that have older chipsets in them.

Let me reach out to a few people to see if they have a more technical answer. I know the guy who lead this project when it was CHIP so possibly he can comment.

What we’ve been told is that the MG21 (Zigbee chip in our switch) has the ability to update to Matter, however it’s to be done with a burner wire, whereas the new MG24 will allow OTA.

But I can tell you our stance and goal has always been to move to Matter, this was the most current path to do it.

Edit: just emailed him, I’ll let you know what he says

Most Zigbee heavy ecosystems that have announced Matter support (Hue and Aqara mainly) are doing it by enabling their bridge/hub to be a Matter bridge. So the bridge exposes its zigbee connected devices to Matter enabled controllers by giving them an IP address and whatever else is needed for the Matter spec. The devices themselves, in theory, remain the same as before firmware wise.

Yeah, hue has no plans to touch thread. They will continue to use Zigbee from the endpoints (lights, sensors, etc…) to the hub. Then some of their hubs will be updated or new hubs sold to support matter.

Aqara on the other hand will do what hue is doing for previously released products, but in parallel they are hedging their bets and will also start releasing some sensors/lights with thread/matter support natively and no hub required.

@Eric_Inovelli as a hardware manufacturer currently building a Thread device with upgradability to Matter, what we’re doing is using Nordic nrf52 series chips, and we’ll OTA them to matter once it’s complete.

Looks like the MG21 operates on thread radio coprocessor mode (RCP) , meaning the main thread stack runs on a different processor, and your manufacturer probably doesn’t have an OTA mechanism for that. The MG24 will run the whole stack all in one.