When I have the setting SWITCH TYPE as LOAD ONLY, the controls for the main switch are fine. When I change it to 3 WAY MOMENTARY, it gets weird. If I turn it off, it immediately turns back on to a specific percent (not same as before). If I repeat the process, it goes back to the same percent value +1 (before it came back on at 69, now it is 70.). If I try to dim it below a certain value, it jumps back up also. At the aux, if I try to dim lower than the 70% ish, it doesn’t work, only higher. Please help! I don’t think my wiring is that wrong if it works fine with the load only setting and my aux can control as well certain functions. I tried on two switches with the same behavior.

Bry, thank you:
This is LZW31
Smartthing
Controller Version 2.1.21-3 (Am I getting the right information?) How do I check firmware?
What do you mean by load? How many watts? I don’t know off hand. However, the lights work perfect using ‘load only’ preference.

You get the firmware version from the IDE. Open up the device page and post the value after the “ver”.

The load is what type of bulbs? Bulbs, screwed into cans, one-piece cans, etc? Incandescent, LED, CFL? How many and wattage.

If you want to post pics of the wiring we can check it. With the switches pulled out so you can see all of the conductors in the box and the conductors entering the box clearly.

The load is a chandelier. I would need to get details from my mother-in-law.

I’m no longer in the house to open it back up. The wiring is very old, so it is a little hard to understand.
Previously I needed a little help on doing my first dimmer 3 way, in the same gang box (3 way, no neutral, possible bulb issues, unresponsive switch!). Now I am doing the left dimmer switch in the same box. As you can see, it is a mess and took me some time to clarify the setup. My testing indicated that for this 3-way setup, line was coming up to the first floor with a bundle of wires going up to the second floor switch. In that gang box there was another bundle for the fixture wiring. This is why I wired it per: https://desk.zoho.com/DocsDisplay?zgId=691830694&mode=inline&blockId=k4wwh437a820318ff497da86f135e3829acb6

My big question: I would think if it was wired incorrectly it would be pretty obvious. The fact that it works fine under ‘Load Only’ and not ‘3 Way Momentary’ is puzzling…especially the behavior I indicated. I was wondering if anyone has shown a similar behavior. I tested this with 2 different dimmers (both bought at the same time) and 2 different AUX switches - both bought at different times.

I would think if it was wired incorrectly it would be pretty obvious. The fact that it works fine under ‘Load Only’ and not ‘3 Way Momentary’ is puzzling…especially the behavior I indicated.

So at least according to the diagram you posted, the Line (i.e. power coming in) is in one box and the Load (i.e. the switched hot to the light) is in the other. The way it’s wired with the Inovelli and according the diagram, the load is really connected directly to the Load terminal of the Inovelli, albeit via the other box. So when you set the switch to Load Only, that’s really a 2-way switch configuration, which forgetting about the Aux, this is.

So since it works with Load only, at least that part of the wiring seems to be correct. That leaves a couple possibilities.

A couple shots in the dark -

If the chandelier has LEDs, temporarily swap out for incandescent.

Set the max brightness to 80%.

Bry,
So this is the chandelier - Quoizel Bordeaux 4 Light 12" Wide Xenon Flush | Build.com

The neutral by the Aux should be fine. The traveler is the ‘other’ that should also be fine. The behavior is that I can control from the AUX, but with the same weird behavior from the main switch. I can only dim higher than 70ish. If I try to turn off, it turns back on. If I hold down it does drop to a dim of 1%, however, I can’t dim above that. I need to go to the app and manually set it back to 70%. From there, again, I can dim higher, etc. It is so weird! If the wiring was wrong, none of this should work 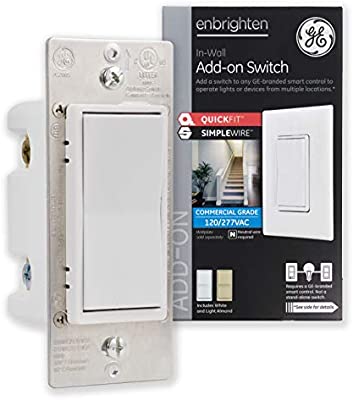 Are those the current settings? Look at parameter 21 and 22.

Yes,
I believe in the app it is called it is called load only, 3 way toggle, and 3 way momentary. I specifically changed it to load only so that it at least works for the time being. When we figure out what is wrong or do some testing, we can change it back.
Is there a way to view logs to see why it is behaving like this?

Not that I’m aware of re the logs.

I’ll try again tomorrow. Thank you. Since this seems to be a software issue, maybe the person who wrote the firmware would be able to figure out what is happening, just based on the weird behavior.