High level - I’m trying to stick a Red on/off somewhere in this circuit, but I haven’t found the common neutral. I have found an always-hot red wire (weird!?) but that box only has travelers going out of it, no neutral. First step is to help me connect the dots here and understand what’s connected to what. It’s a strange one to me at least.

Ceiling light #1 seems very straight forward. I can see a single 2-wire romex coming in. There’s a black/white and it connects directly to a fixture. There’s a ground wire too. 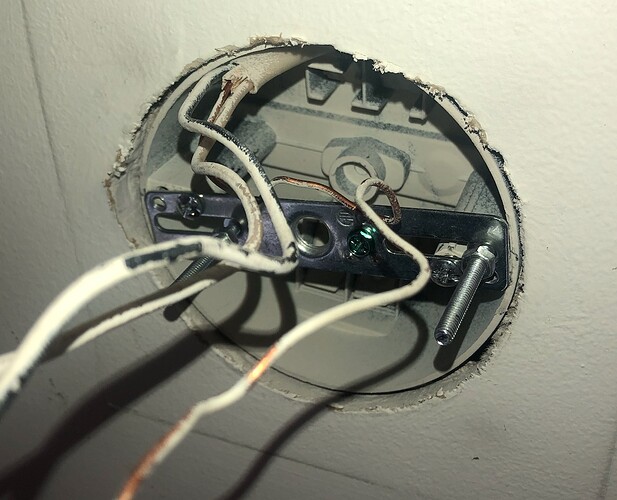 Ceiling light #2 is a in-ceiling downlight (circa 1990s probably) that looks like it has a metal conduit coming into it. I cannot see a ground wire. I can see a black/white coming out of the conduit that connects directly to the bulb fixture. I guess it’s possible there’s a box in the ceiling that grounds the fixture on the outside? Maybe? 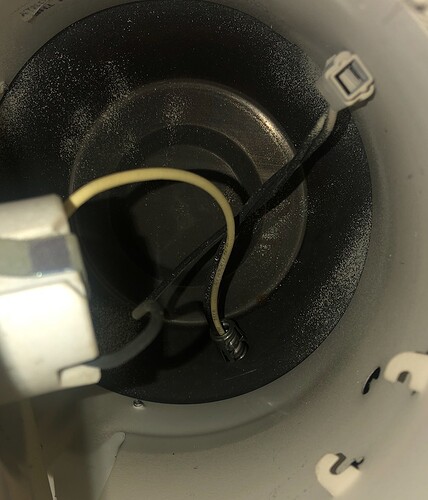 Here’s my best interpretation of the 3 switches based on what I can see.

Box #1 is the weirdest to me. There must be two romexes going out of the box, but it’s difficult to tell which wires are bundled together in the two romexes because the outer sheathing is cut wayyy up in the back of the box and I can’t really see it.

Box #2 - I think this is pretty straight forward. 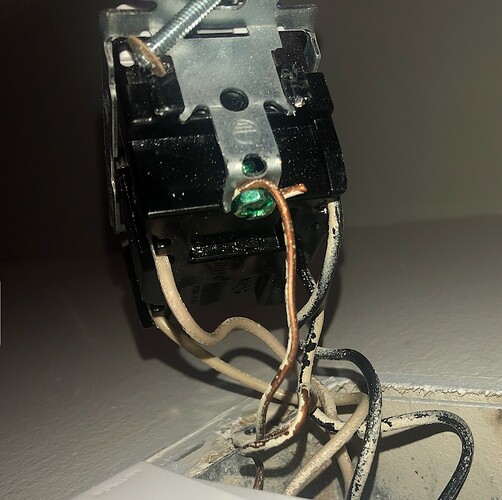 Box #3 also seems odd to me as it’s the red wire that is always hot in this circuit. (using a tester between this red and ground it is always on in all switch configurations). Not only that but there’s a single 3-way romex so that red wire must run off to somewhere - but I couldn’t tell you where. The only other red wire in the circuit is in Box #1 and it is most definitely not always hot. 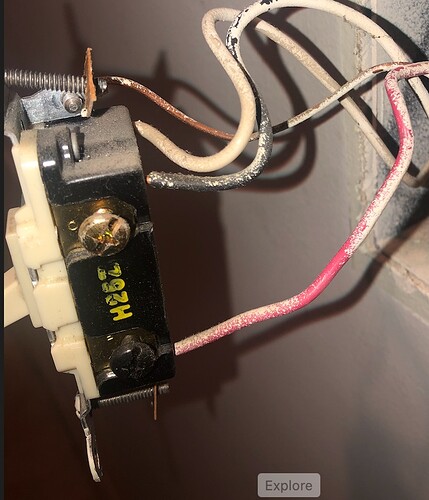 Here is what I think you have based on your drawing alone, as your pics do show into the boxes.

In Box 1, disconnect the red/white bundle and test the white (using a meter against the ground). With it disconnected, do you get a constant hot?

If that is the case, I think you may have a non-neutral that starts in Box 1. The power starts at the light and is sent to Box 1 via the white on a 2-wire. If this is correct, the black of the same 2-wire will be connected to the black screw on the switch.

So the hot arrives at Box 1 sans neutral and is sent to Box 3 over the red. The hot is then sent via the travelers through Box 2 back to Box 1. If this is correct, that at any time, one of the conductors on the brass screws in Box 1 will be hot. The hot is returned to the light as the load via the black of the 2-wire.

If the disconnected white in Box 1 isn’t hot when measured against ground, then this won’t be correct.

I’m thinking it would be be as @Bry described.

There must be a box with all the conductors going into it. Light #2 definitely does have a box up in the ceiling.

I think you can do a 4-way non-neutral with 2 x aux switches by putting the Inovelli in box 1 or box 3.

I think @Bry is on the right track. With red in #3 being always hot, the only other box with a red wire in it is box #1, which is tied to the white. I would suspect if you untwist that you’ll find the white to be always hot as well.

To find out for sure, you’d have to slide out the downlight (ceiling light #2). Light #1 definitely isn’t providing power, but my suspicion is light #2 likely is. Usually those are either pressure clips or some sort of screw tab that will pop it right out. The metal conduit you’re seeing usually connects to a box that’s thrown up inside the ceiling where the wiring sits. 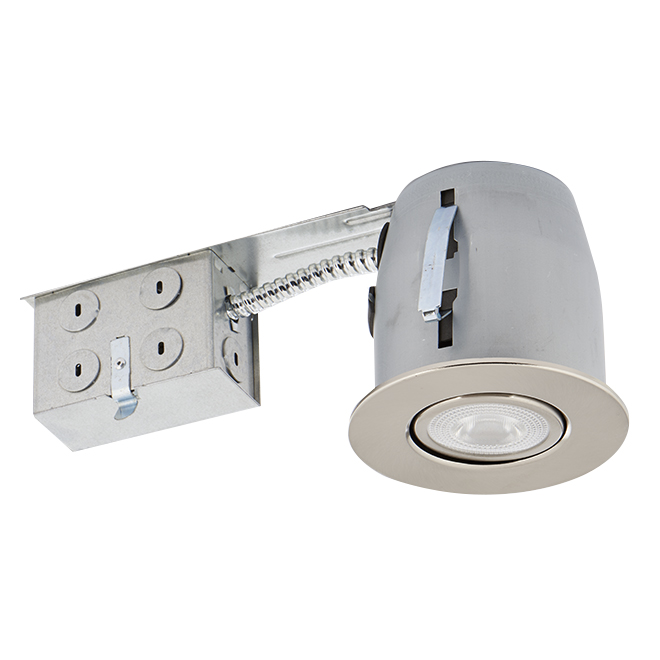 Just to close the loop here - I figured this one out. In box two (behind some other unrelated switches, there was another 2-wire romex that came in from the breaker box. Those black/white were connected to the two red’s in my diagrams above, providing line and neutral to the circuit.