I received my replacement blue switches and am seeing the same low LQI issue with these as the original pair I had ordered. I’m relatively new to zigbee devices in general, so if this is expected or not an issue let me know- but this is what I’m seeing so far:

This image is from a switch in the original pair I had preordered. I’ve left in in place until I validate the new switches. 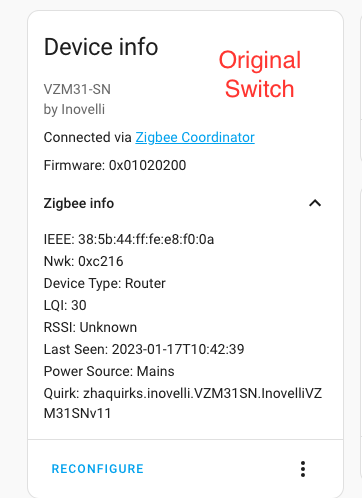 The next two screenshots are from each of the replacement switches, which are currently in a test bench I’ve put together to test and configure them more easily before pulling more switches out of the wall. Both replacements came in the original packaging and have IEEEs in the affected range, so I assume these should have been the manually tested ones that were supposed to not have been affected. 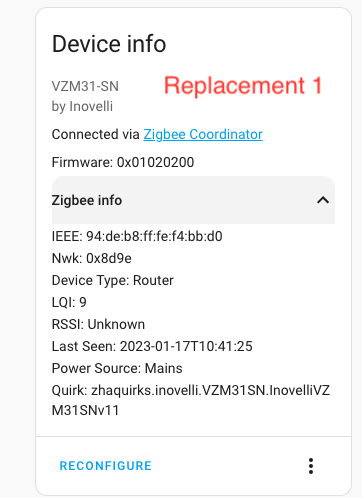 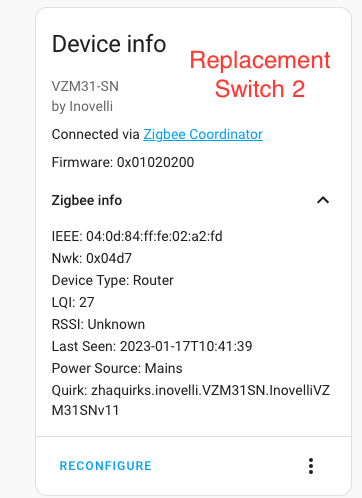 I’ve updated Home Assistant (but not any switch firmware) to the latest versions as of this morning.

I have my test bench plugged in directly under where the original switch is installed, so they are the same distance from my hub (Pi4 running HA). Each switch just has Line and Neutral connected- the goal was to just power them on and see how they behaved. 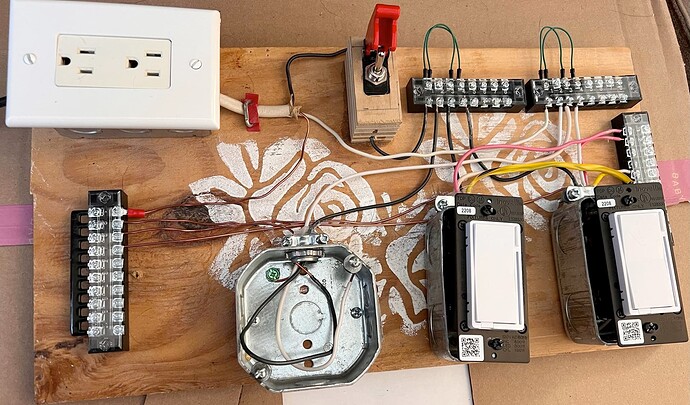 Are those switches shown in the last picture the replacements you received?

If they are, can you try updating the firmware on them to the latest and see if that makes a difference? Those IEEE’s shown on your next two screenshots are from switches that were not in the affected range, so I’m slightly confused (94DE and 040D were not affected – only 385B and 9435).

I received my replacement blue switches

So did you install the switches and encounter a problem, or did you just put a switch on the bench and observe the LQI?

I’ve seen similarly low values from some of my replacements, but it doesn’t seem to impact performance. LQIs seems to bounce around between 10 and 160 (on the same switch) for a minority subset of the replacements. If I look on the map view in z2m the switches that are reporting low LQIs show very strong connections to nearby neighbors. Not sure if this is a limitation of z2m (reporting direct connection LQI instead of best-route LQI) or the switches. Not all that concerned about it, since the mesh is healthy, stable, and very fast.

Just install and observe- if the low reported value isn’t a concern I’ll swap them in and see how they behavior. I was primarily hoping to avoid a repeat of the issue. Thanks!

I think it’s a software reporting issue moreso than a hardware issue. Test them on your bench for a while and see if the values change and if they “mesh” well in your network over a few days.

You’re right- I had assumed based on the original packing they would be, but hadn’t actually looked at the IEEEs closely enough