@Eric_Inovelli
With Blue switches starting to ship for people and the wait time before you start thinking about doing color faceplates, any chance of you releasing a ‘stl’ file so we can 3d print our own until your able to get production going and making stock available?

Would love to be able to get some gray printed until the color faceplates become available (which i’m guessing would be 6+ month out before we hear about them.)

Or anyone who gets their blues willing to make one and share with us all. (I have 0 skills making stl’s)

Aren’t the faceplates standard Decora-style faceplates? IIRC, the colors are supposed to match the Lutron Claro colors. Or do you mean the paddles?

The paddle face plates. I got a file to mess with to see if i can get it created and printed. Along with the outer faceplate so the 3d print matches both.

It will take some time and not sure if it can be done. But will try.

So I have sent a set of STL files back to Inovelli for the 2-1 Blue switches incase they want to make it available to allow people to 3D print color paddles / housings (Then you are only limited to colors you have) a resin printer would be best but a well dialed in printer should be able to print the parts and make them look decent enough for now. Also included is the outer faceplate so you can match the look of the paddle/housing.

So i got my blue switches in and was looking to see what the differance was between the original dimmer plates and the new 2-1 plates were.

Below you will see pic of them side by side.

Blue on left. Red on right.
Although the switches are slightly different Md the plates are different, they will work on each other with one 1 minor issue.

The air gap. The original reds had a longer air gap, where as the new blues are shorter.

So we can use the original dimmer color plates they sell (good new for inovelli), bad news is we hVe tonuse the Ir gap from the new switches until inovelli gets replacnt air gaps in for us.

So if you need, want color plates we can order what they have and just use the white air gap for now.

Below is the Blue with my gray plate from a red dimmer using the white air gap. (Works Prefect)

Forgot to mention, when putting the paddle part back on (After you have put the outer plate and the airgap in, the red series plate need to be installed correctly as the push posts on the paddle are off centered, make sure they closer to the led side, else the paddle will stick and not work, if that happens just pop the paddle off and flip it around 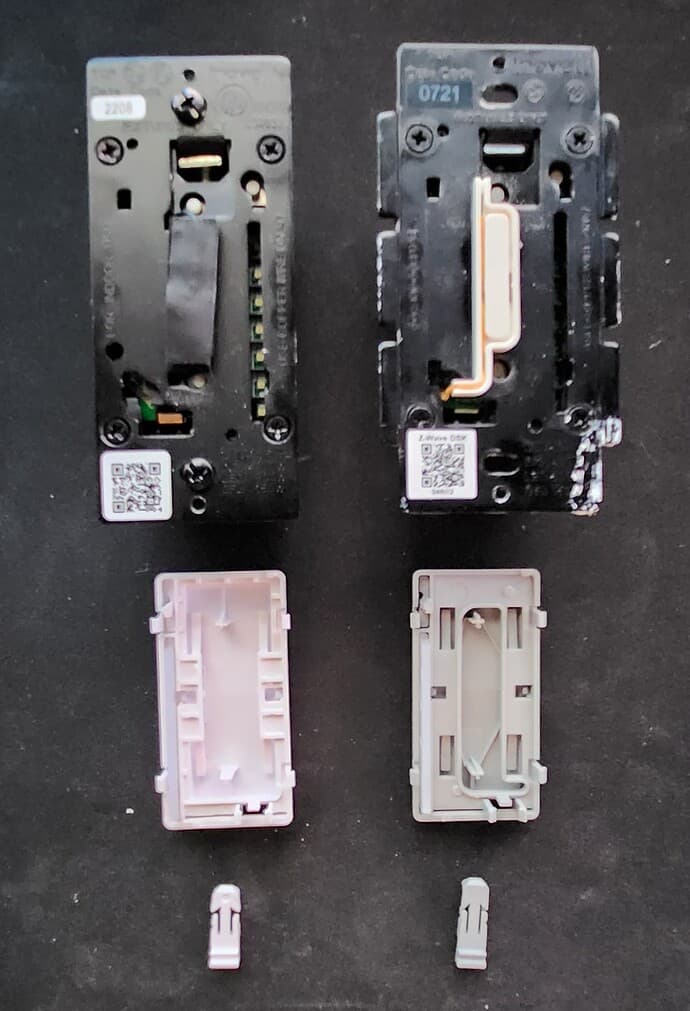 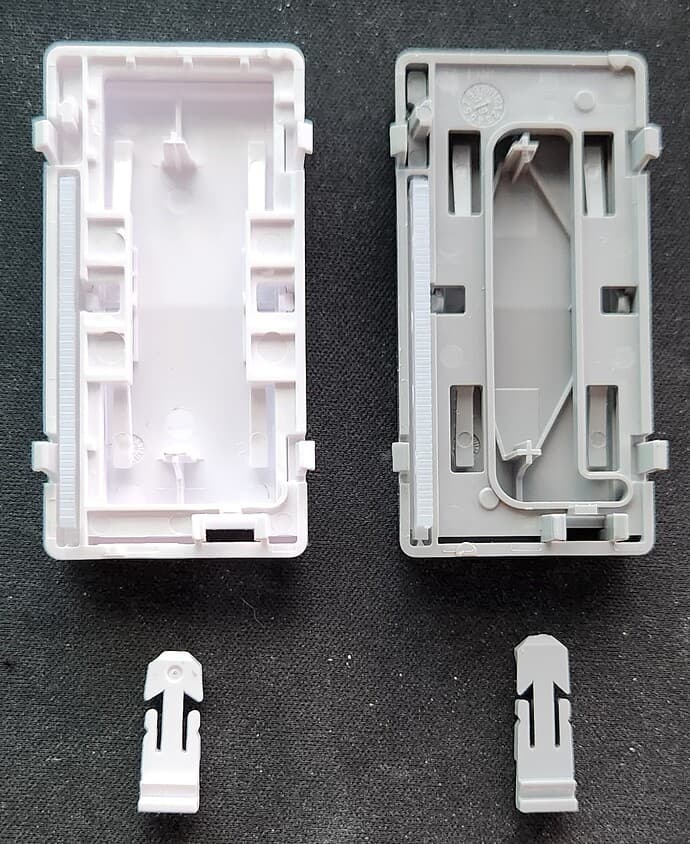 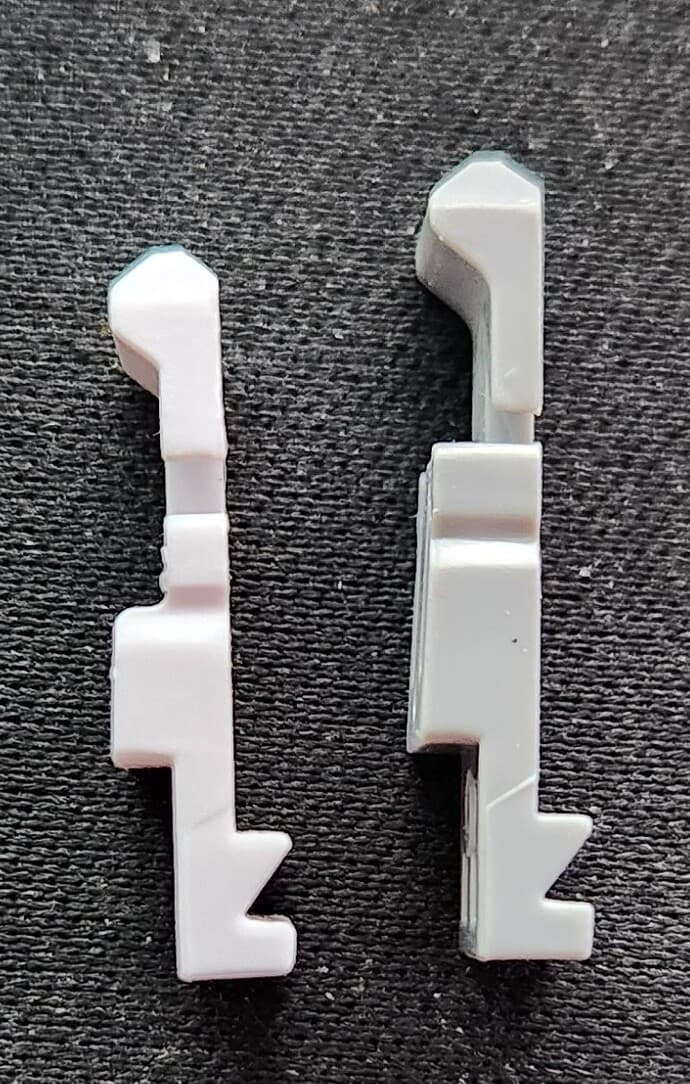 Good job on the swap idea though.

Well they can if they want two tone, buy 2 face plates covers and swap parts around. LOL

Here is a link to the Air Gap only STL so people can 3D print it as needed.

@Almulder
Thanks!
That helps a lot, I can print that tonight and order the black cover.

FYI, I did not recreate it, I was provided with a file from inovelli, that I was able to transfer over into an STL, so it is exact specifications.

Do have all the files needed to 3d print the whole cover switch, but since we can use the Red version, I did not provide them, nor has inovelli given me the authority to post them. I figure the Air Gap would be ok to at least post.

Nothing a bit of spray paint can’t fix, or 3D print a replacement.

Anybody willing to 3D print and ship air gaps in a Light Almond color? Not looking for perfection, but have a few obvious ones that I’d like to swap out while waiting for the real paddles. Thanks!