@Eric_Inovelli and @EricM_Inovelli , figured I’ll start a separate thread to track this. Please any update on releasing a firmware to add configurable delays to the red series on/off switches? When the configurable delays were released for the red series dimmers, you had said you wanted that to be stable before adding it to the on/offs. It’s now been a year since it was released and it’s been stable for a while so I’m really hoping we can get the firmware update soon for the on/offs also.

Yeah, we’re working on it – we’re trying to get the Dimmers correct before implementing the same/similar changes to the On/Off’s. It’s also Chinese New Year so the manufacturer won’t be back in the office until the 18th

Yes, we have this on the list of things to do, I can promise you that.

The issue that we currently have is that our current manufacturer for Z-Wave does not have the resources to work on existing products for enhancement purposes. We’re, “in queue” but have not been given a timeline. My gut tells me this is just them kicking the can down the road until bills are paid. Long story short (and it’s been mentioned before, but I’m sure it’s been buried by now lol), the manufacturer caused us to lose out on close to $1M worth of sales due to a lack of project management and expectations which caused a ripple effect of us not being able to pay them on time.

In exchange for us not pursuing any punitive damages, they waived their rights to collecting insurance money on what we owed them.

All this to say, we are caught in a stand-off where they don’t want to increase the debt by having their workers put time and energy towards firmware until things are squared away.

The good news is, however, that we have a major B2B partner who wants to purchase a significant amount of Z-Wave switches that needs some changes to be made to the firmware, so we could definitely ask them to put this in there for them. However, the pushback has always been, “there’s not enough room” – in which we cannot verify ourselves because we don’t have the firmware.

Quite the mess, I understand and it’s unfortunately something we can’t control outside of raising enough capital to settle everything and make these firmware updates part of the deal (either they add the enhancements or hand over the firmware), but until then, we’re unable to do anything.

Lastly, I will say that this has been something I’ve been focusing on heavily the last couple of months (ie: negotiating and coming up with some ideas to raise capital and/or merge companies, etc) to fix our relationship with them.

Hope this helps provide some context.

Thanks for the update @Eric_Inovelli and sorry to hear about the lost sales. Hopefully, everything with the B2B partner works out great and the required funds also get raised.

@Eric_Inovelli Your dedication to transparency continues to impress me. If I were in your shoes I would be completely livid that they were holding the firmware source code hostage in breach of the contract.

Your products are sophisticated enough, and you’re sufficiently dedicated to customer service and ongoing improvement, that (IMHO) you should have a full time firmware engineer on staff, either just for zwave or split between zwave and ZigBee. But that’s impossible while the manufacturer holds your source code hostage, unless you want to pay to reverse engineer your own code.

I’m sorry to hear that you’re blocked by the manufacturer on this, but encouraged to hear these updates.

I think this sketch always sums it up lol 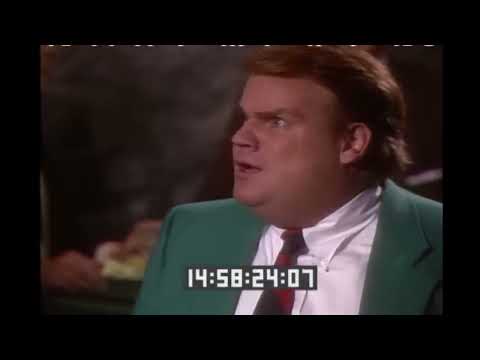 At the 0:38 mark, you could imagine the narrator saying, “sir, do you realize that we are keeping your firmware despite a contract?”

(IMHO) you should have a full time firmware engineer on staff, either just for zwave or split between zwave and ZigBee.

I’d love that and I’m sure @EricM_Inovelli would too lol. Hopefully one day

The good news is that we will have the ZigBee source code after 50k units sold (should be fairly quick).

But yes, hopefully the Z-Wave source code will come once we get everything squared away. It’s hard being a small company in a big world haha.