Is this possible. In my case, I have 2 of the zigbee/wink enabled smart fans (This one https://www.homedepot.com/p/Home-Decorators-Collection-Gardinier-52-in-LED-Indoor-Brushed-Nickel-WINK-Enabled-Smart-Ceiling-Fan-with-Integrated-Light-Kit-with-Remote-Control-43260/206648825)

I plan to replace the stock receiver with the fan+light switch I bought for another fan… but I did not check and it apparently is a DC motor and not supported. My wife wants to be able to use the stock RF remote. I believe it uses standard frequencies set by the dip switches on the remote/receiver pair. Can the Inovelli receiver’s frequencies be adjusted to match the remote?

Good evening, unfortunately this had to get pushed to v2 as we ran out of time:

Bugger… Well, then I would recommend… selling a small fan remote that pairs with the switch… Im sure other peoples significant others don’t want to have to open their phone or get up everytime to change fan settings…

Project BFF will be a great pair for this!

Yep, I came up with a temporary alternate solution… 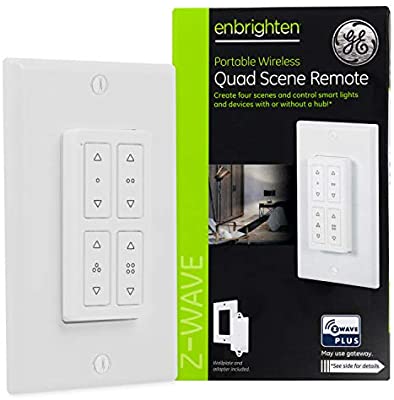 It’s been a year, but I stumbled across this when trying to find a solution for the same problem. There are certain fans where we really value the ability to use the stock remote (or any remote, really) which is intuitive for guests/other users, but I still want to be able to control the fan through the home automation system.

Other than the GE z-wave remote, which doesn’t really seem all that intuitive, are there any solutions to this?

Any zigbee/zwave or wifi remote can be leveraged to control the fan, in theory. It just has to go through the hub. I personally use an ikea 5-button remote to control the fan through HA and it works great. I have fan speed up, fan speed down, light up, light down, and all on/all off toggle.