Last year I purchased a bunch of fan+light switches, and installed several of them successfully. Today I finally got around to installing the last one, and it won’t include on my Z-Wave network properly.

I am using Home Assistant with the Z-Wave JS integration. I have 44 other Z-Wave devices that work fine. When trying to include this switch, it gets stuck during the early “interview” stage, and never fully registers in Home Assistant – no configuration options, no entities, and it say it’s “Not ready” even after waiting for > 10 minutes for the interview process to complete.

I tried excluding it in order to start over (exclusion didn’t work), so I force-removed it in Z-Wave JS and then did a factory reset on the switch by holding down A and B for 20 seconds.

Start over…exact same behavior. Below are screenshots of where it “stops.” 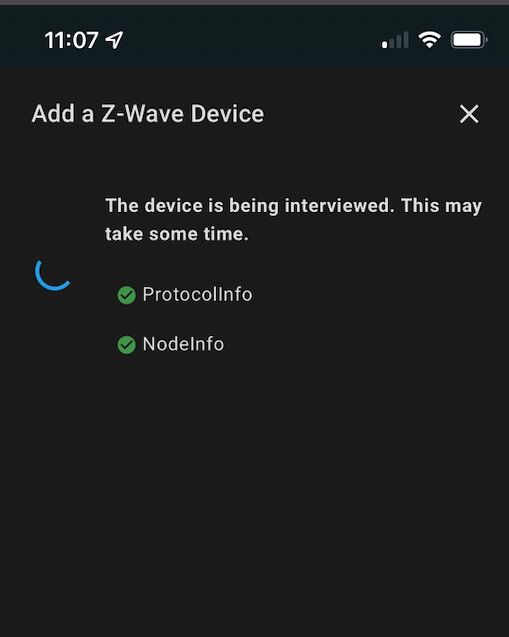 For reference, this is what one of my other Inovelli fan switches looks like, included successfully:

How close is this switch to your HA Z-Wave stick/device???

It’s closer than two of the other fan+light switches, and it’s in the same switchbox as a Red Series dimmer that had no trouble joining the network. It’s about 25 feet and one floor away.

Try factory resetting the switch then re attempt inclusion.

It would be interesting to see the zwavejs driver logs. Unfortunately, I don’t know how to do that in the stock zwavejs integration.

Try factory resetting the switch then re attempt inclusion.

I already tried that, as stated in my original post.

I have tried using the Z-Wave JS control panel to force a re-interview of the switch several times, to no effect. The node status alternates between “dead” and “alive”. During a re-interview, it retrieves some values from it, but then it dies: 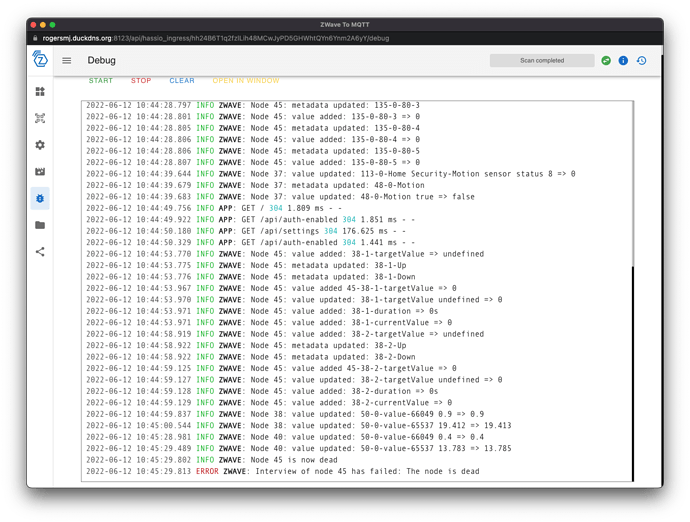 Again, this thing is surrounded by a bunch of other fully functional Z-Wave plus devices. It’s not too far from the controller. I think it’s defective?

I would test with another controller before reaching that conclusion. If you have a spare Zwave stick, run the SILabs PC Controller. See if you can exclude the switch from there and then re-add it to the PC Controller.