. Is there a single repository/location that I can find the current firmware version for all the various Inovelli products i’ve purchased over the years as well as the respective firmware release notes? I’ve searched the forums and support but haven’t found anything clear and easy (especially release notes) for me to systematically go through all your various products.

I saw the Home Assistant release party video yesterday and this is HUGE! I have been waiting on this for a long time.

Hoping that Inovelli and others are partnering with them so that they can detect firmware update status (when a device has an available update).

Really excited about this!

I think this is going to be available on the Blue Series to start, but let me confirm with @chack, @EricM_Inovelli and a few others who were working on this. Very exciting!

As for Red Series, I’ll defer to @EricM_Inovelli

For the Blue series that will be ZHA or Zigbee2MQTT etc not ZwaveJS, so I believe this is same as current state using ZwaveJS2MQTT for example but I haven’t dug around into this yet to confirm

But re the Blues and ZHA, the 2022.7.0 release covered the OTA firmware update changes for today’s firmware, but with the firmware versioning changes we had to tweak the syntax so it will unfortunately be a later release before it’s fully built in. (But you will be able to do full OTA [not downloading the files to HA or your PC] updates for Blue Series using ZHA at some point in the future

). You will absolutely be able to manually update them through ZHA prior to that point though.

Edit - so while the syntax is getting updated post the 2022.7.0 release, Eric was able to confirm for me last night that it does actually work for ZHA with the latest release. Which means end users will be able to take advantage of full OTA updates using either ZHA or Zigbee2MQTT when you get your Blue Series in hand.

As for Red Series, I’ll defer to @EricM_Inovelli 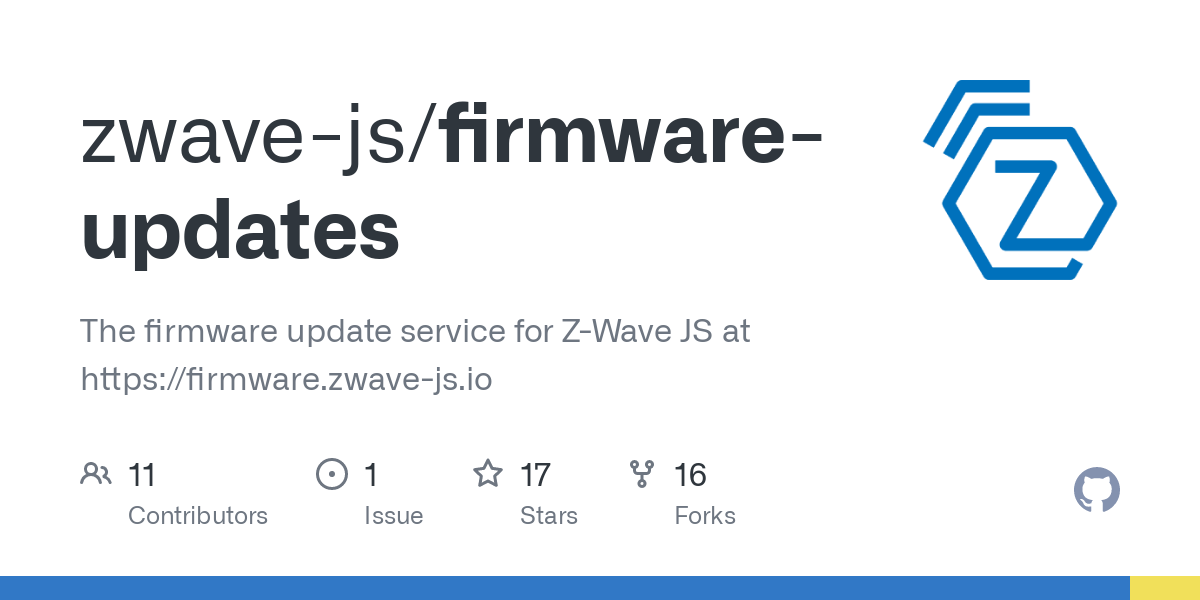 The firmware update service for Z-Wave JS. Contribute to zwave-js/firmware-updates development by creating an account on GitHub.

I’ve been doing OTA firmware updates using zwaveJS2MQTT for quite some time. I don’t know exactly how long, but maybe it’s been there 2+ years now. So unlike others I didn’t find any excitement in this. I actually much prefer doing all the zwave management in the zwave server directly.

I’m not really sure I want automatic firmware updates. Maybe if I can authorize a firmware for a certain device type then let it work at updating all of those devices automatically during a certain time period when I’d be sleeping.

I think HA stated that this will not become an automatic updater ever, just a notification service that an update is available. They created the new update entity type that could be triggered to handle, and I definitely would LOVE to know when Inovelli posts new firmware down the line that I CAN update if I am comfortable.

I’m assuming it’ll be similar to zigbee2mqtt where there will be an OTA section, a button to “check for update” and if an update is available you’ll have to manually start the process. I can’t picture where they’d force an automatic firmware update where if it fails it could end up bricking an end user’s device.