Nothing is ever simple is it?

Trying to install a Light/Fan switch on a hunter fan.

Obviously it has running into it the Earth Neutral and Live but then it goes into the Lighting kit.

Here are some pictures.

Will this switch even work with this model?

Is anyone familiar With this fan?

I thought this would be easy but… 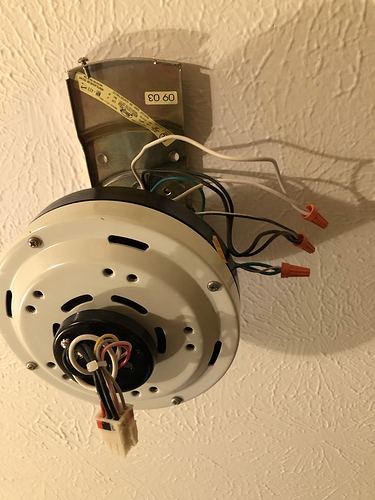 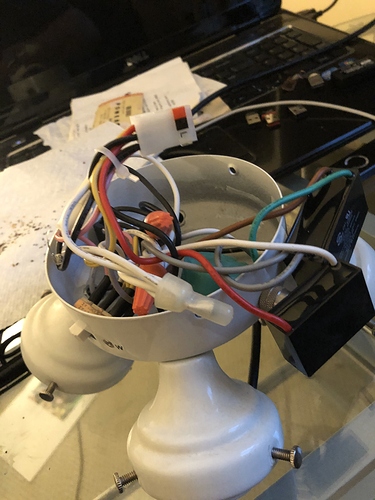 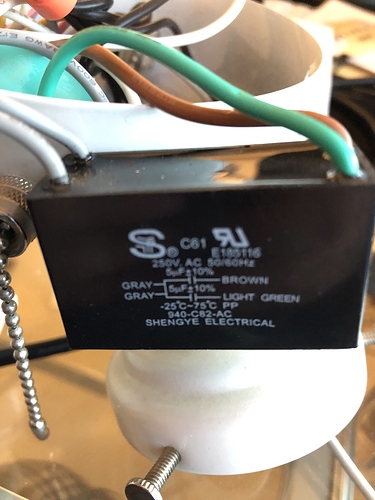 There’s some smart people here than can help you. My initial thoughts are go to www.homedepot.com and pick out a new lovely, non smart fan.

So this is actually a smart fan? I have no remote for it I didn’t install it not sure if it is remote capable?

Either way if I want to replace the entire fan then it would be good to have a recommendation on a fan with light that would work with this switch?

Actually looking at it appears it’s a fan that would work. I think the molex is throwing me off, but I think it’s just for the lights with a cap to maybe prevent dimming when motor is turned on? The wiring up top is the motor and I see normal BLK, WHT, BLU and ground. Can we get a better picture of the top wiring (above the motor head). I think this will work, but need more pictures.

Yes hopefully this will be good? 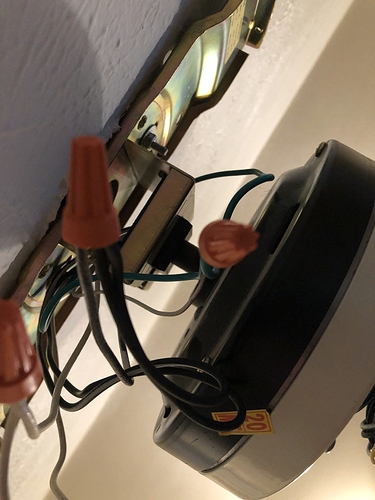 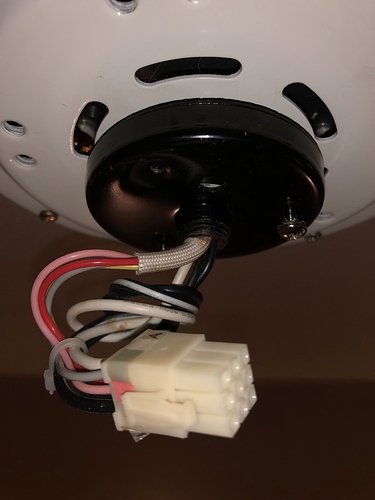 In the what could be considered the lighting kit is a reverse switch and two pull chains. This model is at least 10 years old so doubt it is that smart, but I am sure smarter than me…

I have four of these identical so…

So I don’t think it’s a smart fan at all. I was referring to if you were to get a new fan, to get a non-smart fan. So I think this will work; HOWEVER, you need to look at the switch. Does the switch have a neutral available?

Oh the switch on the wall? Yes has a neutral, there is already a different smart switch installed there which is z wave. I am obviously replacing that with the Inovelli.

Good. So I think it will work based on the wiring of the head; however, I don’t know which BLK wire controls the motor and which one does for the light. The biggest thing I can suggest is to ensure you put the fan on HI before pulling down and installing the canopy. I know there was another member with a fan that needed some caps installed to make it work. (See: Help with Craftmade TMPH44W5). That’s where it gets kinda above my level of knowledge. To me I would assume (I know…ass out of you and me) it would work, but its above my pay grade. Perhaps @jtronicus can chime in?

Also to be honest it would also be nice if you can also point me to a easier fan/light that you know works with this switch preferably one less ugly than this as well, LOL I am really not married to this fan anyway.

This actually looks like a straightforward install. You shouldnt need to mess with any of the stuff in the light kit. The canopy should install in the fan housing, up by the ceiling.

Make sure the pull-chain on the fan is set to high or the fan will not spin at the correct speed.

@jtronicus - @dwright34 - Looks pretty easy to do. I think they make some canopy brackets, but totally understand trying to make sure it fits right and looks good. How big is the base cover? Will the canopy not just “fit” in there? Looks pretty large.

Correct, just in case you had a “switched” light from the wall. Just need to narrow down the two. Again, don’t forget to put the fan on HI speed.

The one that looks like it has white stripes on it actually is white paint, but from what you are saying one is power for the the light the other the power for the fan? 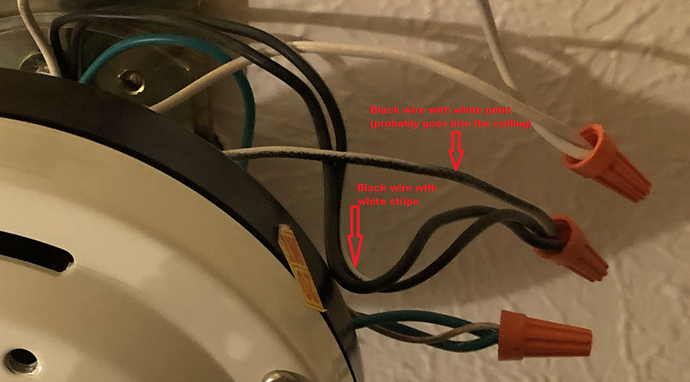 You are correct there is one with a white stripe there. Shame you can actually see it without you being here and I didn’t. Wow you guys are awesome. I can’t do any more tonight as we actually lost power. nothing to do with what I did the entire neighborhood is out due to a tornado.

I can’t do any more tonight as we actually lost power. nothing to do with what I did the entire neighborhood is out due to a tornado.

I love your products!!!

I had not heard about Inovelli until another geek friend/colleague told me about Inovelli. Even after doing searches on the internet and being a 20 year subscriber to home automation I have never found you guys before. I was surprised you can do some of the things that you can do with them but what makes your products even better is the community it is as we say in the UK it is The Dogs Bollocks. Keep up the good work. However I am not wiring anything more tonight during blackouts even though I have a generator.

OK so I managed to wire this per our conversation.

The fan and light do not work.

I have the Inovelli switch on and full but the fan doesn’t turn and the light when I use the pull chain briefly flashes but doesn’t turn on. Wonder if I need to reverse the black and the black/white wire?

Wonder if I need to reverse the black and the black/white wire?

Don’t start switching things arbitrarily. You have the Inovelli red to the fan solid black right?

Can you post pics of how you have the canopy wired?