Ivovelli red 3 way with two light between the two switches. How to wire?

I am trying to replace two dumb 3 way switches by two inovelli red dimmer. One would control the lights and the other one would be associated withe the first one.

But I am struggling on how to wire them. I have the configuration as below. I have two lights that are installed between the two switches. So I am not sure how to wire both the switches.

I tried to make it with one Inovelli and keep one dumb switch. But that doesn’t work either.

Any idea on what to do? 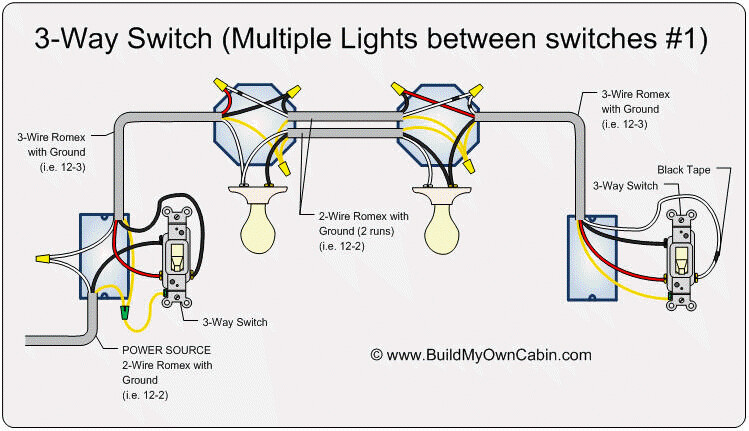 Thanks for the help
Alex

Did you consult the Inovelli diagrams? Or is the issue you saw the diagrams but the fact that you have two lights instead of one as in the drawing the problem?

I consult the diagrams but the fact that I have to lights seems to be the problem. As you can see in the diagram I posted, in the first box with the light, the red wire become white with a black tape. And in the second box, the black becomes the red. Which means by the time we get to the second box, I am not sure what to do.

But for sure the diagram you are showing here is not working. I have tried it.

Are you using a switch or a dimmer?

Let me see if I can convert that drawing to two lights.

Got it. That’s actually easier.

Here is the theory so you understand what this is doing. You might want to install this in stages so you can test as you go.

1 - Starting with the switch box that is fed from the panel, you will wire the Inovelli and the first light as a simple 2-way. The only thing that is a little different is that you are also going to send a constant hot to the first light box.

3 - At the first light box you also have to send a constant hot to the second light, because you ultimately want to get it to the other Inovelli. You will use the black conductor from the SECOND 2-wire Romex to do that. Cap off the white from that Romex as it’s not needed.

4 - At the second light box, figure out which Romex has the SWITCHED hot and neutral. You’ll connect those to the 2nd light. You’ll also connect the white conductor of the 3-wire going to the other Inovelli, sending a neutral to the other switch.

5 - At the second light box, connect the black from the SECOND Romex (that has the constant hot, but no neutral) and connect it to black conductor of the 3-wire. Cap off the white from the SECOND 2-wire and the red from the 3-wire as they’re not needed.

6 - You have now sent a constant hot and a neutral to the other Inovelli box, which is all you need to power the switch.

Thanks for the diagram. It’s working great.
You can actually get away with making changes only to the second light box. Which was easier in my case because the first light box was 10 ft from the ground above the stairs. So not easy to access.

In the second box I did the following

Then on first switch I also connect the red on the line and on the second switch I connect red to the line and white to the neutral.

And after association it works great