Lights not turning off fully

I got my shipment of 20 Red Dimmers and 10 Red On/Off switches recently. I have been slowly installing them around the house. My house was built in 2017, so the wiring is all current and everything has neutral wiring. My house has a lot of “can lights” which are actually just flush mounted LED lights. I am having issues with these lights and the dimmers. When they turn off, the LED lights stay on at the same level as they do when you manually dim them all the way down. I’ve seen a few of the posts on here that are a bit older and seems like most people are told they need the bypass.

This is the 2nd house I’ve done this with, and the last house had all LED lighting as well, and used GE switches and never had an issue so I wouldn’t expect to have one now.

The lights are for sure dimmable. I made sure they were before I had them put in as I knew this project would be coming.

A few things to note:

Is there anything that can be done to resolve this aside from buying bypasses? The fact it goes away partly in a 3-way setup is confusing to me.

The issue usually is the LED drivers. Each manufacturer has a different driver/part/manufacturer and you can get a wild amount of results by switching LED brands. Either try using a different LED (there’s a list on here of ones that seem to work the best) or the Bypass will be the ultimate fix.

Do you know why they turn off as expected when used in a 3-way setup? At full brightness these 4 lights are drawing 63watts.

As you can see, when the lights are “off” they are still pretty bright. They are very obviously on even in daylight. 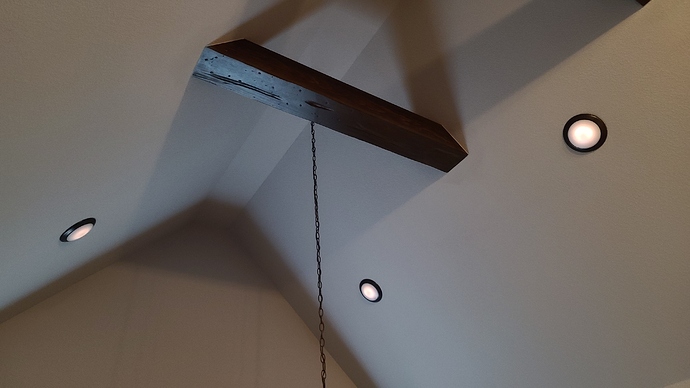 In my example, I had a 3-way setup for my cabinet lights. It was a neutral setup as well. I changed out the Halogen bulbs to LED (Amazon buy) and have the same issue for the On/Off switch and Dimmer. I probably could’ve spent more time looking at bulb replacements, but it was cheaper to buy the Bypass than replace bulbs (12 bulbs each time). In the 3-way, I always had a small amount of voltage present to the lights, and it was enough to cause them to illuminate no matter how I had it setup.

Pretty good read if you have the time:

Well, I suppose we can just add these to a list of lights that are not compatible with the Inovelli switches.

I might buy a few of these and see how they work. However, they actually have a list of compatible dimmers and only show a few. But at least if they don’t work I can just return them. 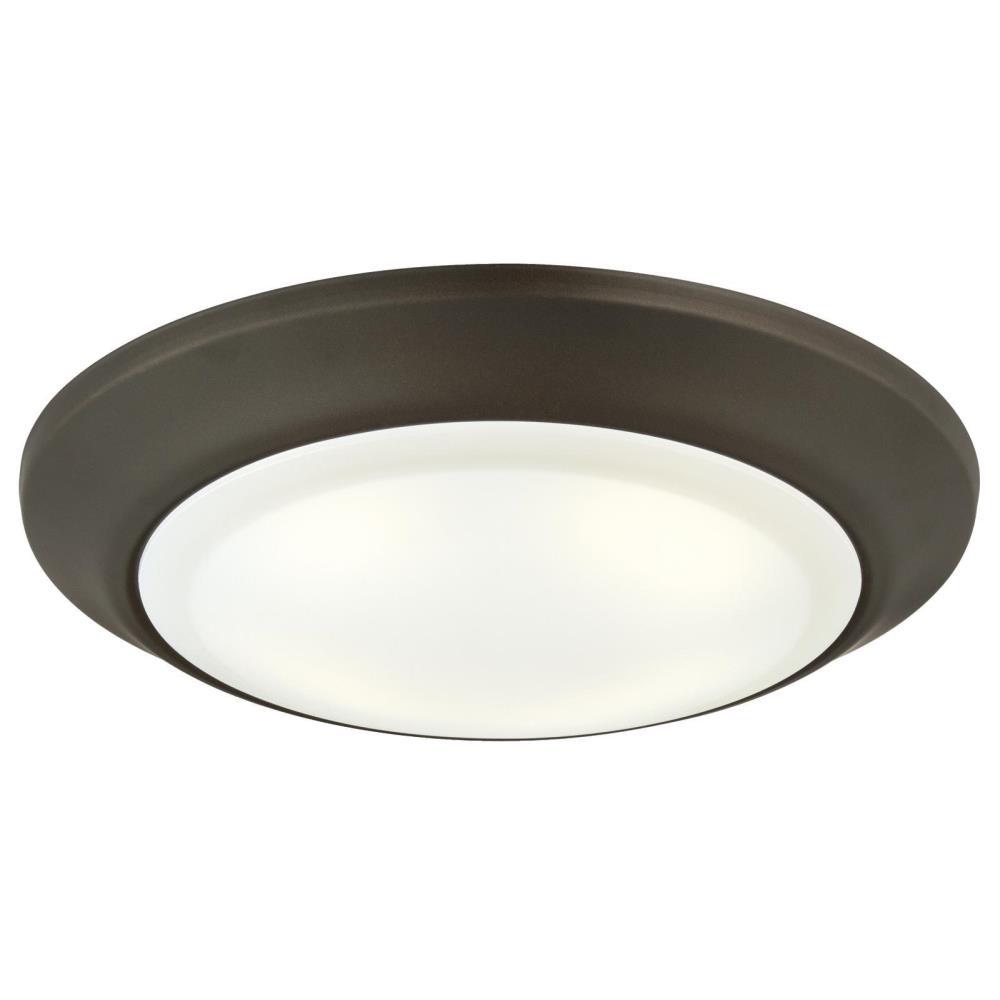 This Westinghouse indoor/outdoor LED surface mount has a low profile appearance in oil rubbed bronze finish with a frosted lens. It offers energy-efficient lighting ideal for wet locations such as showers, 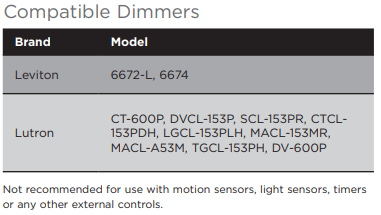 Yea, it kind blows that not all things are created equal. In my next house, I plan on finding a compatible style can light just to ensure I don’t need to have bypasses everywhere.

Well, I suppose we can just add these to a list of lights that are not compatible with the Inovelli switches.

Done, thanks for letting us know – and sorry they aren’t compatible

I’m going to make a post shortly to ask everyone what bulbs are/are not working with the various switches as I’d like to update the KB article.

Yea, it kind blows that not all things are created equal.

Got my bypass in and tried it out on one switch and it does work as expected.

So is it safe to say that even though I have a neutral wire setup, the way these switches are designed to be compatible with non-neutral setups, that they don’t fully cut the power to the load side as expected? Even when you have them setup as a neutral setup? I thought that was the point of having the option in the setup.

that they don’t fully cut the power to the load side as expected?

I’m not sure if it does cut it to zero or not; however, I was finding about 35VAC from the traveler line, so that is what was causing it to illuminate.

This switch is not a 3-way. Single switch, neutral wire. Nothing attached to the red terminal. Total load of lights was 36watts.

I did have some that were on a 3-way, and those only stay lit with the dumb switch was in one position. The other way they turn off normally.

That’s why this is so confusing to me. I shouldn’t need a bypass when there is a neutral wire involved. It should be completely switching off the power to the load in a neutral wire setup.

Agree; however, I didn’t engineer it so I don’t know if the non-neutral to neutral parameter change is supposed to make the load “open” or just reduce the voltage about since it’s a MLV.

Do you have any voltage coming out of load? If so, how much?

I just kinda pressed the I believe button and kept the bypass installed.

Do you have any voltage coming out of load? If so, how much?

So even with a neutral wire setup, voltage never gets completely cut to the load.

Just to confirm the switch is in neutral setup correct?

My own results led to the same results. There was still VAC flowing through and causing it to illuminate the LEDs. Fortunately, the rest of my house I haven’t had any issues; just the under cabinet lights.

Yes, all my switches have a neutral wire, and I’ve configured it as such.

@Eric_Inovelli - Do you have a test bed still setup with a dimmer? Can you check for voltage on the Load output of the switch? If you see voltage, could you ask the Eng Team if a neutral is connected how come the Load still outputs voltage out when off? Is that normal behavior?

Yeah, I can take a shot at this tomorrow!

EDIT: @harjms – I just PM’d the manufacturer and added you to the PM in Teams

It’s not uncommon for dimmers to leak voltage. They just do. They’re not like switches that have relays.

@Bry - Agree, but you’d like they’d be able to put some resistance on the output to limit the leakage. Almost 50 volts is a bit much…