LZW30 not turning off completely

My new on/off switch does not turn my lights off all the way when I turn it off! It dims but does not turn off. The lights are 2 pendants with 1 G8 2.5W bulb each. I thought this was only an issue for non-neutral dimmers. This is an on/off with a neutral installed. It is not a 3-way so wiring was simple. Any ideas what might be causing this?

Hey @iderdik - this is definitely interesting. Let me check with the manufacturer tonight.

Do you happen to know the name brand of the bulbs?

Sorry for the inconvenience, we’ll get to the bottom of it!

@Eric_Inovelli -These G8 bulbs are similar to my under cabinet lights, although mine are more than 2.5 watts. I do have a 3 way, but the lights still don’t turn off completely.

Interesting, OK I’ll pick some up to see what’s going on.

Edit: @harjms can you let me know what the brand name is of the fixture you have the G8 bulbs in? @iderdik can you also let me know the brand or fixture type (or where you got it and I’ll try to find it)? I’m going to try to put the same setup together.

@Eric_Inovelli - I’ll have to wait until I get back home. I think I have my standard halogen bulbs still, so I may try those when I get home. My biggest struggle is getting the 3-way fixed. 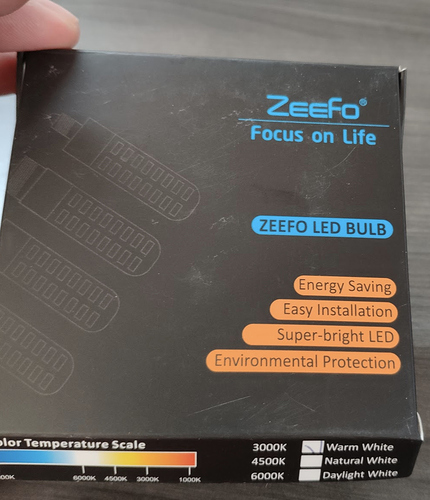 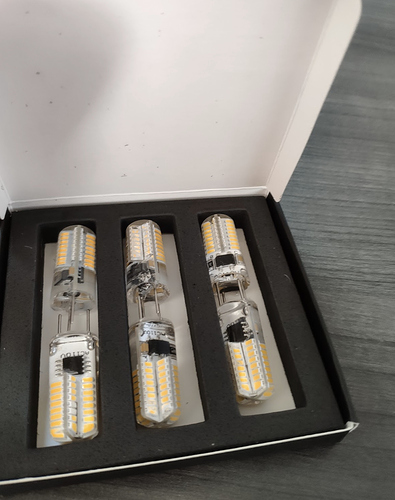 @iderdik – hopefully these are similar to what you have.

I’ll be able to test them out when the lamp portion comes (hopefully in a couple days). I may also get antsy and just see if Lowe’s or Menards has them.

Side note: these things are kind of cool – I’ve never seen them before. It’s interesting that they fell rubbery instead of like glass.

Yep, those look like mine. They look great in certain pendant lights. Looking forward to seeing what your setup shows!

The brand of fixture is Restoration Hardware (and I’ve included a pic of them “off”), I’m not sure if they are reselling another brand though. 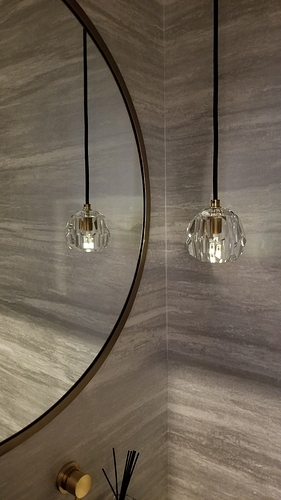 Ok, I have an update here – I did some tests this morning and, while I’m not 100% sure what they mean yet, I do have some positive results.

Here’s what I tested:

Scenario #2 - On/Off Switch (Single Pole) - With Bypass Installed: 1x G8 bulb
Now, the bulb does not turn on, nor off.

Scenario #3 - Dimmer Switch (Single Pole) - With Bypass Installed - Non-Neutral Setup: 1x G8 bulb
This worked perfectly. Bulb dimmed up and down and turned on and off as expected.

Scenario #4 - Dimmer Switch (Single Pole) - With Bypass Installed - Neutral Setup: 1x G8 bulb
This worked perfectly. Bulb dimmed up and down and turned on and off as expected.

Scenario #5 - Dimmer Switch (Single Pole) - No Bypass Installed - Neutral Setup: 1x G8 bulb
This did the same thing as Scenario #1 – bulb stayed on when dimmer was off.

So, while I haven’t figured out what is going on with the On/Off switch, I was able to get this to work with the Dimmer switch with a bypass installed. I’m guessing it’s something with the neutral wire, but I’m not 100% sure.

I’m shipping over the G8 bulbs to the manufacturer for them to run their own analysis, but I’ll also reach out to you both in regards to next steps.

Edit: The positive news I was referencing is that I was able to get these to work with a bypass and dimmer switch lol

@Eric_Inovelli - Great news! Wasn’t planning to have under cabinet lighting connected to dimmer model, but if it solves the turn off issue (dim) then it could be an easy solution for me. Hoping the 3 way issue gets fixed with manufacturer taking a look at it too.

At least we’re not crazy! I’d be more frustrated if you couldn’t reproduce it. I’ll stay tuned for further updates. Thanks for the thorough analysis!

I guess I should have added mine to this thread since I have the same bulb and issue.

@Eric_Inovelli Even if I got a dimmer to solve this, won’t I still need the neutral for my 3 way installation? That’d imply that I’d also need to get a bypass then. Hopefully, the manufacturer can figure out what’s going on with the on/offs and a firmware update could solve this.

Even if I got a dimmer to solve this, won’t I still need the neutral for my 3 way installation? That’d imply that I’d also need to get a bypass then. Hopefully, the manufacturer can figure out what’s going on with the on/offs and a firmware update could solve this.

You wouldn’t technically need it, but it’s probably better that you use it so you can take advantage off all the special features. Yes, you would need a bypass. Again, I’ll PM you as well as the others with G8 bulbs and I’m going to start a list of compatible bulbs for the On/Off’s too and list this one as non-compatible so others can hopefully know ahead of time.

I’m hoping it’s a firmware fix too, but my gut is telling me it’s a hardware issue.

Add me to the list with this issue. I have 4w non-dimmable led for a total of 12w, apparently this is to low for the switch. When I switched out a single bulb for a higher draw LED bulb, the lights would turn off completely. Somewhere between 13w and 19w and it works as expected. Although I would expect the lower draw bulbs to work fine as well.

I’m having the same issue with the led recessed fixtures in my house. I believe they are around 14 watts. Did not have an issue with the Gen 1 switches. Hopefully there is something I can do to fix this. I did submit a ticket for the issue. Here is a link to my Lights
Sea Gull Lighting Traverse II 6 in. White Integrated LED Recessed Kit
https://www.homedepot.com/p/Sea-Gull-Lighting-Traverse-II-6-in-White-Integrated-LED-Recessed-Kit-14701SC-15/303060377

@Eric_Inovelli I had the same issue as a 3 way circuit so I removed the 3 way part of the circuit. Now I can control the lights, but since it is still a low wattage LED light string when I turn the switch off the lights are still on dim. I would rather not waste one of the Dimmers I have for this location since it will only be holidays and we would not be dimming them.

I fixed this by adding one of the Bypasses that I received for the Dimmer setups. Now lights turn on and off with out dimming.

I’m loving these switches so far but I’ve got the same thing going on with a LZW30-SN I installed on Friday.

It’s controlling about 48 feet of rope light in the ceiling cove of my bedroom; it’s not part of a 3-way circuit. It pulls about 33 W when it’s on.

When the switch is off there’s still some amount of power making its way to the rope light because it’s on ever so dimly. Can’t really notice it until the room is pitch black.

Is firmware version 1.09 the latest?

Is there any update to this issue? I was referred here as a solution to a support case I opened with lights glowing after putting a black switch in.